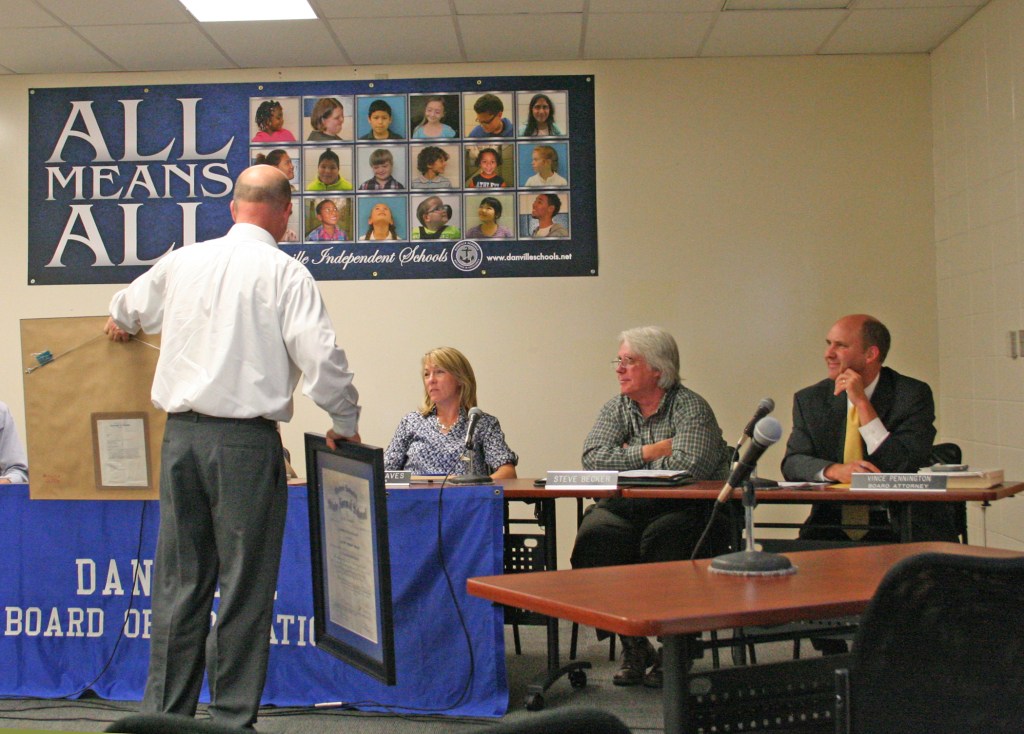 The Danville Board of Education was given a few pieces of history during its meeting Monday night, memorializing two of the district’s former teachers.

District Finance Officer Paul Dean presented two diplomas to the board. Both from the Kentucky Normal and Industrial Institute, the first diploma belonged to Lillian Ellen Caldwell, who graduated in 1920, and the second belonged to Mattie Wilson Sallee, who graduated in 1917. Both women were former teachers for the Danville district.

“These were things that, before she left, (former district Finance Officer) Joy (Campbell) had done for the board and (she) asked me when I came on if I would make the presentations because she would not be able to,” Dean said. 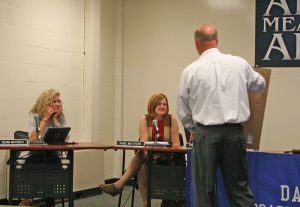 Campbell, who retired this year, found the old documents and got them preserved and framed so that they could be displayed at the board office, Dean said.

The board also learned about a switch being installed at Toliver Elementary School that would shut off the exterior air flow to the air conditioning.

The addition to the project costs $2,012.50, but could be invaluable in case of an emergency, said Eric Steva, project manager through RossTarrant Architects.

If there was an emergency at the railroad, a switch could be pushed in the principal’s office that would close the intake without shutting off the air conditioning, he said.

“It sounds like a great idea,” Chairman Lonnie Harp said.