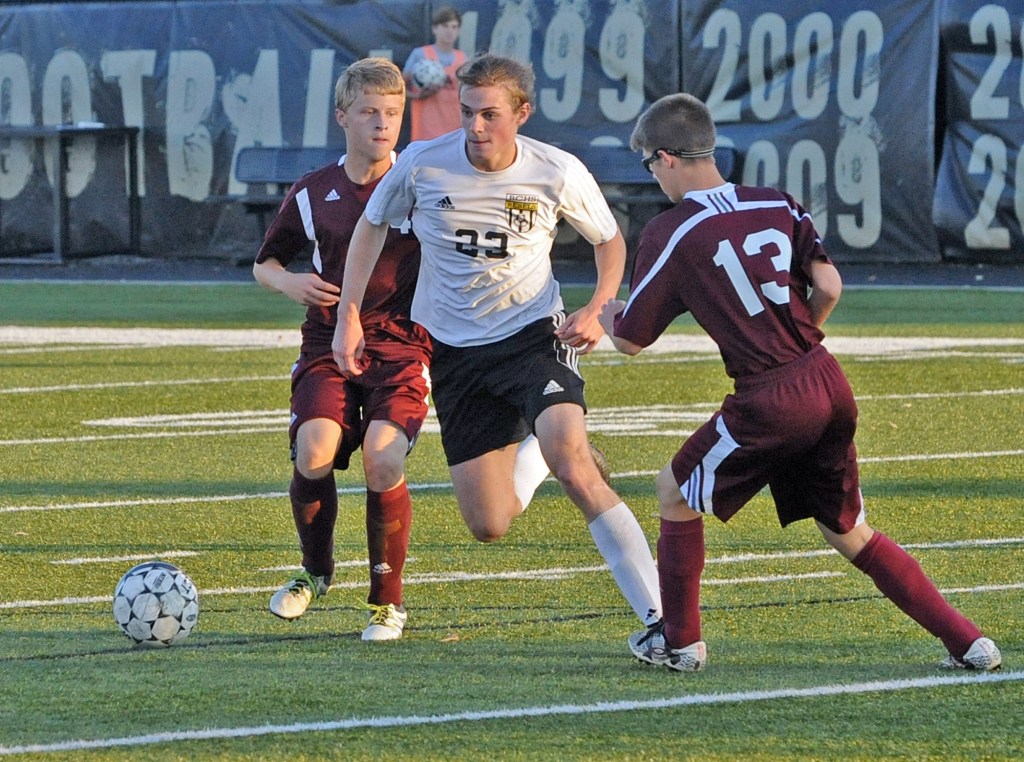 Boyle County and Mercer County each took care of business in their quarterfinal games in the 12th Region tournament on Tuesday.

Now, the two teams who have split region titles in the last two years will face off in today’s semifinals at Rebel Stadium. The two teams are also district champs — Boyle swept the 45th and Mercer swept the 46th — and the two teams have lost just one combined game since Sept. 28.

Boyle beat Pulaski County 4-0 in the first quarterfinal game Tuesday night, with goals from Sergio Mercado, Adrien Van Steenlandt, Riley Cocanougher and Adam Steinhauer. The Rebels rested starters for much of the remainder of the game after going up 4-0.

Mercer defeated Wayne County 7-1, going up 6-0 at halftime with two hat tricks: One from Cody Shackleford and one from Brandon Ballard. Andrew Turpin added one in the second half as the Titans cruised.

Boyle coach Cris McMann said he thought his team played down to its competition.

“I don’t really think they took care of business,” he said. “I think it was another game that lacked intensity. We need to be able to push ourselves to play at a certain level all the time. And we didn’t do that. That could be dangerous tomorrow night.

“(Mercer County), they have no problem with their intensity level. But I think we’ll be all right, they’ll get fired up.”

Mercer coach Garrett Stark said he liked the way his team attacked in its 7-1 win Tuesday. 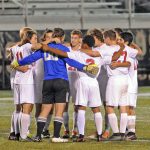 McMann said he thinks part of the reason why his players were “lackadaisical” was because they might have been looking forward to a rematch with the team that knocked them out in the region final last year.

“High school guys do that, they start looking ahead. I wish they wouldn’t,” he said. “We’re excited for it, they’ve been ranked in the top 10 for a lot of the season. You want to play teams that are good like that. They challenge you to play your best and you can see what you are made of. We’ll be looking forward to it, and I know they will too. We seem to be, the last few years, going after each other in the region at some point, in this game or the final. We’re looking forward to it.”

This year could be another exciting contest, but the numbers favor the Titans heading into Wednesday’s tilt. Boyle has losses to West Jessamine (5-1) and Lexington Catholic (5-3), two teams Mercer has handily beaten this season (three wins over West, one 5-0 win over Catholic). The Titans’ defense has given up just 13 goals all season. Boyle has the second-best offense in the region, scoring 89 goals, but the Titans have scored 100.

Stark said his team will be ready for the must-win atmosphere in the semifinal game.

“Every game we play is a tough game, and at this point, it is win or go home,” he said. “We’ll be ready to play tomorrow night.

“It’s always a good game when we match up against (Boyle). Being counties that connect, it’s always a little rivalry there between the schools. We expect the game to be a tough game.”

Stark allowed his starters more time on the field during their victory over Wayne County, helping them get acclimated to Boyle’s turf.

“We like big fields, we can spread things out,” Stark said. “It is artificial and we’re used to playing on grass, but we adjusted tonight to that and I think we’ll be fine tomorrow night.”

The two teams will square off for the first time since last season’s 12th Region championship game on at 8 p.m. tonight, following the Danville vs. West Jessamine game.