Tom Ellis portrayed Samuel McDowell, one of the founders of Kentucky, and father of Ephraim McDowell, as he presented a program on Samuel McDowell to St. Asaph, National Society of Daughters of the American Revolution, at the Danville Country Club on Oct. 14, 2016. 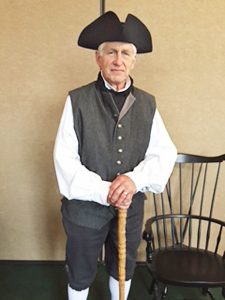 seniors on their special day. Located at 1375 Perryville Road in Danville, Morning Pointe is accepting new residents and will celebrate its grand opening 4:30 p.m. Oct. 25. 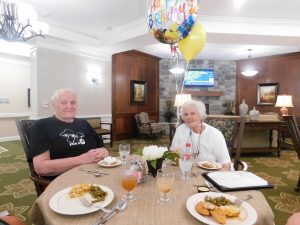 The October meeting of the Garden Club of Danville was an entertaining whirlwind of Halloween and autumn decorating. Club member Deb Cullen, a retired container designer and event planner, demonstrated both lighthearted and elegant ideas for creating decorations from pumpkins, gourds, and dollar store ornaments like spiders and witch hats. Members made pumpkins from cloth wrapped toilet paper rolls, as shown. Left to right, Deb Cullen, Mimi Gosney, Julie Pease, Barb Frank, and Fran Halloran. A drawing was held after the program for the many decorations created by Cullen. 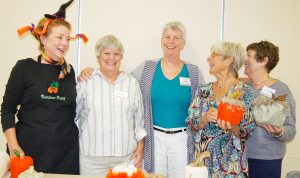 Laura League of Danville, has been awarded the Presidential Scholarship to attend Bluegrass Community & Technical College for the 2016-2017 academic year.

The KCTCS Presidential Scholarship is determined locally with encouragement toward academic merit, diversity of student population and college enrollment goals. The nonrecurring scholarship is awarded to a Kentucky residents enrolled for at least six credit hours and the scholarship award may be up to the amount of tuition for twelve credit hours for fall and spring terms. This award may be used for tuition, books, and other related educational expenses.

League is a 1990 graduate of Willis High School in Willis, TX. As a student at BCTC, she is pursuing an associate’s degree in science. While on campus, she is an engaging member of the Phi Theta Kappa Honor Society and has earned Dean’s List recognition in the spring of 2016. After graduation from BCTC, Laura plans to transfer to Eastern Kentucky University and earn a bachelor of science degree in Computer Science and Mathematics. Her future plans are to teach pre-algebra and algebra to middle and/or high school students. 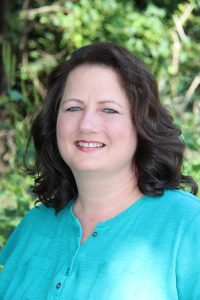 Ten backpacks filled with school supplies were donated to both Burgin Independent School in Burgin, Kentucky, and Woodlawn Elementary School in Danville, Kentucky. The donations were received by Family Resource Director Sharon Perkins at Burgin Independent School and Family Resource Director Liz Gardner at Woodlawn Elementary School. Both schools were very appreciative of the donation.

“We hope that these supplies will make a difference for those students just starting their education and give them confidence with the proper resources to be successful”, said Warden Don Bottom of Northpoint Training Center. Northpoint and KCCD have been partnering for several years on this project. 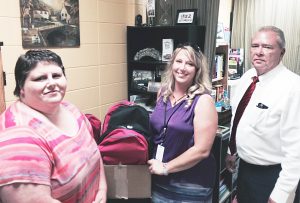 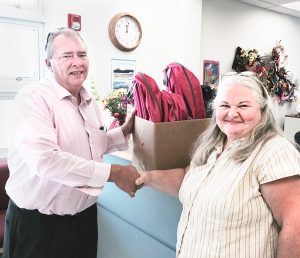