Admirals get ready for yet another big game 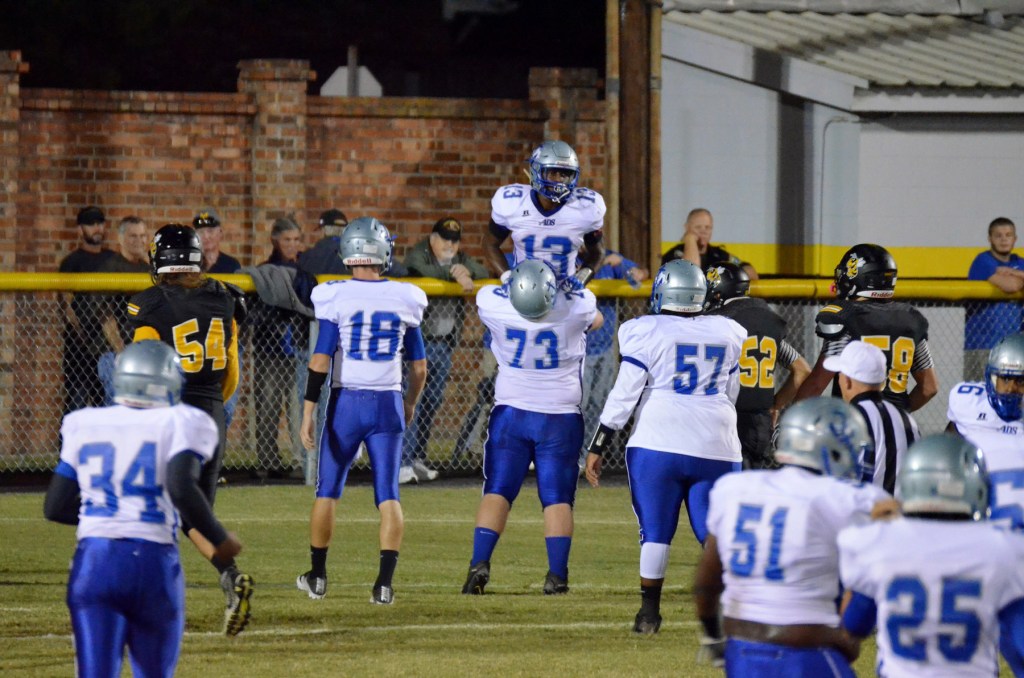 First it was Boyle County, then it was Corbin and then Somerset. Now for the fourth time this season, the Danville football team faces another “biggest game of the season” when the Admirals host district rival Lexington Christian at 7:30 p.m. Friday at Admiral Stadium.

Ads coach Clay Clevenger said this game was important if for no other reason than the timing — with two weeks to play in the regular season, the Ads are 7-1 and 2-0 in the district while the Eagles are 8-0 and 2-0, so the district title rides on the outcome of this game. Both are highly state ranked, with LCA checking in at No. 2 in Class 2A and Danville appearing at No. 4.

But in recent history, the game has been anything but a close rivalry-type game. The Ads have won five straight, nearly doubling up LCA in points, 224-119, in those games. Danville won both meetings last year, including once in the postseason, by a combined 97-21.

According to Clevenger, this year’s meeting has a reversal of roles in terms of experience. The Eagles enter the game with the more experienced squad, a group of players who are hungry after last year’s two embarrassing losses.

“I know in the paper before the season, this is a game they’ve been pointing to for a long time,” Clevenger said. “And it’s the same way with us. We know they’re going to be there and it’s going to be for the district championship. It’s going to be one of those fun nights for high school football.”

The Eagles feature a powerful offense, averaging 49.5 points and 442.6 yards per game. They’re led by running back Dillon Wheatley, who finished second in the Class 2A state track and field meet in the 100-meter dash last season. He has rushed for 3,558 yards and 54 touchdowns in his career. However, he managed only 181 yards and no TDs in last year’s two meetings.

Quarterback Brayden Miller has thrown for 1,140 yards and 15 TDs this season, and he hasn’t been intercepted in 92 attempts. The Eagles will also roll out Logan Nieves, who is more of a running threat from the position. He has rushed for 633 yards and 10 TDs while throwing for 510 yards and five scores.

“They do a lot of good stuff, a lot of good scheme stuff offensively,” Clevenger said. “They got a good running back in the Wheatley kid, who runs extremely hard and has good speed. They have three, four, five kids who can all catch the ball.”

Wheatley will have his work cut out for him again, facing a Danville defense which allows fewer than 90 rushing yards per game on the season and less than 80 over the last four games. They haven’t allowed an individual rusher to gain more than 100 yards in a game since a Week 1 win over Southwestern.

The Eagles will try to pressure Danville with five- and six-man fronts on defense, but the Ads bring their own record-setting offense into the game. Quarterback Zach Dampier is 100 yards away from his second straight 2,000-yard passing season; he’s thrown for 24 touchdowns against four interceptions.

Last week, Dampier eclipsed the 7,000-yard career passing yard mark along with hitting his 79th touchdown pass. Clevenger said its a testament to both Dampier’s athletic ability and the large amount of work he’s put into his craft.

“It doesn’t surprise me because of his character and his work ethic,” Clevenger said. “He’s wanted to be the best quarterback he could be in the four years I’ve been around him, and everything he’s done has been to do that. He’s got talent, no question about that, but he’s also worked really hard, and when you do that, you set yourself up to succeed.

“Last year, we had 10 running clocks and this year we’ve had three running clocks, he could literally be up over 10,000 yards had he played full football games the last couple of years. Whatever milestones he hits over his career, it’s going to be a benefit of how hard he’s worked and how hard his teammates have worked around him.”

This will be the last regular season home game for the Admirals this year, and with everything riding on it, Clevenger hopes to see the stands full of fans.

“When you’ve got two teams who are 15-1 combined coming in playing for a championship, I’d love to see Admiral Stadium packed with Danville fans and even area fans if they want to see a good football game,” Clevenger said.

“You’ve just got to go play the game. We’ll play it wherever they tell us to play, even in a parking lot.”