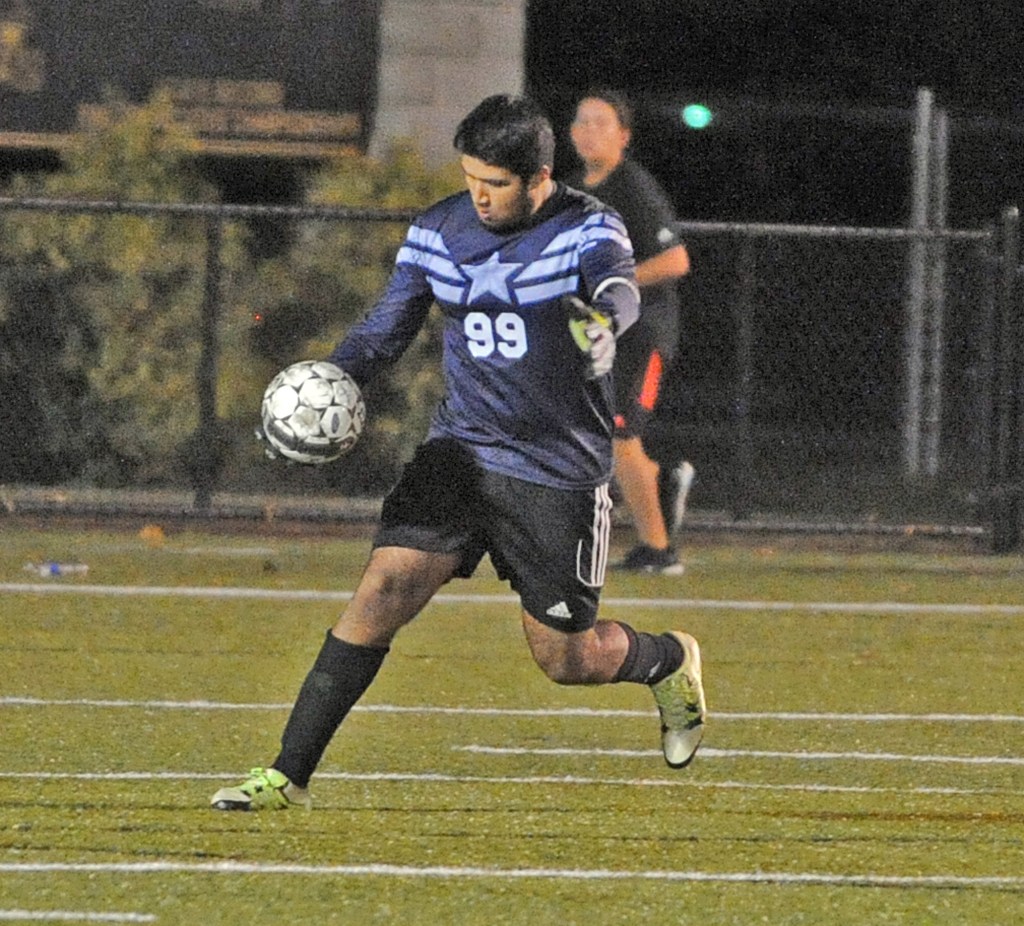 For the second time in three years, the West Jessamine boys’ soccer team eliminated Danville in the second round of the 12th Region Tournament at Boyle County.

This time around, it was West that hung from the ropes on Wednesday following the Admirals’ penalty kick conversion with 22 minutes remaining in regulation; however, a beautifully placed free kick by Oluwadunsin Adeliyi with five minutes left in the match evened the game at one-all, saving the season for the Colts.

It was then, in the second overtime, that West dealt Danville the final blow after Elijah Young booted the ball past the Admirals’ keeper on a corner kick that gave the Colts the 2-1 victory and a spot in the 12th Region championship game.

“Everybody was pushing and giving it all they had,” Danville head coach Brent Beauman said of his team. “West Jessamine just had an amazing, smart play. They played a quick kick. We just weren’t set and ready.”

The resiliency of West was on display after Danville pulled ahead just over midway through the final half. With its season on the line, West’s offense came alive. However, were it not for the solid play of the Danville keeper, Claudio Rodrigiez, the Colts might have not needed overtime to down the Admirals.

Not to be outdone, All-Region awardee and keeper, Trey Miller, also had himself quite a game. He finished the first half with four saves, which included a penalty-kick save that changed the course of the game.

However, Miller was unable to stop the second Danville penalty kick; a PK set up by the yellow card issued to Oluwadunsin.

“He felt like he had let his team down,” West head coach Brock Sutherland said of Oluwadunsin. “The boys were encouraging him to get back in there, and he stepped up and hit (the game-trying shot).”

That shot sent the game into overtime where the two teams battled through a scoreless first extra period. Danville, seemingly rattled by the late-game surge of West, was unable to slow the Colts as West concluded the Admirals’ season just minutes into the second overtime on Young’s goal.

“We didn’t quit,” Sutherland said. “We just kept on fighting. A senior leader steps up and drills a great set piece and in overtime I just felt really good. I felt like we deflated (Danville) a little bit, and I felt like we could get the goal.”

West now heads into the 12th Region championship game on Thursday against Mercer. Danville concludes the season 11-10-1 and falls in the second round of the 12th Region Tournament for the third time in five years.

“We played incredible and overcame a lot,” Beauman said of his team. “And you can’t be more proud of what the boys did.”