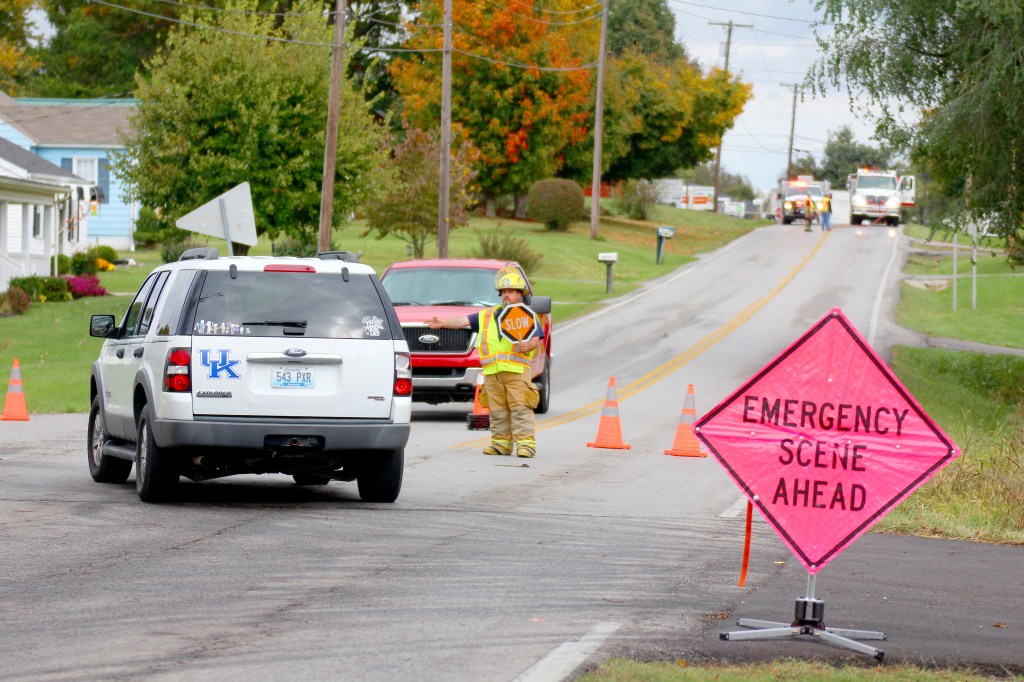 Ben Kleppinger/ben.kleppinger@amnews.com A firefighter directs traffic around the scene of a fatal wreck in Lancaster Friday afternoon.

LANCASTER — One person was killed in a wreck along Ky. 52 in Lancaster Friday afternoon. It was the second fatal wreck in Garrard County in as many days.

Officials released very few details at the scene Friday, other than to confirm it was a fatal wreck involving a motorcycle. Garrard County Coroner Daryl Hodge said the name of the deceased was being withheld until family members could be notified.

The wreck occurred on the western edge of Lancaster Friday afternoon. Traffic was routed around the scene using Ledford Lane. The roadway was reopened just before 3 p.m.

Kentucky State Police are handling the investigation. No one with the agency was immediately available for comment.