COMEDY CARAVAN
Press release
Thursday, Bob Batch returns to kick off Comedy Caravan’s seventh year in Danville.
A Louisville native and touring professional comedian for more than three decades, Batch has appeared on shows ranging from Showtime and A&E to The Today Show and GMA. His first national television appearance was in 1984, on a special for Rupert Murdock with a very 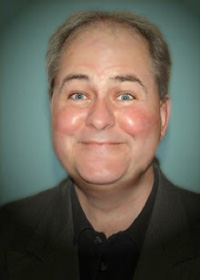 Batch has performed in major comedy clubs from coast to coast and at hundreds of colleges, from Harvard to Yale and Stanford to USC. Batch also followed the legendary comic Robin Williams on stage in New York.
Cincinnati-based comedian Ray Price will be the feature act.
In addition, Wayne Perkey, previously the 840/WHAS morning drive DJ for 25 years, will emcee.