Perry pulls positives out of Garrard loss to LexCath 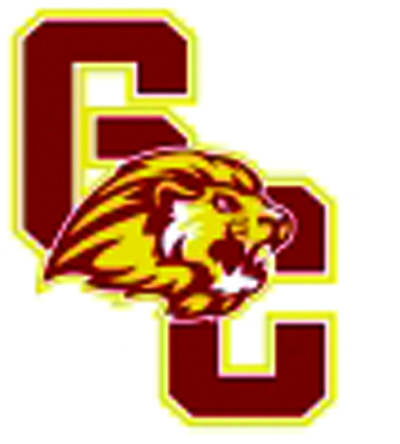 LANCASTER — There would be no victory for Garrard County on this night, but the night wasn’t a total loss, either.

The Golden Lions were doomed to lose their home finale after they spotted Lexington Catholic four touchdowns in the first half Friday night. They never recovered from that, and they fell 63-31 to the No. 8-ranked team in Class 3A.

On the other hand, they did accomplish some things before leaving Dyehouse Stadium for the final time this season. They kept moving ahead even after falling behind, and coach Jerry Perry said they did some things that will help them as they prepare for the coming postseason.

“I think our kids showed some resiliency, I didn’t think they laid down, and I’m very proud of them,” Perry said. “Obviously we still aren’t there defensively, but I saw some good things.”

Those included a sharper focus than he said Garrard displayed a week earlier in its loss to Western Hills, as well an offense that was able to continue doing what it does best.

The game, however, was never close after Lexington Catholic’s big first quarter, one in which the Knights (4-5, 3-0 District 3A-4) took advantage of Garrard’s defense and a couple of big mistakes by the Lions (4-5, 0-3).

Lexington Catholic scored on all nine of its offensive possessions, but the Knights did most of their damage in the first quarter, when they got 152 of their 366 offensive yards.

They needed only two plays from scrimmage to score their first touchdown, a 31-yard pass from Beau Allen to Bo Bennington and a 32-yard run by Dameon Jones.

“We’ve just got to tackle better. It’s hard for us to simulate the speed we see in games because we really don’t have it,” Perry said. “We just need a couple of stops. We don’t have to stop them every series, but we’ve got to get some stops.”

Garrard got all the way to the Lexington Catholic 36-yard line before turning the ball over on a fumble, and the Knights scored seven plays later to make it 14-0. They scored again after the Lions turned the ball over on downs at their own 27, and once more when Henry Holthaus returned a Garrard fumble 64 yards to the end zone in the closing seconds of the first quarter.

“Here’s what’s funny about the entire game: We don’t turn it over, we might be in it,” Perry said.

Garrard got on the board midway through the second quarter, driving 70 yards in 13 plays to score on a 5-yard run by Jacob Foley. Lexington Catholic answered less than a minute later, but the Lions drove 75 yards in 10 plays to score again on a 3-yard run by Foley that made it 35-15 with 61 seconds left in the first half.

“When it’s 35-15 and you get the ball first (in the second half), you feel like you’ve got a shot to maybe try to get back in the game,” Perry said.

Instead, the Lions gave up an 89-yard kickoff return to Nathan Schurr that left them trailing by four scores once again.

“We’ve got to quit killing ourselves giving up touchdowns at the end of halves,” Perry said.

Garrard outgained Lexington Catholic 378 yards to 366, largely because the Lions ran 48 more plays than the Knights. Seventy-four of their 78 offensive plays were rushing attempts, and running backs Devan Logan and Jacob Foley carried the ball 26 times each.

Logan ran for 153 yards, and Foley had 103 in just over half the game before leaving with an injury.

“We just kind of mauled them,” Perry said.

Beau Allen, the most-used of Lexington Catholic’s two quarterbacks, threw for 179 yards and three touchdowns, and Kirk Fagot, used primarily as a running QB, ran for 109 yards and two TDS.

Garrard quarterback Connor Isaccs’ only completion in four attempts was a 20-yard touchdown pass to Jarreth Davis in the third quarter, and Josh Warren capped the Lions’ scoring with a 6-yard touchdown run in the fourth.

Two Lions left the game with knee injuries. Foley reinjuring the knee he strained two weeks earlier, and lineman Colton Barker suffered what Perry said appeared to be a strained knee later in the third period.

“We’ve got to stay away from injuries. We got banged up again tonight, and we’ll have to wait and see, but we might have to sit people out next week,” Perry said.

Perry said he liked many of the things he saw from the Lions — including a couple of things on defense — as they head toward their regular-season finale this Friday at West Jessamine and a first-round playoff game Nov. 4 at No. 6 Central.

“I’m proud of what the kids did. I think they played hard and that’s all we can ask,” he said. “We’re way outnumbered in a lot of ways, but I think we know what our niche is.”

Casey falls from ranks of unbeatens with loss to…