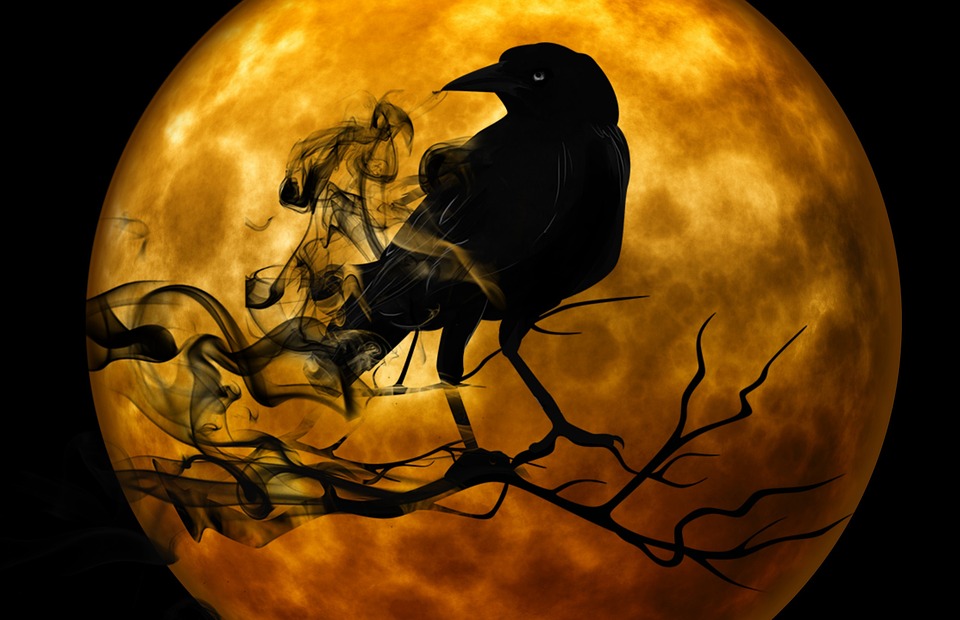 The local community theater’s offices have a seriously deteriorating roof, and its board has worked hard to get the community involved in some Halloween fun to help pay for the work needed to replace it.

West’s Wing, located on Third Street just across from West T. Hill Community Theatre, houses the executive director’s office, stores the theater’s costumes and props, and also is used for rehearsals and auditions. Due to recent leakage, some materials have already been damaged that were stored in the space.

“A final estimate is still forthcoming, but several construction experts predict a cost above $20,000 for a solid, long-term fix,” WTH Board Member Buck Rogers says. He and other board members brainstormed during a meeting, kicking around ideas for fundraisers to help pay the bill.  “A Halloween dance seemed like a natural for a theater and supporters of dramatic art.”

Rogers says anyone who has ever been involved with fundraisers for non-profits knows there is a huge amount of work involved. “But I think the theater may benefit by giving our supporters a fun opportunity to mingle. Making some money to defray the costs we face will also be a bonus, but we think the pure fellowship and pure fun of a Halloween bash will make this affair a memorable one that may be worth repeating each year.”

The event will be held at Pioneer Playhouse Saturday, a venue he says the board felt was perfect for a costume party. “And Robby and Heather Henson have been very supportive of the effort,” he says.

“When folks from West T. Hill came to us and asked if we would provide space for their fundraiser, of course we said yes,” Heather Henson says, managing director of Pioneer Playhouse. She says on a personal level, her family has a long history with WTH.

“Our families go way back. West was a good friend of my dad’s,” Henson says of the theater’s namesake, West Hill, and her father, Colonel Eben Henson, who founded Pioneer Playhouse. “West taught theater classes at the Playhouse, and as a young girl I was cast in some of the first official West T. Hill Community Theatre productions, directed by the man himself.”

Whether or not the event becomes an annual shindig relies on the participation, Rogers says.

“All of the profits after expenses will go directly to West T. Hill. Some Rock Band, a very talented local group specializing in classic rock, is graciously donating their time and talent to promote the theater. So we hope all of their usual followers will come out and attend to support the theater,” he says.

“On a community level, it’s important for arts organizations — especially theaters — to stick together in these tough economic times. Trying to keep the arts alive against all odds is what both Pioneer Playhouse and West T. Hill are all about,” Henson says.

Rogers agrees. Aside from being a board member, he’s also acted and directed for the theater. He says the fact the theater has consistent audience members shows the community feels strongly about what a community theater adds to Boyle County. The large number of young people who were involved in the acting camps this summer, he says, speaks volumes about the positive educational benefits of the theater, not to mention the theater’s actors and patrons frequently cross county lines to be a part of the shows and educational opportunities.

“For a community of our size, the quality and number of offerings is remarkable and fitting for a town with Danville’s reputation as a community that values quality in all its endeavors.  We want the quality of this theater to become better each year.”

The benefit will include food and drinks (a cash bar after the first drink) provided by Cue. “There will be no auctions, just great music, crazy costumes and excellent refreshments,” Rogers says.

Costumes are encouraged, but not required unless partiers want to enter the costume contest.

Costumes and Cocktails, a fundraiser

will be 8 p.m.-midnight Saturday at

Pioneer Playhouse. Hors d’oeuvres and drinks will be served, with live music by Some Rock Band. Tickets are $50/person; purchase at westthill.com or

Some Rock Band will perform free for Saturday’s Costume and Cocktails. Steve Smith, guitarist/keyboards/vocals for the band, said it was an easy decision to help West T. Hill Theatre. Smith says he personally knew West Hill and his wife, Dorothy.

“My dad was in several community plays, and one of the heads of the 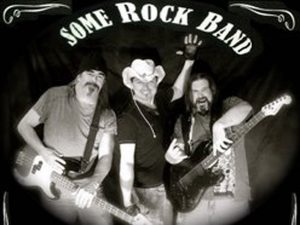 committee for the theater benefit show, Buck Rogers, was our drummer’s high school principal, as well as a friend of mine for many years,” Smith said.

Smith said the group, as musicians, feels it’s their responsibility to help all avenues of the arts in the community. “So whether theater, music, painting … everyone should have access to that.”

As far as what partygoers can expect from the band — including Garland Fredericks on bass and vocals, and Tim Scott on drums — Smith says it’s easy: they are just three old, cool dudes having fun playing music.

“They can expect a bad ass classic rock experience of fun, dancing, games and memories to both make and reminisce of a younger and more free time. A good time for everyone. We have fun. You’ll have fun.”