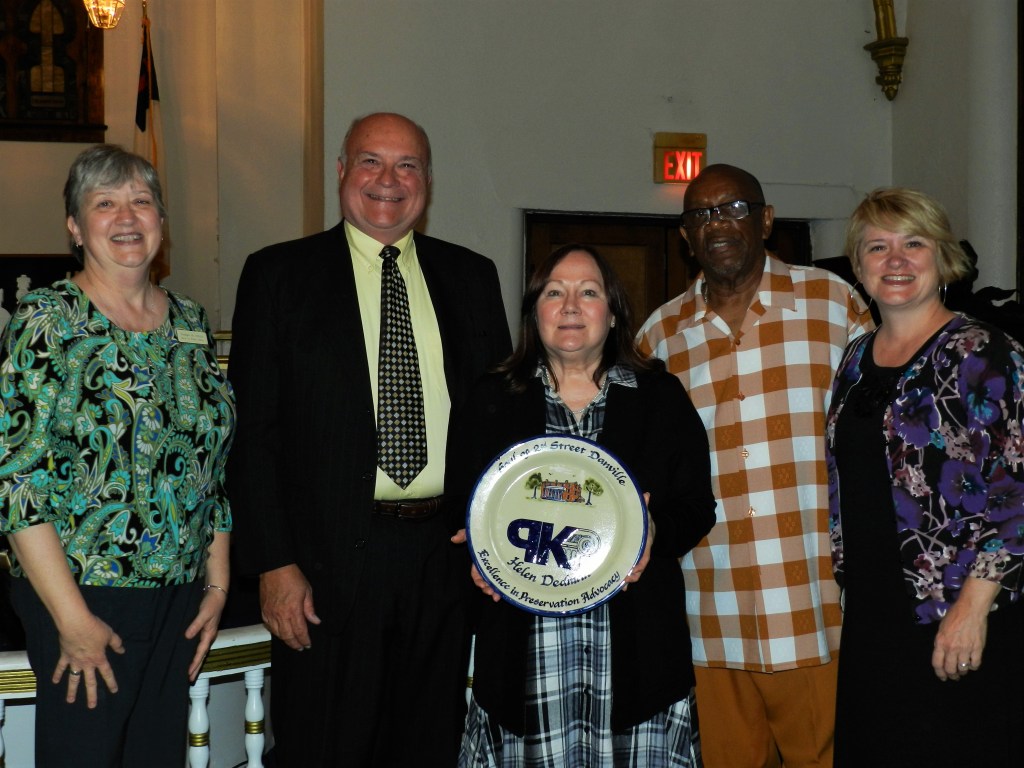 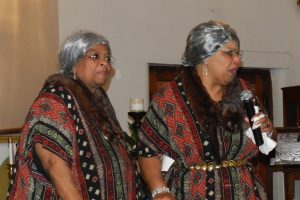 Joann Brown, left, and Sarah Gray, known as “The Old Sisters” of Woodford County, entertained with a skit of “times gone by” at the awards celebration Thursday. Sarah is the mother of the Rev. Darrick Briscoe of Danville.

Three local organizations have received state recognition for combined efforts to bring back public awareness to the forgotten business district along Danville’s Second Street, which was the heart and soul of African-American commercial, social and religious activity.

The district was lost in the 1970s when Urban Renewal razed many of the buildings.

The three groups were honored Thursday night with a celebration dinner and program at the historic St. James AME Church, hosted by Barbara Hulette, a member of Boyle Landmark Trust.

Mayor Mike Perros called the project one of the most practical ways to appreciate what we have before it is lost.

Perros said he remembers when businesses operated by the community were a normal thing.

“The Soul of Second has brought back harsh memories of buildings and helped us to realize as a society how far we have come,” he said.

Betsy Hatfield, executive director of Preservation Kentucky in Frankfort, presented the award. She said the project represented a lost piece of history and a forgotten community until the efforts of the group put time and resources into a generation of memories.

“The Heart of Danville and Bethany Rogers helped make all of this come true,” said Tom Polland, a representative of the Main Street agency.

The agency collected oral histories and documentation of life along the once busy street and published a brochure that won “Best History Publication” from the Kentucky Historical society in 2014.

Georgia de Araujo, library director, gave credit to Mary Girard, reference librarian, who is devoted to research at the library, for her work with the program.

The library created a photomural showcasing the history of the black community, with images of Second Street, the center of African-American life in Danville from the late 1800s until desegregation.

The buildings were demolished during Urban Renewal, effectively removing the physical history of the street. But memories of what it was like live on with now elderly people who have stories and photos to share.

Mike Hughes, co-founder of the African-American Historical Society, which was organized in 2014 to promote local history, said work will continue on documenting the story and significance of Second Street.

With the Heart of Danville, Hughes helped with plans to organize the “Soul of Second Street” festival. Food, music and photo displays were featured. Hughes said Second Street festival has been successful the past two years and plans are to expand it to a two-day event in 2017.

Robbie and Heather Henson at Pioneer Playhouse were inspired by the story of Second Street and Robbie wrote a play about the area.

An exhibit of  memorabilia  of Second Street also was on display.