Second time’s the charm? Titans hope to find out in state tourney 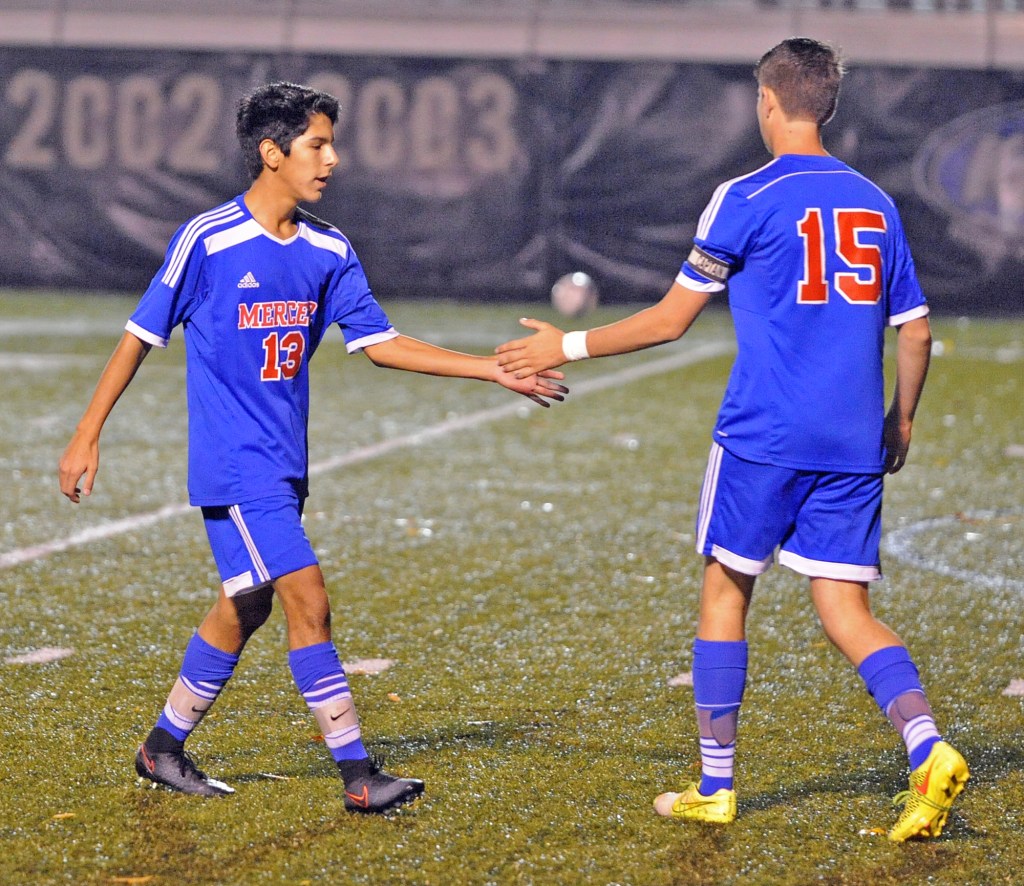 With a year of experience in the state tournament under their belt, Mercer County boys soccer coach Garrett Stark hopes the Titans aren’t awestruck when they travel to face Covington Catholic for a semi-state game between two top-10 state ranked teams at 7 p.m. Tuesday. The game will be played at Dixie Heights.

Last year, the Titans made their first appearance in the state tournament since 2012, and Stark felt it showed in a 2-1 loss to Henry Clay.

Mercer has won 42 games over the last two years, including this year’s 21-2-2 mark. Their season has included a 14-game unbeaten streak to open the season and a six-game winning streak entering the state tournament.

The Titans are 6-1-2 in games decided by two or fewer goals, the most recent being a 4-3 double overtime win over Boyle County in the 12th Region semifinals and a 2-0 win against West Jessamine in the championship.

Stark said games such as the win over the Rebels give his team experience and confidence entering what will be a difficult road through the state tournament.

First up is a match against Covington Catholic (19-5-2), the 9th Region champion that’s won 11 of its last 12 games. The Colonels have outscored their last six opponents by a combined score of 32-1. Senior striker Griffin Lamb has 30 goals and 14 assists to lead the team.

It’s nearly two hours from Mercer’s campus to Covington Catholic in northern Kentucky, so Stark said the Titans will leave early Tuesday after breakfast. Once they get up there, they’ll spend time at a shopping mall as a team.

They also have a reservation at an indoor facility in the area so the players can work out the kinks from a long drive.

If the Titans can win the first state tournament game in program history, they’ll advance to a much closer game — quarterfinals, semifinals and final are all held at Fayette County schools — against the winner of Louisville Collegiate or Butler, two schools with a combined 42 wins in 49 games this season. Collegiate is the top-ranked team in the state with a 23-1-1 record.

It’s no guarantee the Titans will make it that far. But they’re learning their lessons from last year’s experience to give themselves a better shot.