Boyle school board chairman faces challenger for seat in November 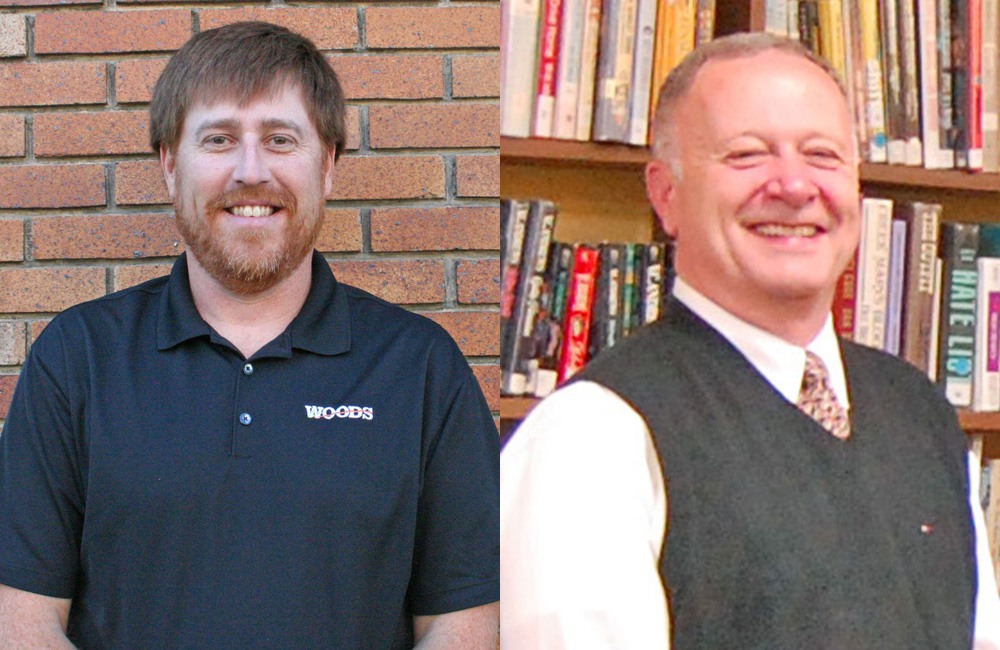 There are two names on the ballot for the Boyle County Board of Education, which has one seat up for grabs — the seat currently occupied by Board Chair Steve Tamme.

• Matthew Ellis, a Boyle County native, is challenging Tamme for the seat.

Ellis, who has a teen who is a sophomore at Boyle County High School, a 3-year-old, and a 19-month-old son with down syndrome, said he wanted to run for school board because he felt it was “time to get involved.”

“I wanted to have a voice,” he said. “I’ve always had an interest in the school board and in schools.”

Ellis is a sales representative for Woods Equipment Company, a farm implement company, and travels daily around the state for work. But, he said, he is able to be home every night, freeing him to be involved in school events.

Ellis and his family live on U.S. 150 (Perryville Road), and his children started or will start their Boyle County school careers at Perryville Elementary, although his youngest two are currently attending Wilderness Trace Child Development Center. He said he has a fondness for Perryville Elementary School.

It’s important, Ellis said, to keep Perryville and Junction City elementary schools in their communities and moving forward. He’s heard rumors of consolidation, which he is dead set against.

Making sure that the board is an open book is a priority, Ellis said. He said he hopes to see more community interest in the meetings, and added that perhaps more community forums, such as the one regarding the new middle school, would be the way for the community to feel more comfortable about coming to the board.

“I had many tell me they didn’t know they could attend that meeting,” Ellis said.

He said he’s proud of the community and thinks that things like the failure of the petition on the nickel tax are a sure sign that the residents of Boyle County are behind the school district.

“That says a lot for the community,” he said. “The community is 100 percent behind the school system.”

Ellis said he had nothing negative to say about his opponent.

“I don’t have anything bad to say against Steve … I appreciate Steve,” Ellis said. “I’m not running to replace him, I’m running because it’s something I need to do.”

• Steve Tamme has been on the Boyle County Board of Education for 12 years and is rounding out his third term. He’s been board chair for about 10 of those years, he said.

Tamme, who has children who are graduates of the Boyle County School District, said he is proud of the direction the district is going.

“We’re in a very positive trajectory right now with our Boyle County School District and I feel a need to stay involved in getting the middle school constructed, or at least started,” Tamme said.

“I’ve got some pride in our Boyle County School district. We have been successful — I’m amazed we’ve reached a point where we can build a middle school. Probably eight years ago, I would have said there’s no way we could.”

Tamme said he is grateful to the community for the passage of the nickel tax and the ability to get the urgent need funds, two things without which the school construction would still only be a pipe dream.

“A lot of good has happened in the last several years. I would like to think I have a part in the positive trajectory that we have going on right now.”

Tamme works at the United States Department of Agriculture Rural Development office. If he had to choose a “big” concern, it would simply be making sure the district continues to perform as one of the best in the state.

“We are ranked fourth in Kentucky and the number one county district in Kentucky. The kids continue to succeed, even outside Boyle County … our extracurriculars are well-known, statewide, from clubs to academics,” Tamme said.

Tamme said he would like to be able to see how things progress, and continue working with the other members of the board.

“I can’t really nail down a big issue. It’s not a big issue, it’s more about continuing on the path we are on,” he said. “I don’t mean to say we’re perfect. I’ve had my concerns. Once you’ve been in the top 10, how do you stay in the top 10? Parents, students, staff, everybody keeps it there, keeps it sustaining and keeps it going in the direction that we’re going.”

“I’m pleased with where our district is. I would like to continue the path that we’re on.”