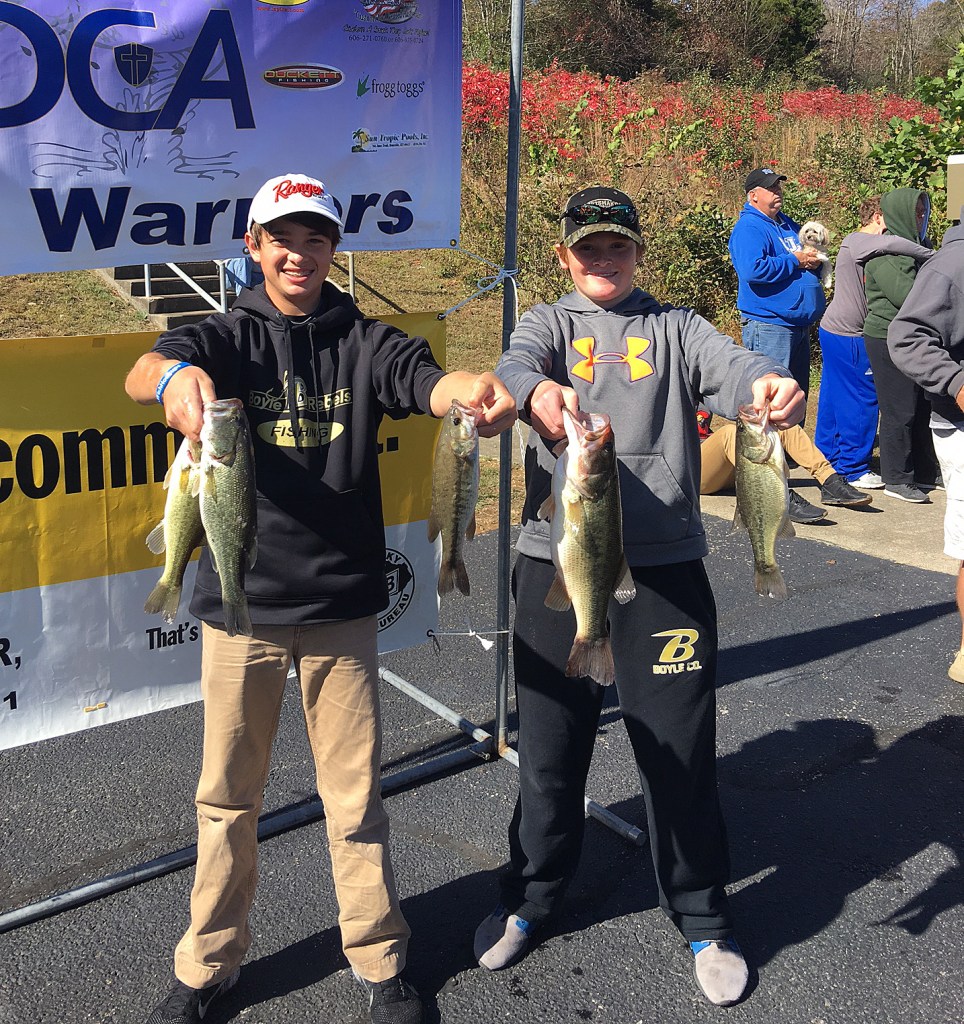 Clay Christopher and Coleman Clark each finished third for the Boyle County bass fishing team during Saturday’s DCA Green River Tournament. The result means the duo have qualified for the DCA Championship in May.

There were 73 total boats on the water, with Boyle sending out 28 student anglers.

Christopher and Clark came in with a five-bass limit and with a kicker largemouth bass weighing 3.39 pounds.

“In our tournament, I learned many lessons throughout the day,” Clark said. “It felt great on the ride to the weigh in with five fish in the live well. Even though I knew we might have won the whole thing, I was thinking of the song ‘We Are The Champions’ all the way back to the dock.”

Christopher said, “We started strong with a fish in the first five minutes. We caught a dozen or so fish today and six keepers. We culled on back to upgrade our limit. We fished jigs and plastics all day. I believed that we were going to finish in the top 5 of the pack the whole way back to the dock.”

Boyle was again the largest team at the event. Nate Smith and John Yeager were the second-highest placing Boyle team with 2.96 pounds, followed by Hagan Gerlach and Tyler Devine with 2.63 pounds.

“We are getting better each tournament,” Boyle coach David Christopher said. “Several of our teams finished in the top 15 boats; out of 73, that’s impressive.”

The Rebels will be back on the water Nov. 5.