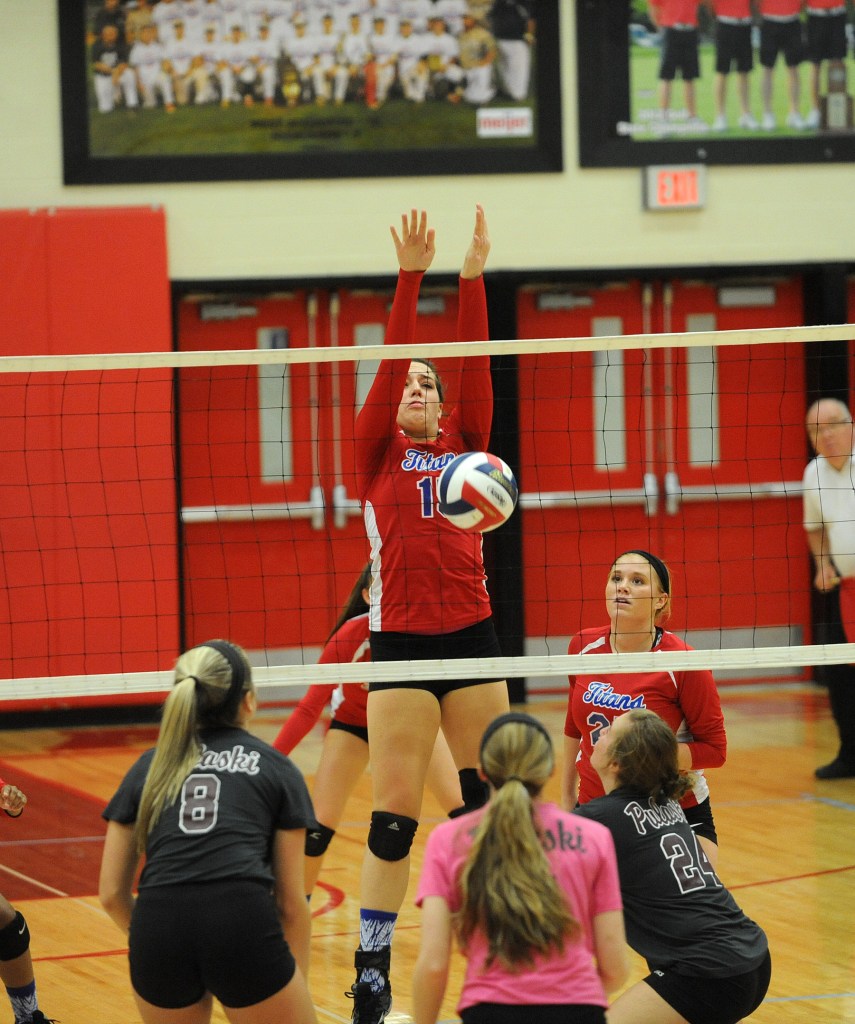 NICHOLASVILLE — If the first pass doesn’t go as planned, nothing else matters.

A bad pass derails the entire offensive attack, and that happened far too often to Mercer County on Monday night.

Passing proved to be a problem the Titans could not overcome in their first-round match against Pulaski County in the 12th Region Tournament. They were swept in three sets, falling 25-15, 25-11, 25-17 at West Jessamine.

Pulaski (24-4) caused plenty of problems for Mercer (14-18) with its powerful hitters and a solid back line, but Mercer coach Lynn Flach said the Titans’ troubles started on their side of the net.

“We had a hard time passing tonight,” Flach said. “Usually we do pretty well passing, but tonight we just struggled with it. When you can’t pass, it takes you out of your whole entire game.”

Why did Flach think Mercer’s passing game wasn’t up to par?

The Titans were making their third straight regional appearance, but they haven’t made it out of the first round in any of those three years.

Pulaski, meanwhile, has had considerably more success on the regional stage. The Maroons have made the finals in four of the last five years.

And they played as if they belonged right from the start Monday, pulling away from a 6-6 tie in the first set with an 8-2 run, then clinching the set with a string of eight straight points that made it 24-13.

It was more of the same in the second set, in which they raced to a 13-2 lead and never allowed the Titans to get closer than nine points.

Mercer was handicapped by the absence of senior libero Katelyn Armstrong, who left school earlier in the day and was taken to the emergency room with a possible attack of appendicitis. The Titans suffered another blow 10 points into the match when junior Janelle Taylor suffered an ankle sprain.

“We weren’t full-powered, and those things just trickle down,” Flach said.

She said other parts of Mercer’s game in addition to passing, such as blocking, that are usually strengths weren’t working so well in this match, either.

Mercer saved its best for last, however, playing its best in the third set. The Titans led 6-1 after an ace by Kennedy Bryant, but Pulaski’s Sydney Parmelee served four aces during a 9-0 run, and the Maroons went on to lead 23-9.

The Titans made one more run, however, scoring eight straight points in a run kick-started by consecutive blocks by Tori Long to pull within six before Pulaski closed out the match.

Flach said she was glad to see her senior-heavy team finish strong.

“That was more like what we play like,” Flach said. “They didn’t just lay down and quit.”