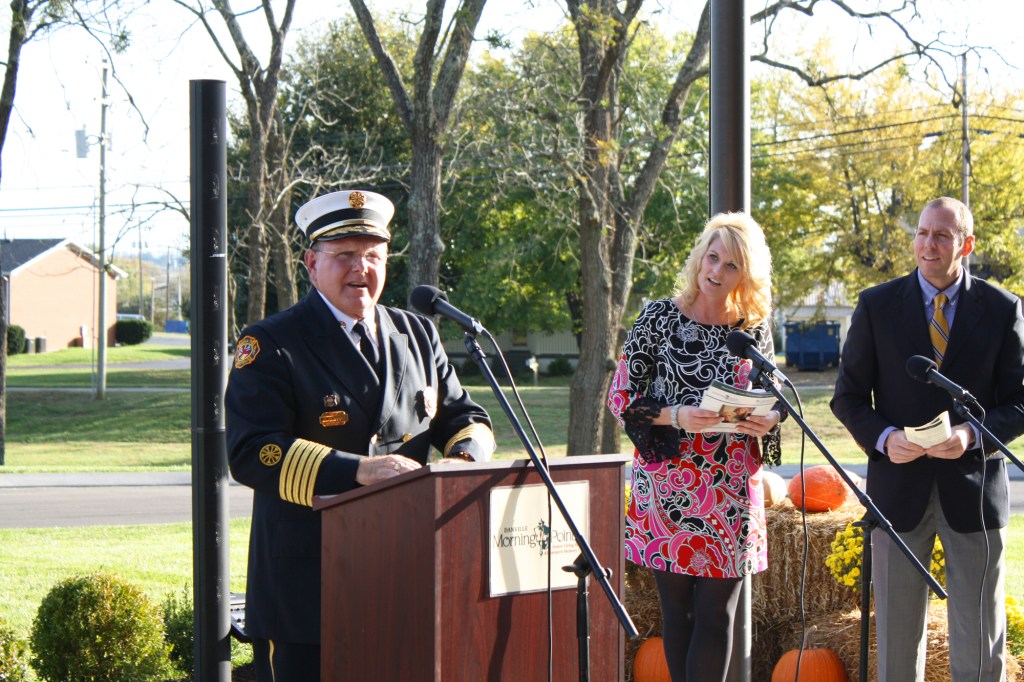 Kerry Steinhofer/kerry.steinhofer@amnews.com Boyle County Fire Chief Donnie Sexton, whose father is a resident of Morning Pointe, spoke at the grand opening ceremony for the facility.

“Our commitment to Danville is part of a tradition that Morning Pointe has across the commonwealth of Kentucky,” said Greg Vital, president and CEO of the company. “We’re in over 15 locations, and we’re excited about being here.”

Those who came out to the event were able to enjoy the ceremony and ribbon cutting with guest speakers and special music provided by the Danville Christian Academy Praise Team. Following the program, guests were also served refreshments while taking a tour of the building.

Those who spoke at the ceremony were Mayor Mike Perros, Judge-Executive Harold McKinney, Vice President for College Relations at Centre College Richard Trollinger, Secretary and Treasurer of Economic Development Partnership Terry Gilbert and several others.

“We couldn’t say thank you enough to both Danville and Boyle County, the chamber and the Economic Development Partnership to make this event occur whether it be through the zoning process, the building process or the grand opening,” Vital said.

“Anybody can build a beautiful building, but what makes this beautiful organization a beautiful place to live is [the people],” Sexton said. “I’m glad you’re taking care of my father better than anybody could have ever expected.”

Morning Pointe also announced that a second building for Alzheimer patients will be placed adjacent to the current structure. Vital said building the second building is expected to take about 16 months. 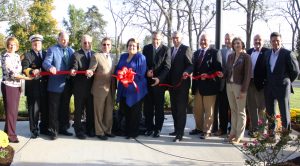