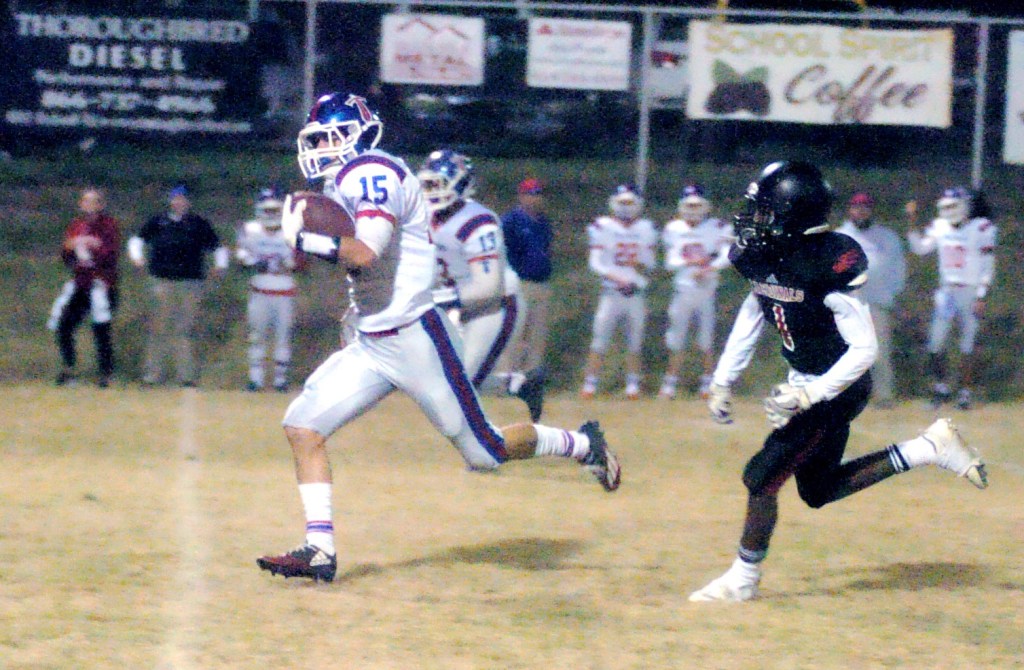 Casey Castle/casey.castle@winchestersun.com Mercer County's Tanner Robins avoids George Rogers Clark's Joseph Happy on a punt return in the second half of a 43-0 win in Winchester Friday night. Robins scored on the play.

WINCHESTER — With the George Rogers Clark football team in the red zone and threatening to cut their lead in half, Mercer County got a big play from senior Grayson Blevins.

Blevins slipped in front a pass just inside the end zone and returned it 70 yards. Two plays later, the Titans had scored again and were up 21-0. Mercer never looked back, winning easily, 43-0.

“Obviously, that’s a play I’d like to have back, but I think more than anything, it was their kid making a great play,” GRC coach Mike Riddle said. “We had a curl route and he just undercut it at the last second. It wasn’t necessarily a bad read. He just made a great play.”

The Titans (6-4) used the big play all night to bury the Cardinals (1-9), who have struggled defensively as the season has gone on.

After the Cardinals looked to be back in the game with a pass-heavy drive in the second quarter, Blevins intercepted the Pearce Nisbet pass and took it to the GRC 30. A 29-yard run by Gillis set up Baker’s 1-yard score.

D Smith had a 49-yard rush then a 14-yard rush to score on a two-play drive with 3:40 left to play in the half in his return from an ankle injury.

Blevins got in on the action on the offensive side of the ball when he scored on a 50-yard screen play. Baker ran in a two-point conversion and the Titans led 36-0 with 2:14 remaining in the half.

Tanner Robins returned a put in the third quarter 68 yards for a touchdown, which proved to be the game’s final score.

For Buchanan, it was all a sight for sore eyes.

“I recognized that football team,” he said. “I have just really sort of been scratching my head over what has been going on with us. But all along, I’ve had really good kids and really good coaches. I felt like we had this in us. Tonight, we played like I know we could.”

The Titans go into the start of the playoffs next week on a positive note. Mercer is set to take on Knox Central at home in the Class 4A playoffs.

“Knox Central is very good,” Buchanan said. “We are going to have to have a very focused game plan. We will have to choose our bullets wisely.”

The Cardinals will travel to Simon Kenton. 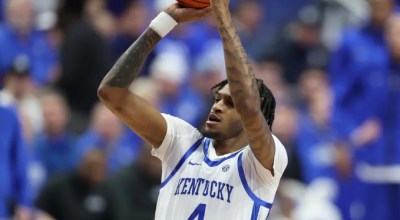