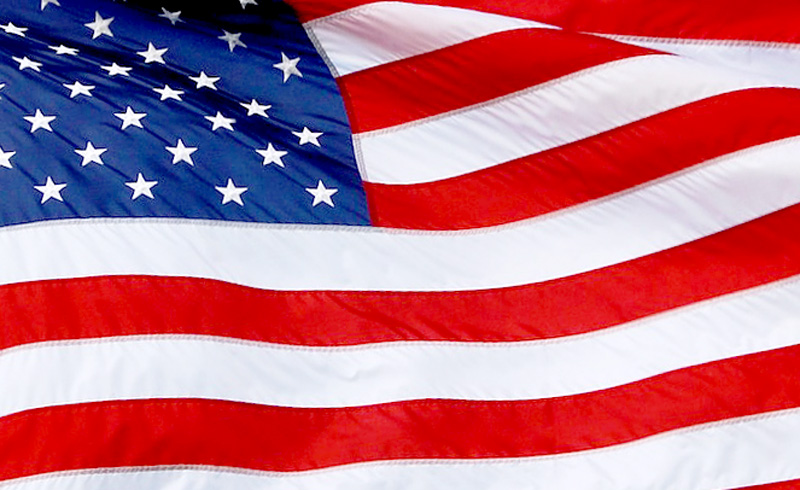 There are eight people vying for the six seats on Perrville City Council and community members will get the opportunity to hear from them at a Chamber of Commerce forum 7 p.m. Tuesday.

• Steve Bailey, who is seeking his first term on the council. Bailey has lived in Perryville for two years after moving from Lincoln County; he is originally from Boyle County. Bailey retired from American Greetings as a maintenance supervisor.

Bailey said he wanted to run for council to provide new, fresh ideas.

“I want to keep Perryville as it is — a small community. But I think there’s things I could provide that could help generate income,” he said.

Bailey said he wants to see a recreation-type place for young people that could help keep them out of trouble. He said he doesn’t want to lose the small-town feeling of Perryville.

• Brian Caldwell is currently the longest-serving member of Perryville City Council. A Boyle County native, Caldwell has lived in Perryville for about 14 years and has served on the council for about eight. He owns his own construction business.

Caldwell said he continues to run because he likes being able to serve.

“I like serving the community, being involved. I think I’ve built a pretty good reputation” he said. “If people need something, they can come to me. I’ll do everything humanly possible to address it.”

City revenue is a big concern, Caldwell said, and it’s getting harder for the city to survive on the current revenue stream. But he doesn’t want to raise taxes, if possible.

“We have to find a way to get the city to earn enough to compete, to make it viable countywide,” Caldwell said.

He said one answer may be found in the recent alcohol vote. “The majority spoke. It’s coming; we might as well embrace it, especially if we can turn it positive for the city. It’s getting tougher to make budget.”

Caldwell also thinks that the relationship between the city and the Main Street Perryville program, which has been sometimes publicly volatile, needs to be improved.

“The Main Street Program is a good thing for the city. We are a unique situation with our historic Merchant’s Row. Not a lot of towns have that. We need to work better together.”

• Julie Clay is running to rejoin the council, having served on it previously from 2003 to 2008. She has been a Perryville resident for 17 years and is a graphic designer with the Higher Education Assistance Authority.

Clay, who is on the board of the Main Street Perryville program and a member of the Friends of the Perryville Battlefield said preserving the historic properties is the main reason she is running.

“The city doesn’t seem to realize they own the buildings that are falling down. I’ve helped raise about $20,000 for the buildings,” she said. “You just have to look at the shack behind Dr. Polk’s house, which I look at outside my kitchen window, to know why I want to serve Perryville.”

Clay said she was “delighted” at the passage of the alcohol vote, because she thinks it can help the city’s tourism. It’s important, she said, to maintain the “close-knit community in the face of changes.”

“We need to preserve what we have and move forward smartly. Part of my goal is to try and capitalize on those thousands of visitors and make Perryville sticky. Don’t come for a two hours and leave, but stick around.”

• Jerry Houck would be serving his first term, if elected. A Perryville resident for about 20 years, Houck is a Boyle County native.

The owner of two Danville restaurants and a catering company, Houck said he thinks that there are a lot of opportunities for the city of Perryville — opportunities that he can help with after his years in the restaurant business.

“With the business I’m in and the people we see, I get an opportunity to talk to people that have connections in Frankfort, or on a larger scale — restoration, preservation, city government. That can be beneficial for the city,” he said.

Houck said the city’s low revenue is a concern that will require a creative solution — without raising taxes.

He said he hopes to see more people take advantage of the city’s historic homes, possible restoring them into businesses and more.

“The biggest thing: I’ve committed a lot of time and effort to preservation in Perryville, even when people didn’t care whether I did or not. I did it anyway. I’m looking to bring more business to Perryville and everywhere I go, I talk about Perryville,” Houck said. “Hopefully, being on the council can extend that further.”

• Ryan Norvell is seeking his third term on the council. A native of Perryville, Norvell has lived in the city his whole life and works in maintenance at Meggitt Aircraft Braking.

Norvell said he wants to run because he wants “to continue to move Perryville forward.”

“I want to keep moving forward with progress, but at the same time, keeping Perryville, Perryville,” he said.

He said Perryvile’s spirit includes deep roots to the farming communities and to faith.

“Perryville’s in my blood and I want to see Perryville stick to its roots, but also move forward and adapt for the betterment of the community,” Norvell said.

The recent wet-dry vote is going to have an impact on the community, Norvell said.

• Jo Anne Reynolds was appointed to the council in March, following the resignation of Rob Kernodle. She is a lifelong Perryville resident, who works at Ephraim McDowell Regional Medical Center as a nurse.

Reynolds said she feels pride in having grown up in Perryville, an experience that included listening to her father, “Cotton Reynolds,” an avid Civil War enthusiast.

“Serving on the council thus far has been an intriguing experience,” Reynolds said. “There are so many avenues to be explored to enhance Perryville’s future. Due to me working as a nurse for many year, public safety is of utmost importance.”

“We must, as a city, find ways to protect our citizens not only from such things as fire, personal injury, but also harm from outside sources,” she said.

Reynolds said the only way for the city to move forward is if people work together again.

“One council or group cannot fulfill all the needs of the city, but we can encourage and participate in making this city a ‘neighbor-helping-neighbor’ city again,” she said.

• Tim Simpson is in his first full term on the council. He was appointed to complete the remaining few months of Billy Matherly’s term, then ran in 2014 and was elected.

A native of Boyle County and a resident of Perryville since 1992, Simpson has held a variety of odd jobs, working as an artist, gardener, and a caregiver for older members of the community.

Simpson said he isn’t much of a politician, and he believes in a common sense, no-nonsense approach. Growth is one of the biggest issues, he said.

“I want to see Perryville grow. Hopefully this wet vote will bring in more business,” he said. That includes an expansion of the city’s historical properties.

“I would like to carry on and build up more of the historical ordinance. I want to get that ordinance done for the old buildings, allow opt-ins, establish a historic commission of citizens with interest in buildings and history,” Simpson said. “That’s a big step we need to take. We need to emphasize more on the historical. The turning point of the Civil War was here. It needs to be something big.”

With his work with elderly members of the community, Simpson said he is concerned about the lack of an ambulance service in the city.

Above all, he said he wants to serve the city.

“I want to carry on what I’ve been doing. I want to be voted back in, but if I’m not, I’ll still keep doing what I’m doing,” Simpson said.

• Paul Webb is seeking a first term on the council. He has been a resident of Perryville for six years and is a native of Berea. Webb owns his own business, running an AirBNB and working in home decor and interior design.

Webb said the city needs to increase it’s income, maintain the historic properties it owns, and find a way to bridge the gap with the park in order to capitalize on the tourists coming through. Perryville has a story to tell, he said.

Webb also said he wants to talk more about the historical ordinance that was discussed several months ago, and more about the city’s emergency services.

“We have to think now if we are prepared for the future. Right now, we’re not prepared. If one of our fire trucks goes down, we don’t have recourse and no way to buy a new truck,” he said.

Above all, Webb said, he wants to do his best for Perryville.

“I try to do my best for Perryville. I try to be honest and upfront. I want to do and lead in the best interest of the city,” Webb said.

A forum for candidates for Perryville City Council will be held 7 p.m. Tuesday at the Perryville Community Center. The event is co-hosted by Main Street Perryville and the Danville-BOyle County Chamber of Commerce. It is sponsored by Bluegrass Community Bank. John Nelson, retired editor of The Advocate-Messenger will moderate the forum, which will be broadcasted live on WHIR 1230 AM and recorded for replay on hometownlive.net.