Questions to be answered as postseason kicks off 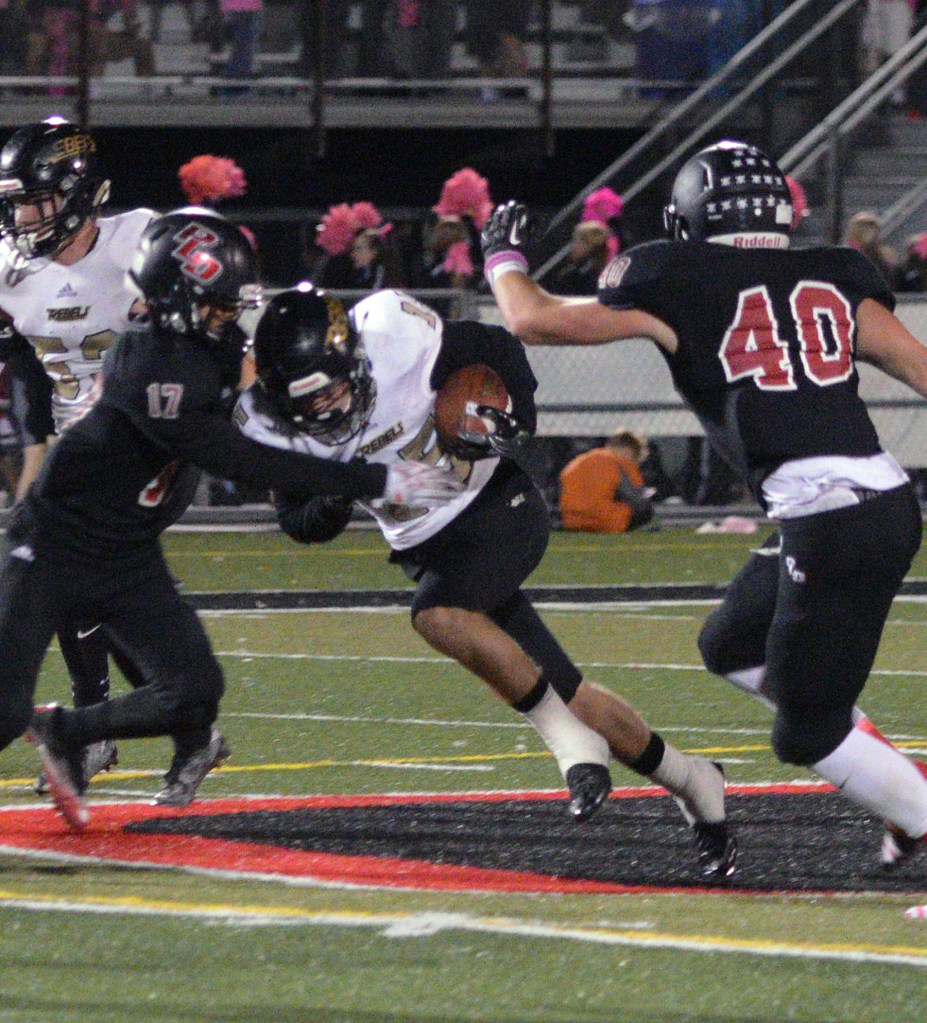 The first 11 weeks of the high school football were important and fun and full of storylines, but now they serve as a prelude to what happens over the next five weeks. And that’s what it’s really about — six teams in the state will finish the season with five straight wins and a state title.

It’s easy to pick out the teams which don’t stand a snowball’s chance of winning one, much less five postseason games. What’s more difficult is picking out the team which can catch lightning and make that run to Bowling Green.

Could Danville return to glory and hoist its first championship trophy since 2003 and 11th overall? The Admirals certainly have the firepower on offense and defense, but it’ll rest on their depth and maturity.

Will Boyle County redeem itself from a winless first three games for its eighth state title? The Rebels have the running game and offensive line, but they’ll have to win four games on the road.

Can Casey County keep its historic season going? No matter what happens, the Rebels already clinched their most successful season in school history, but the players they boast at the skill positions could send them further than they’ve ever been in November.

What about Mercer County, Garrard County and Lincoln County? Any team can ride a hot streak to a few wins and advance through the brackets.

One thing is for certain — it’s been an entertaining regular season and should be an even better postseason for area teams.

With 36 points scored in Friday’s win over Adair County, Casey County broke yet another school record. The Rebels now have 344 points, most ever in a season, breaking the previous record of 327, set in 2010. But also consider this year’s team has taken three less games to reach that mark.

Speaking of 2010, the Rebels will look to do what only that team has done — win a playoff game. Casey is 1-11 all time in the playoffs.

But no matter what happens from here, the Rebels have their fourth winning season in school history, joining the teams in 2000, ‘02 and ‘10. The ‘02 team was coached by current Rebels coach Steve Stonebraker in his first stint in Liberty.

The Rebels host Powell County at 7:30 p.m. Friday in only the second home playoff game in program history. A win in that game would set the school record for wins in a season.

Each game for Danville’s first postseason opponent Allen Central is potentially its last in school history. After this season, it will consolidate with South Floyd to form Floyd Central next year.

It’s amazing to consider what Garrard County running back Jacob Foley has done over the last three years, and even more amazing when realizing the senior rushed for only 75 yards as a freshman.

Even with that start to his high school career, Foley now has 4,348 rushing yards and 49 total touchdowns in his career after crushing West Jessamine for 220 yards and three scores last week.

Since his sophomore year when he rushed for 1,367 yards, Foley is averaging almost 126 yards per game and over six yards per rush.

If he keeps up his pace from this year — 1,530 yards and 19 TDs, both career bests — Foley could reach 5,000 career yards if the Golden Lions can make a run to the Class 3A state final.

Mike Marsee contributed to this report