Golden Lions have mountain to climb in round one of playoffs 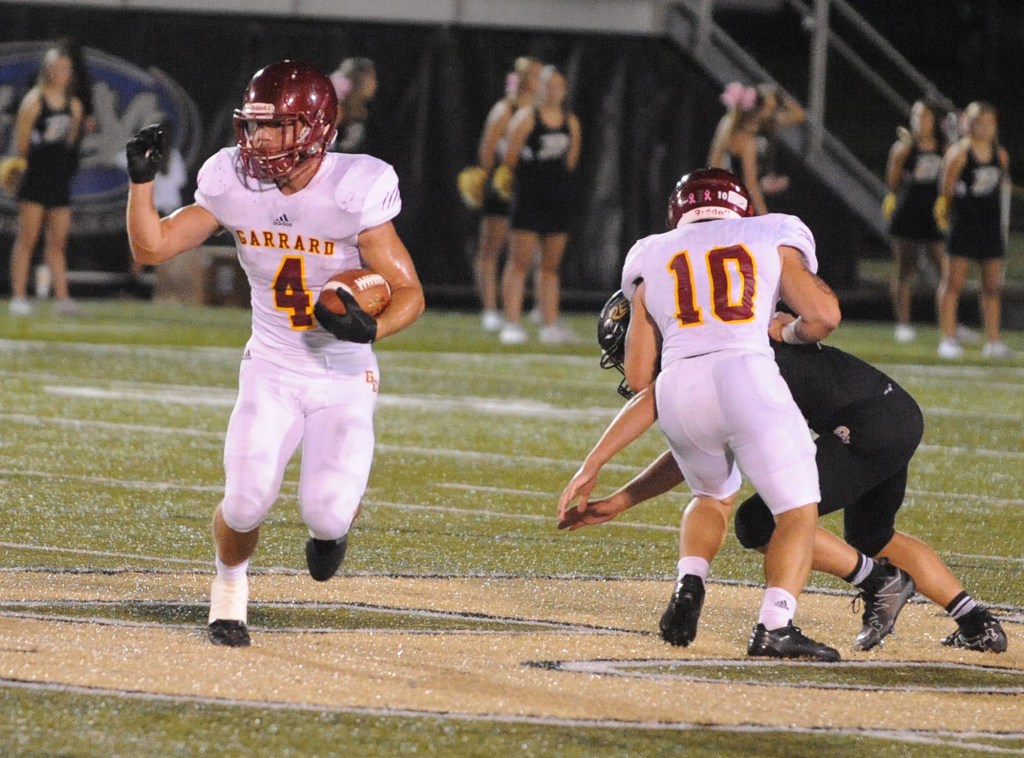 Garrard County’s offense had its best scoring output of the Jerry Perry era last week against West Jessamine, accumulating 69 points and 528 yards on the ground.

The Golden Lions’ offense will need to be firing in their opening round playoff game at Louisville Central on Friday.

“Basically Central is a multitalented team with tremendous coaching on top,” Perry said. “They have played three of the better 6A teams in the state as well as 3A Corbin and 2A Christian Academy of Louisville. They have very good speed in all of the skill spots on the field. They have two of the better looking linebackers that I have seen all year. I would compare their speed to Shelby, Lloyd and LexCath overall.”

Perry said the Central offense will be balanced, and his team will need to stop the big play.

“They will mix up their offense,” he said. “They have two very good running backs and several very good receivers. We will have to be able to make some plays in space and do a good job rallying to the ball with everyone on defense. We will have to do a great job with our pad level and stay on blocks offensively. Our goal will be to control the ball on offense and try to limit chunk plays when we are on defense.”

Central’s speed is well-known around the area — the Yellow Jackets beat Boyle County in the second round of the playoffs last year, winning 27-14.

“We can’t get caught up in a track meet, so to speak,” Perry said. “We need to make it a grind. Last week we were able to get some stops in the second half, which allowed us to get some breathing room.”

Perry likes the way his offense has performed this season and said his defense will need to match that intensity this week.

“Offensively, I feel like we have been pretty solid all year with our run game and play-action,” he said. “In the games we have struggled, we just could not get off the field defensively. I still feel like we have the people to play well defensively. There isn’t a better time than the present to play up to our capabilities.”

For his seniors, Perry said he wants his team to “leave everything on the field.”

“There are only two options left for our players: Play like your hair is on fire or fold,” Perry said. “We expect our kids to play extremely hard and leave everything on the field. If they do that, then we will accept whatever that brings. If we play the way we are capable and as physical as we can  then anything can happen.”