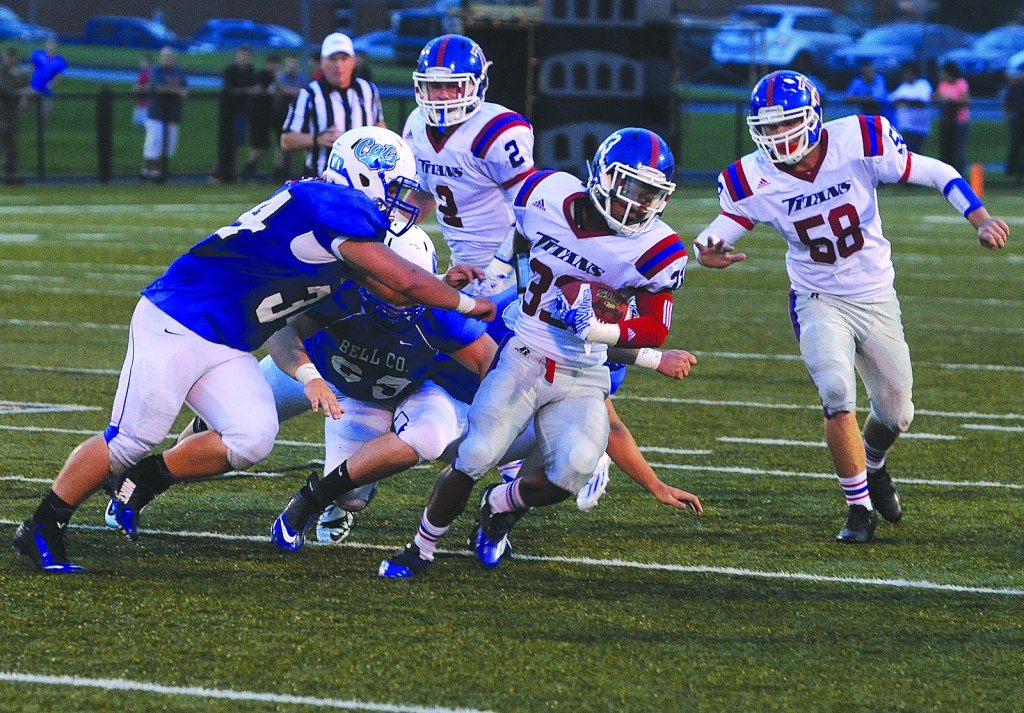 For the second time in two years, Mercer County will host Knox Central in a playoff football game in Harrodsburg.

After losing 19-17 in the regional semifinal to the Panthers last year, the Titans are looking to extend their season with a little revenge.

“The biggest motivation is to continue our season,” Mercer coach David Buchanan said. “But the fact that they beat us last year does help to get our kids attention.

“Our kids know that Knox Central is a good and physical football team. We know what to expect.”

The Panthers return two key players from that win, running back Donavan Arthur and quarterback Jaxon Stewart. Arthur rushed for 87 yards and Stewart threw for 138 yards and a pair of touchdowns in that game.

This year, Stewart has 739 passing yards and eight scores while Arthur leads the run-heavy offense with 928 yards and seven scores. The Panthers have rushed for over 70 percent of their 2,767 total yards and two-thirds of their 24 offensive touchdowns.

“(Stewart) is a very good passer to go with a strong running game,” Buchanan said. “We will have to be sound, but yes, stopping the run is the priority.”

The Panthers started the year 4-2, but they enter the postseason on a three-game losing streak. Contrast that with Mercer, which has rebounded from a 1-3 stretch in the midseason to win three straight.

According to Buchanan, it comes down to health.

“We are the healthiest we have been all season,” he said. “it has taken too long, but we are playing our best football right now. Grayson Blevins has played well, but Friday was his best and most complete game.”

Speaking of health, the Titans (6-4) were buoyed by the return of leading rusher Smith, who sat out most of the last three games before the 43-0 win at George Rogers Clark on Friday with a high ankle sprain.

Buchanan had good news for the Titans and their fans.

“D is at full strength, probably for the first time in two years, and he played really well,” Buchanan said. “He makes everyone around him better as well.”

The Titans will need everyone on their roster at full strength to survive what could be a difficult tournament bracket. In the coming weeks, they could face Rockcastle County in the region semifinal and either Wayne County or East Jessamine in the final.

But first things first, the Titans must get past a familiar foe.