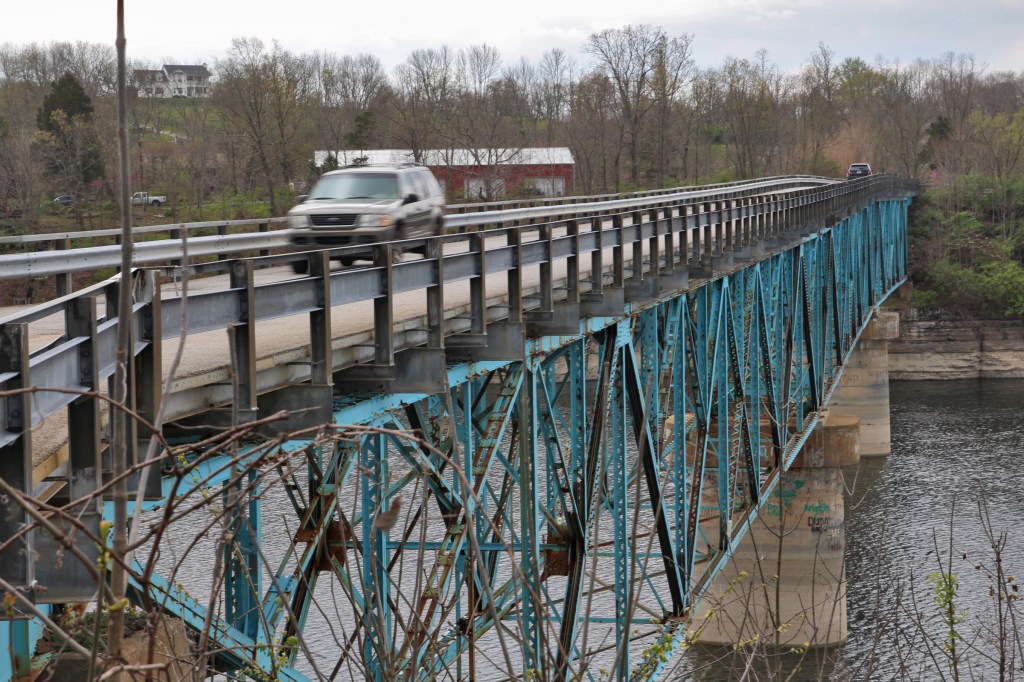 Ben Kleppinger/ben.kleppinger@amnews.com The Kennedy Mill Bridge over Herrington Lake is seen shortly after it was reopened in April following an approximately seven-month closure while repairs were made to improve its structural integrity. The Kentucky Transportation Cabinet is in the process of building a new bridge to replace the more-than-92-years-old span and has nearly acquired all of the properties needed to begin construction.

BURGIN — The Department of Transportation is in the process of replacing the Kennedy Mill Bridge, located between Mercer and Garrard counties over Herrington Lake, and the project is one step closer, as property around the bridge has been purchased for the project.

Officials are in the process of appraising the two remaining parcels, Lacy said.

One of the parcels needs to be re-appraised; the other one needs to be appraised because the owner sold off part of the property the Transportation Cabinet needs. Lacy said the cabinet now needs to acquire the newly created parcel from its new owner.

“We are also working on agreements with the utility companies to relocate their facilities out of the way of construction,” Lacy said. “The Kentucky Transportation Cabinet is pursuing adding additional scope to the construction contract for maintenance of the existing bridge. This is an effort to keep it in service through the construction phase of the new bridge.”

Once all the properties have been bought and the right-of-way issues are resolved, construction on the new bridge can begin, Lacy said. Currently, the target date to begin is Jan. 27, but Lacy said that date “will be reassessed next month based on the progress of the right-of-way negotiations.”

Construction of the new bridge will take at least two years, Lacy said.

The existing Kennedy Mill Bridge is more than 92 years old and has been closed multiple times in recent years for repairs due to deterioration. The bridge was closed for about seven months from September 2015 to April of this year while work was done to reinforce steel supports that had deteriorated. The most recent closure occurred in early August, when for four days, the bridge was closed for six hours a day so Transportation Cabinet workers could inspect it.