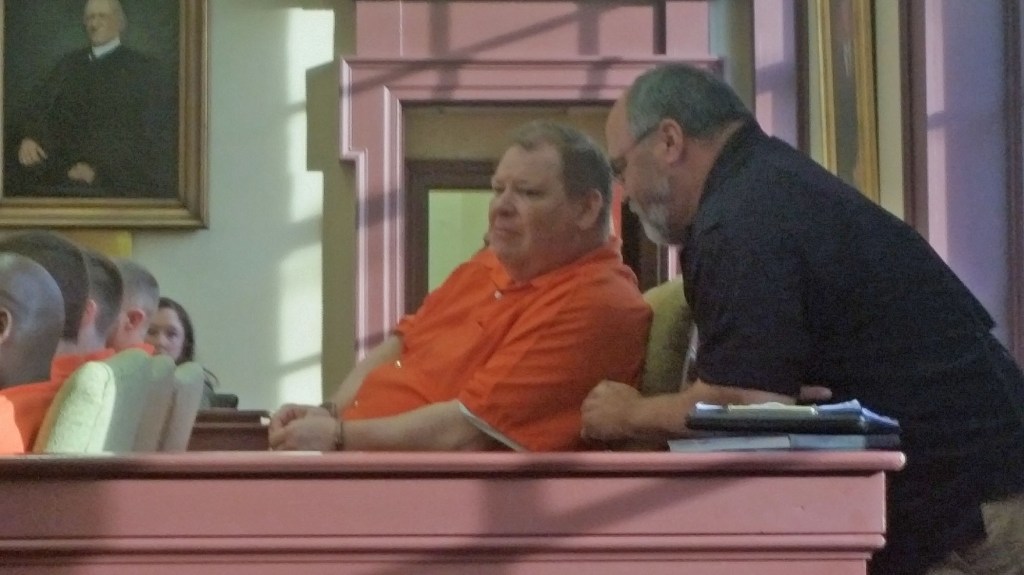 The former Burnside pastor accused of murdering three individuals in 2013 was in court on Tuesday morning as his attorney made a motion to suppress “the fruits of search warrants” that were executed in October 2013.

According to the motion, search warrants issued to search Kenneth Allen Keith’s home, business and automobiles “violated Mr. Keith’s rights not to be subjected to unreasonable searches and seizures.”

“None of the affidavits for the warrants provided the issuing judge a ‘substantial basis for determining the existence of probable cause,’” the motion states.

It also states that the affidavits used to support the warrants contained “false, misleading and incomplete” information and that “it was unreasonable for law enforcement to act on such warrants.”

The warrants were issued based on conversations between Keith and Tracy Herald, a Michigan-based pastor and longtime friend of Keith.

Danville business owners Mike and Angela Hockensmith and gold buyer Daniel Smith were murdered inside ABC Gold Games and More, the store owned by the Hockensmiths and formerly owned by Keith, on Sept. 20, 2013. Keith is charged with murder for allegedly killing them. According to news archives, Herald called Keith the night of the murders because the Hockensmiths had been mutual friends.

A four-hour hearing was held to determine if Herald’s testimony could be included in the case against Keith. The first phone conversation “proceeded as expected until Herald put forth a theory that it appeared the crime ‘was a hit on the gold guy and that the Hockensmiths were innocent victims.’”

“His tone changed completely,” Herald said during the hearing. “He yelled, ‘They ain’t innocent. They cost me a lot of money.’”

According to news archives, Keith told Herald the Hockensmiths “stole my business” by reporting violations of worker compensation laws. After the conversation, Herald spoke to a member of his congregation in Michigan who was a police officer and the officer advised him to contact Det. Peel in Danville.

Working with law enforcement, Herald called Keith three times on Oct. 8, and those conversations were used as the basis for obtaining an arrest warrant for Keith and search warrants for his home, business and church.

Attempts to suppress Herald’s testimony were denied in February.

“We will have law enforcement personnel here that can testify on issues relating to the search,” Commonwealth’s Attorney Richie Bottoms said.

The hearing will be open to the public.