The idea of a weight loss program at NTC was formed to create an environment where offenders could develop a healthier lifestyle, better eating habits, and create and promote well-being. After the competition’s 90-day duration, a total of 480 pounds were lost among the 22 participants.

Of the 22 participants, 14 lost more than 20 pounds and one participant lost over 50 pounds. “This program is in its third season and we see continued success from those who want to participate.”, said Warden Bottom.  “Whatever the individual inmate’s reason for participation, it definitely has a positive effect on those who work hard to achieve their goals.”

The Recreation Department at the prison is overseen by NTC Recreation Supervisor Stephanie Boyd and Deputy Warden Mendalyn Cochran. 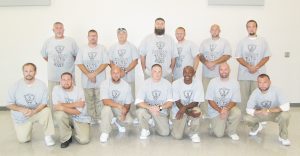 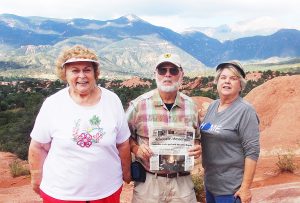 Sandra and Frank Burberry of Danville and Donna Robertson of Bardstown were at Garden of the Gods at Colorado Springs, Colorado with Pikes Peak in the background. Many places in the Rocky Mountains were visited — Estes Park being a favorite as the elk were magnificent!

Chase and Logan Allen of Stanford, who attended Highland Elementary School, were given a project over fall break to decorate a pumpkin that represents a story book. They chose the book “We’re Different, We’re the Same” — we are all wonderful inside and out. The pumpkin represents all children of the world. It’s made with a pumpkin, crayons, glue gun, and blow dryer. Their teachers are Mrs. King and Mrs. Cox. The whole school teaches we are all beautiful. Mr. Carrier is the principal. The school wants the children to be creative. Several children have placed their pumpkins on the cafeteria stage for everyone to see. I am proud of the boys for making the world brighter for all of us. Thanks Jean Combs ( grandparent) 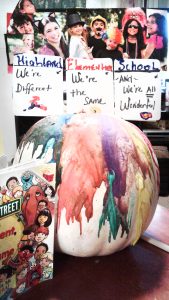 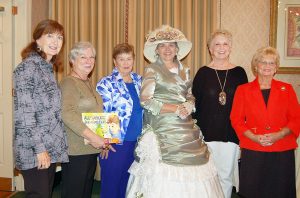