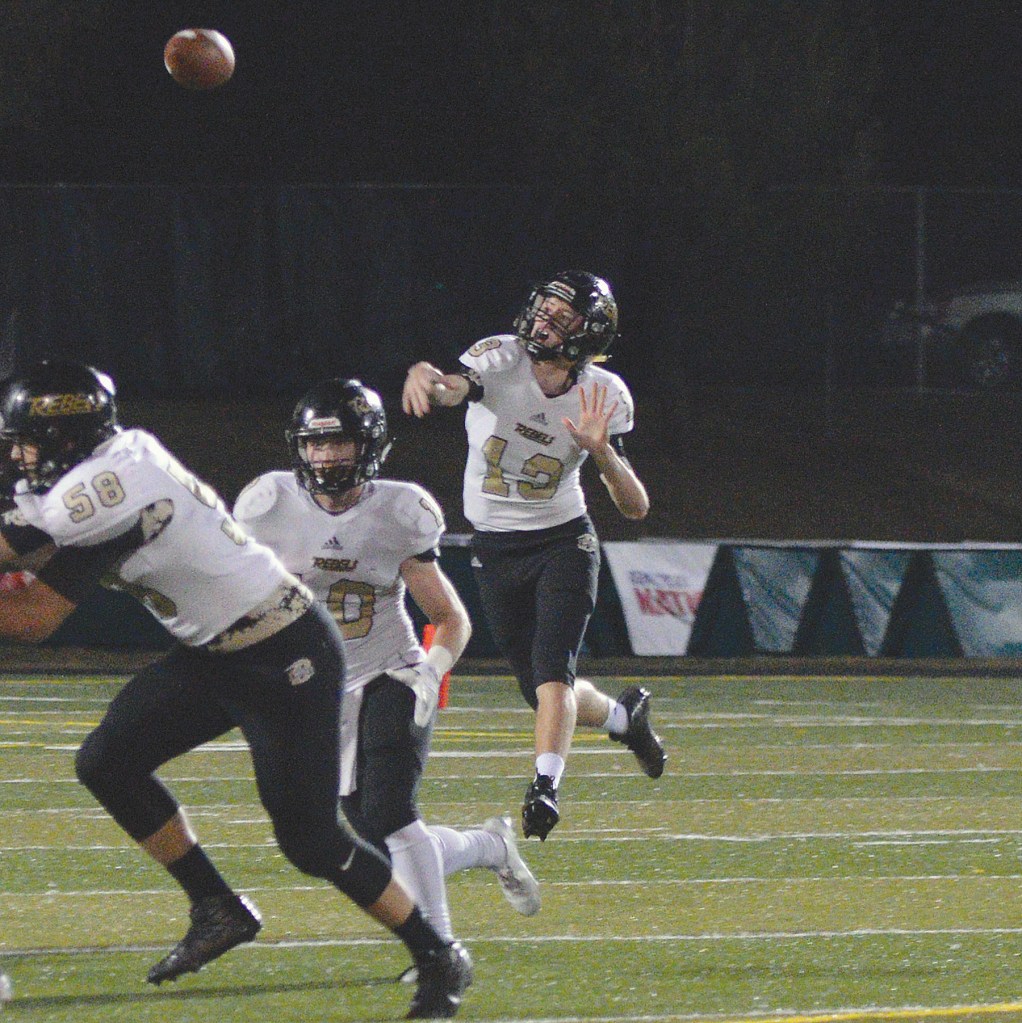 “Failure is not an option.”

It’s that time of year for Boyle County and coach Chuck Smith. The Rebels will host Moore (7-3) Friday in the first round of the Class 3A playoffs.

“I’m worried about it, they’re a good football team,” Smith said. “They remind me a whole lot of Dunbar, they’re the same kind of makeup. They’ve got really good athletes, they’ve got a lot of speed, they like to throw the ball, they play good, strong, tough defense. They present the same kind of problems for us that Dunbar did.”

Boyle won at Dunbar 14-7 last week in its final tuneup for the postseason. Moore had a bye, giving the Mustangs two weeks to prepare for the Rebels.

Failure to adapt to a different look is exactly how Dunbar scored last week, Smith said.

“We played pretty good other than one play, one series,” Smith said. “Moore has had two weeks to prepare for us, so they could come out with something that we haven’t seen. That’s what happened with Dunbar, Dunbar came out in the second half and showed us some stuff that they haven’t been doing, and they scored on us. We’ve got to make at-the-moment adjustments and be smart enough as a football team to be able to make those adjustments and not give up a score.”

Offensively, the Rebels have done a better job at holding onto the football, but need to finish drives. That was lacking in a major way last week at Dunbar.

“We can’t turn the ball over, but we’ve also got to be able to move the ball down the field and get it into the end zone,” Smith said. “We just didn’t do a good job of that, we didn’t deliver the ball to the players. We’ve got to be able to deliver it and get it to playmakers and let them make plays in space. We didn’t do a good job of that last week. We can’t continue to give the ball back to the other team and give them chances to score on us, we’ve got to put points on the board ourselves.”

Part of that onus is on the coaches: Adapt to unanticipated circumstances and get that information to the players.

Motivating players in practice this week is pretty simple for Smith and his staff.

“It’s the playoffs. If you don’t win, you lose and you turn your gear in and your season is over with,” Smith said. “I think that’s the motivation. There’s 32 teams left in our class, after this week there’s only going to be 16, 16 teams are going to be disappointed. I want to be one of those ones that are happy.”

The Rebels have responded with a good week of practice, Smith said.

“I think they’ve practiced pretty well this week, they seem to be locked in, they seem to be focused,” he said. “I think they’re doing the things that they need to do to have a chance to win. To me, you’ve got to deserve to win before you win. The way you do that is you work hard during the week. Come Friday, you’ve got to put your heart, determination into the game and just don’t be denied. Failure is not an option.”