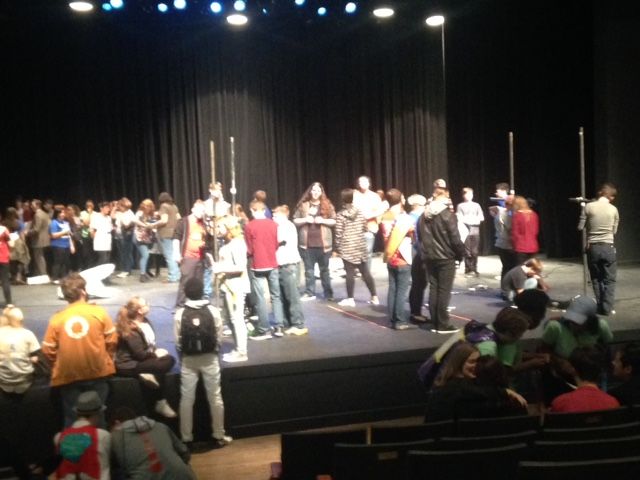 By FRIEDA GEBERT and JANE DEWEY

Thes-pi-an (noun): The term “thespian,” which simply means “an actor or actress,” comes from the Greek poet, Thespis. Thespis, who lived in the 6thcentury BCE, is known as the father of Greek tragedy.

The Kentucky Thespian Society held its annual festival and competition on Oct.  28-29 at Eastern Kentucky University. Over 300 middle and high school students participated, competing in individual and group events. 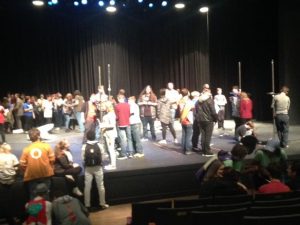 The Kentucky Thespian Society is an honor society for actors and technical theater students. It is part of the Educational Theater Association, based in Cincinnati, Ohio. Both Boyle County High and Danville High Schools chartered their first troupes this fall. 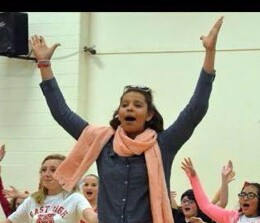 Troupe 8333 is led by Dr. Frieda Gebert who teaches drama at Boyle’s middle and high schools, and 8343 by Jane Dewey, district director of arts education at Danville Independent Schools, also an alumni of the International Thespian Society.

Two thespian members from BCHS competed in the individual events at festival, Ethan Baker (senior) and Alyssa Wray (freshman). Baker, who has appeared frequently in productions at West T. Hill, was awarded one of only three scholarships given at the event. His scholarship can be used at any college within the state of Kentucky. 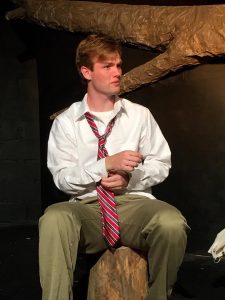 Wray earned a “superior” rating in the musical theater category, an achievement that makes her eligible to compete at the International Thespian Society festival, to be held in June at the University of Nebraska. She performed “So Much Better,” from Legally Blonde, which debuted on Broadway with another Kentuckian in the lead role, Laura Bell Bundy.

Four thespian members were part of the 11 person cast and crew of “A Wrinkle in Time” from DHS, performed by actors in all grade levels at the high school, which showcased at the festival.

Ten middle and high schools from around the state participated in the Kentucky Thespian Festival one-act play performance showcase. DHS played to a packed house at EKU’s Gifford Theatre. Performances were adjudicated on acting and production values and the school will be receiving written feedback on their performance.