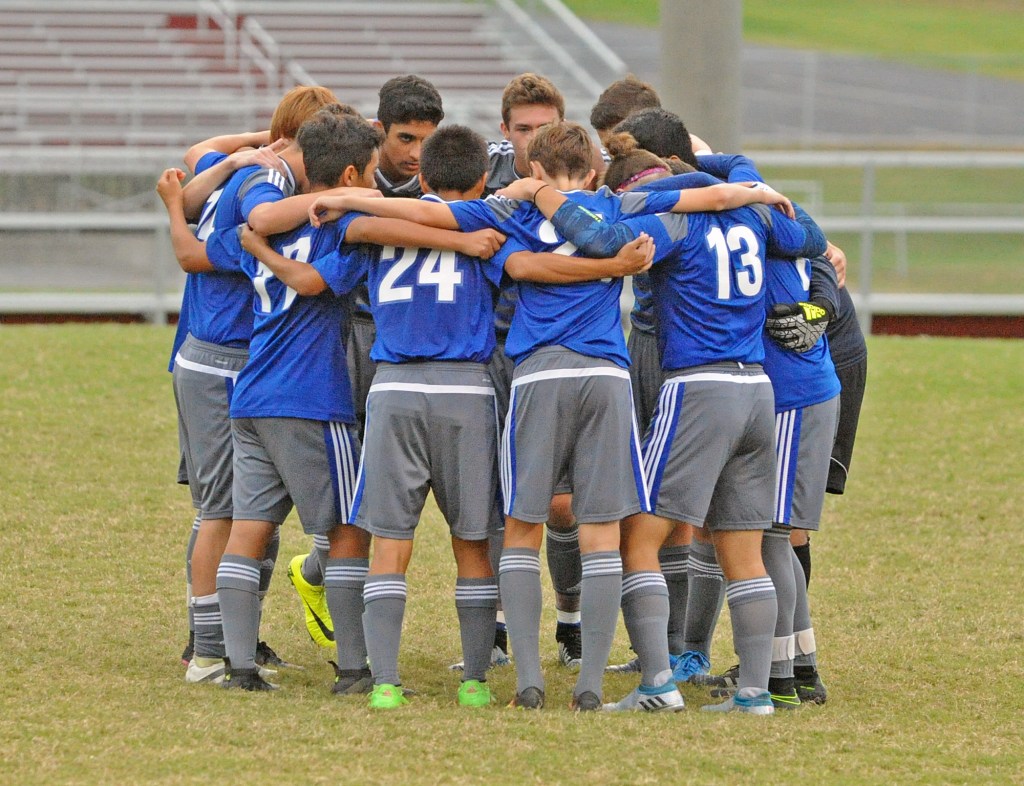 It was 2012, and Alen Karapandzic had enough.

The Danville graduate had just finished up a strong career at Campbellsville University, where he was named All-Mid-South Conference honorable mention as a senior. From there, he went to a combine in but “was just done with it.”

“I just lost love of the game,” Karapandzic said.

But a conversation with his former high school coach and an invitation roped him back into the sport.

“Then I came back, (Ads coach Brent Beauman) asked me to talk to the team about what it takes to be successful,” he said. “Then he asked me if I would come to help out.”

He came to help out and started enjoying himself on the soccer field again. He’s an assistant coach with the Admirals boys soccer team, which went 11-11-1 this season and was a 12th Region tournament semifinalist.

Karapandzic helped lead the 2007 team to a region championship, and he returned this year to patrol the sidelines as an assistant coach. Like the 2007 team, the 2016 team has created a lasting bond on and off the field. 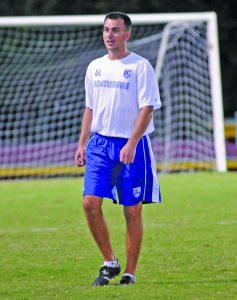 Photo by Matt Overing
Alen Karapandzic graduated in 2008 after leading Danville to a region title in 2007. He joined the Ads’ coaching staff this year and has been a big boost for the players on the team.

“This senior class is a really, really good class,” Beauman said. “They’re one of the closer ones as a group, they do a lot of stuff together. They’ve been playing together forever. They were all on the middle school team, then they started playing for the JV team. They’ve been playing for the high school for six years and they’ve just really ate up the team concept and what it means to play for Danville, play for your school.”

The current seniors might not have had the success they wanted to on the field, but Beauman said they’ve helped lay a foundation for a talented group of underclassmen.

“They came in during a different time, we didn’t have huge classes before them that came up through middle school together,” Beauman said. “That’s kind of what we’ve been missing, people with a lot of experience.”

Karapandzic returning to the team helped the senior class grow on and off the field, Beauman said. And the players agreed.

“He worked to get to where he is,” Charlie Lynch said.  “He is kind of like an idol figure, like we can be that good, we just have to put the work in to do it. I think it helped out a lot having him around. He was really strategic and tactical, the drills he had us do, all types of things. It was just someone to look up to, him not being terribly older than us.”

Beauman laughed at that remark, but said Karapandzic brought something to the team that he could not.

“The kids have really been drawn to him just from his personality and his knowledge of the game… Now, they get to have him as a coach,” Beauman said. “We talk a lot about the program, the history of it. It’s a way for them to connect.”

The kids aren’t the only ones benefitting from the relationship. Karapandzic has rediscovered his love for the game that has given him so much.

“It’s fun, I really do enjoy it. I didn’t think I would as much, with us being a younger team,” he said. “But they talk smack, we all get along. We had some try to challenge me, like hitting the crossbar, and I haven’t lost yet, all season. One thought they could beat me one on one, and he quit before we could finish.”

That one was senior goalkeeper Claudio Rodriguez, who thought he could take on Karapandzic. That didn’t end well, although Rodriguez jokingly disagreed.

But Karapandzic’s skill on the ball and history with the team was a big boost for the seniors.

“He’s been in those big situations. He told us what it was going to be like,” Rodriguez said.

Entering the year, the seniors weren’t sure what the season was going to be like. Konnor Hill said they always looked up to seniors, and their first practice was a bit of a surprise.

“I think it was weird for us, finally being the seniors, because we always had guys to look up to,” Hill said. “This year, we showed up and were like, ‘oh, we’re it.’ It was hard finding that voice in practice, but we got that going.”

The leadership didn’t blossom overnight, though. All eight seniors have been playing together since middle school, and Cole Verhoven said it wasn’t an easy beginning. He said they won two games as sixth graders, one 1-0 and the other through forfeit.

But they all stuck with it, because they all knew what it meant to be a soccer player at Danville.

“Underclassmen have looked up to them and been around them for so long, that it let them know about the attitude, the atmosphere, how we work,” Beauman said. “This is the amount of pride we put into it. Because more and more kids are coming in playing for four or five different teams, and I think they miss some of that: You’re on Danville, and this is something to be extremely proud of.”

From the first game of the season, the players knew that they were a much better team than the year before.

“After our first game, I could tell that it could be something ridiculous,” Isaiah Scott said. “Just by how much better we played this year versus last year. We couldn’t really possess the ball last year, transition from one end of the field to the other. When we started playing, I could just tell how fluid it was and how easy it was to make good runs or create opportunities.”

Danny McAllister said it was the coaches’ persistence in practice that helped the seniors grow as players and leaders.

“Coach has said it this year and all four years, that it really starts in practice,” McAllister said. “Work really hard in practice and lead by example.”

Leading isn’t just on the field or in practice, though. Beauman said the 2016 team never had a discipline problem and many of the seniors were strong in the classroom.

That’s something that the seniors wanted the underclassmen to see as well.

“When we see them in the hallway, me at least, I’ll talk to them,” Lynch said. “I want them to feel like they’re a part of the team. I don’t want to separate the older kids from the younger kids.”

And they were inseparable. The memories made — bus rides, camps and the most difficult practices for Race Pellant — are what will continue to keep the class together. Karapandzic said that’s what the seniors will remember, and that is something that he still shares with his former teammates.

“For me, every game, just playing with this senior class, that’s what made this so fun,” Matt Schroeder said.