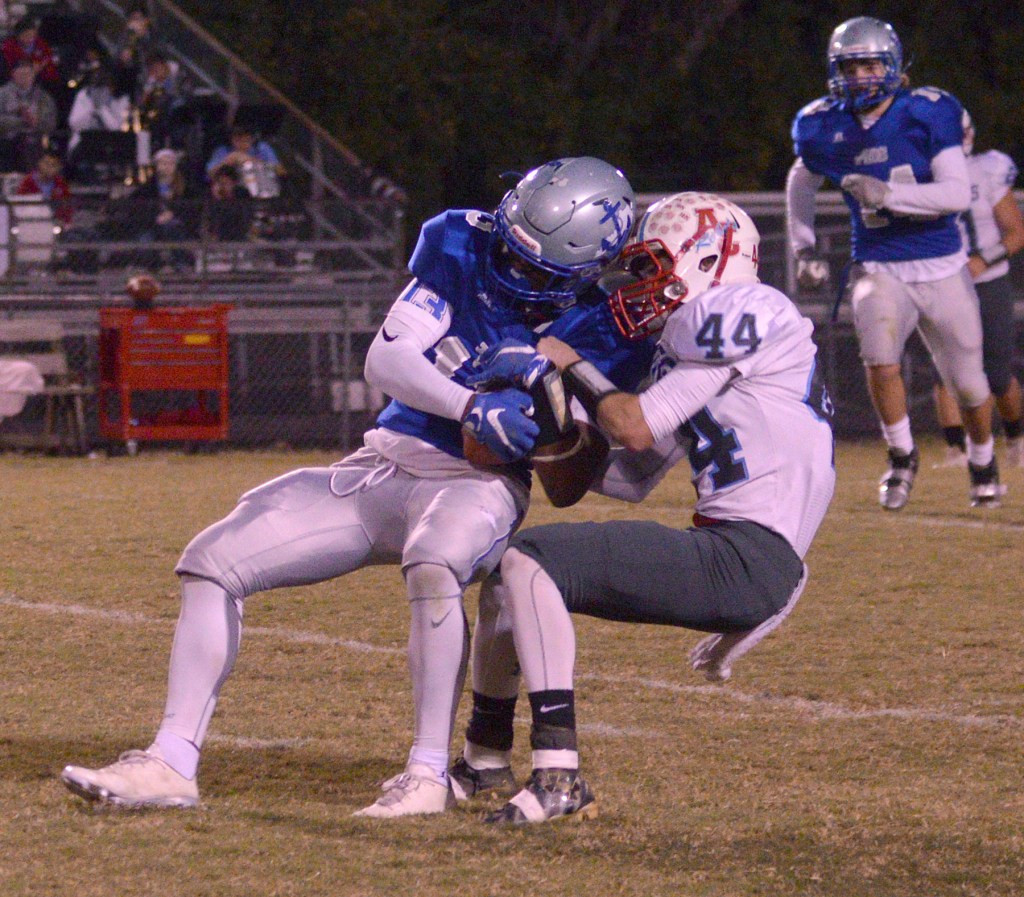 If you went to a football game last week, chances are you sat through a blowout. Of the four area teams who posted wins — Boyle County, Casey County, Danville and Mercer County — three were lopsided and all four added up to a 179-33 win for the home teams.

So what’s the point?

In the wake of games akin to these across the state, people are wondering if the playoff system needs reworked. And I guess the crux of the argument comes down to this — was it really necessary to have Allen Central travel over two hours to Admiral Stadium to get thrashed 51-6 by Danville?

You’d have to ask teams like the Rebels and Moore, which fell 56-12 at Boyle County, the answer to that. But I’d imagine it’d be yes. Sure, on paper, the teams which lost were supposed to lose, but games aren’t played on paper and anything can happen once the ball is kicked off.

There’s no perfect scenario to fix what some see as a broken playoff system. In Ohio, a computer points system is used to determine the top eight teams in four regions in each of the seven divisions. Even with 32 teams from each division chosen by a system which goes as far as taking into account strength of schedule of your opponents leaves blowouts fairly common in the first round. The average margin of victory among the largest school division in Ohio was 23 points, and six of the 16 games were decided by four touchdowns or more.

It’s pointless to look for perfect, and taking games away from high school kids just because there are more blowouts than what you think necessary isn’t anywhere close to perfect.

“You’re a heck of a coach. I like what you do, I really do,” Stewart told Buchanan.

The two teams have met in elimination games in three of Stewart’s four seasons, with Mercer winning two and Knox one. Stewart, who said he hopes to play small-college football and baseball, left what would be his final high school game Friday in the third quarter with an ankle injury.

“You’re first class. I wish you well,” Buchanan told him.

Last week, Mercer County enacted some revenge on Knox Central for knocking the Titans out of last year’s playoffs with a 21-3 win.

Is it Boyle County’s turn next?

The Rebels went into last year’s game at Louisville Central with a 10-1 record only to fall well short of their goals. Now, Boyle makes the same trip in the same round this year, facing a 6-5 Yellow Jackets team.

Boyle certainly looks up to the challenge. In the win over Moore, the Rebels totaled 437 yards, scoring five rushing touchdowns and quarterback Sam Tiller throwing for three more.

A win here, and guess who could be next? Lexington Catholic, the Rebels’ archnemisis and winners of four straight against Boyle.

It’s easy to get caught up in the manufactured importance of the playoffs, but it’s important to remember that football is just a game. Unfortunately, it sometimes takes a tragedy to knock us back to reality.

Casey County outside linebacker Chase Emerson was in a serious car accident Thursday. He was taken to the hospital, and according to coach Steve Stonebraker, he was making improvements over the weekend. The Rebels had his number 24 painted around white crosses in each end zone for Friday’s game against Powell County.

Our thoughts and prayers are with Emerson and his family along with the Casey County community.