Taylor Lauren Satterly passed her Registered Dieticians exam on Oct. 26, 2016. Satterly is a graduate of Danville High School, University of Kentucky and of the Vanderbilt Dietetic Internship Program. She resides in Danville and is working at the Boyle County Health Department.

The following students from Boyle and Lincoln counties have received scholarships to attend Bluegrass Community and Technical College for the 2016-2017 academic year.

Rugerio is a 1999 graduate of the Boyle County GED program. At BCTC, she is currently working toward a Welding AAS degree. She is a part of the 2016 KCTCS All-Academic Team, in school year 2015-2016, she earned dean’s list honors along with being chosen as an Outstanding Graduate in a Technical Program with welding certification. She is an active member of the Student Support Services Trio Program where she continues to build upon her academic strengths and share that support with others. Her plans include hitting the job market and exploring the opportunities of transfer to Morehead State University to continue her education with plans to earn a bachelor’s degree in Technology Management. She is the daughter of Arturo Lagunas and the late Irma Lagunas of Mexico City, Mexico. 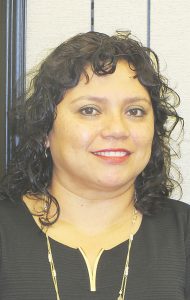 Tanner B. Erlandson of Hustonville, was awarded the Commonwealth Scholarship. This is an academic merit-based scholarship that was created during the 1988 regular session of the General Assembly to encourage Kentucky’s high scholastic achieving students to attend college in Kentucky. Eligible students are Kentucky residents, current or prior year high school graduates in the top quartile of their high school graduating class. Commonwealth Scholarships may be used for tuition, books, and other related educational expenses.

Erlandson is a 2016 graduate of Lincoln County High School. He was very active in Future Farmers of America (FFA), serving as president in his school chapter and held that same office at the Lake Cumberland Regional level. He collected several awards and recognitions throughout his career at LCHS graduating with honors. He holds KOSSA certification in Horticulture and Agricultural Mechanics.

At BCTC, he is currently working toward two associate degrees in Applied Science. His plans include working in the industrial maintenance field as a maintenance supervisor while also owning and operating his own lawn care business. He is the son of Mark and Stacey Erlandson of Hustonville. 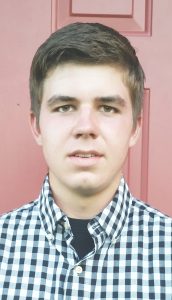 To find out more about available scholarships at BCTC, contact Christina A Neace, BCTC Scholarship Coordinator, at (859) 246-2477 or by email at Christina.neace@kctcs.edu

Oct. 24 — A girl, Caroline Sue, to Gloria Sanders of Danville. A girl, Onalee Kay, to Amy Goodlett and Brody Salee of Harrodsburg.

Oct. 26 — A boy, Richard Fiore’, to Victoria Johnson of Liberty.

Oct. 28 — A girl, Karlee Faye, to Ashley and John Adam Elliott of Harrodsburg.

John and Kendra Stamper Funkhouser of Danville, formerly of Stanford, and Brian H. Brown of Lexington announce the engagement and forthcoming marriage of their daughter, G. Ann-Deyvone (Ande) Stamper to James Dylan Teague, son of Terry and Beth Prather of Lancaster, and Jamie and Angie Teague of Bryantsville. 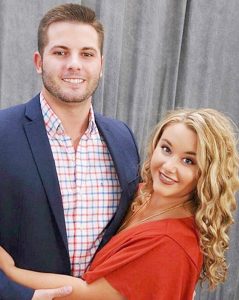 The bride-elect is the granddaughter of Kenny Stamper and Theresa Stamper, both of Stanford, Wanda and Ted Lavit of Lebanon, and the late Bob and Sue Funkhouser of Danville. The groom-elect is the grandson of Manford and Mary Ann Bolton of Lancaster, Jim and Debbie Talley, and Mike and Marietta Teague, all of Danville.

Ande is a 2010 graduate of Lincoln County High School, and a 2015 graduate of Eastern Kentucky University, where she received her bachelor’s degree. She is employed by Creative Lodging Solutions, Inc. in Lexington.

Dylan is a 2010 graduate of Garrard County High School, and received his bachelor’s and master’s degrees from Eastern Kentucky University in 2014 and 2015 respectively.

The wedding will take place on Feb. 25, 201,7 at First Christian Church in Danville, Kentucky. Invitations will be sent.