Sitting Danville commissioners return for another two-year round in office 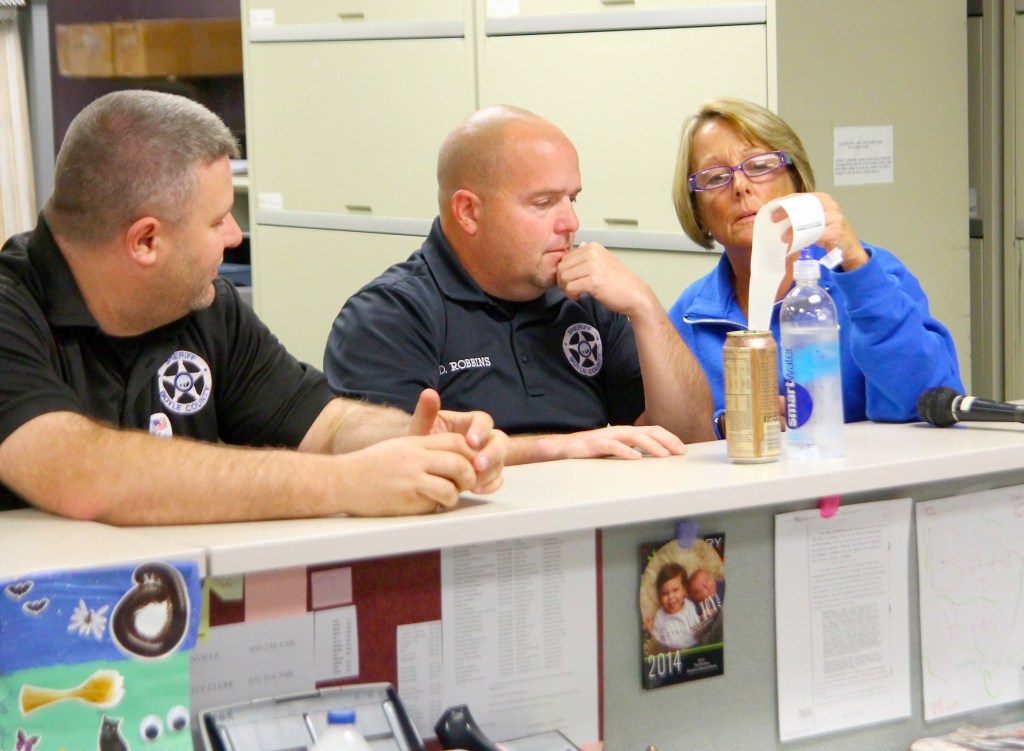 It was all peace and harmony after the final vote tallies came in Tuesday night for the City Commission race.

“It was sad to lose, but I enjoyed going door-to-door …meeting and talking to people,” said James Monroe, the defeated candidate and a retired 21-year-veteran of the Danville Police Department. “I’m at peace and I’m happy.”

Monroe went on to say the campaign was a wonderful experience for him.

“I think they will do a great job and I appreciate the chance to go through something like this,” Monroe said. “I’m sure they’ll take care of Danville and make it the best place it can be.”

All four current commissioners were re-elected: James “J.H.” Atkins, Kevin Caudill, Denise Terry and Rick Serres. Some of the returning commissioners expressed gratitude for their re-elections, others said they wanted to finish what they had started.

“For me, personally, I felt like there are still jobs that are not completed, and I’m really happy to be in,” Serres said.

“I’m excited,” Terry said. “I’m happy to see the four commissioners working together again. We can continue the momentum we had and do more good.” Terry said it was a humbling experience to be able to return; Caudill agreed.

“The support and the trust people give me — I don’t take it lightly, and I hope I’ve earned it through the years and continue to be worthy of their trust,” Caudill said. As Terry said, Caudill is pleased and looking forward to working with the same commission again for another two years.

Atkins said he wanted to thank the people of Danville for electing him for another term, as this will be his fourth term as city commissioner.

“It’s nice to have all five (the mayor and four commissioners) of us coming back for another two years,” Atkins said. “I look forward to continuing to be a public servant.”

Out of the 17 precincts represented in the vote, the final vote and percentage counts were: