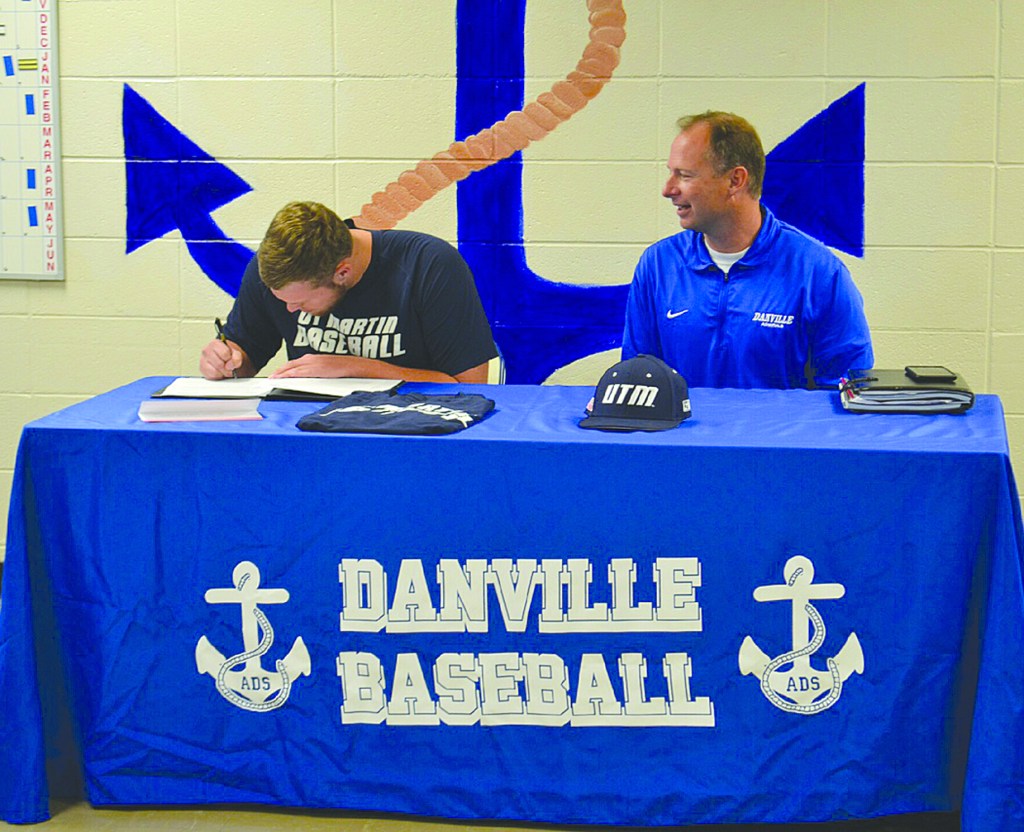 One of the area’s top high school pitchers made his college choice Tuesday when Danville’s Brian Baxa signed with UT Martin, an NCAA Division I school in Martin, Tennessee.

“We are excited for Brian and really pleased that all his hard work has paid off,” Admirals coach Paul Morse said. “UT Martin provides everything Brian was looking for in a school — D1 baseball, good academics and going south but not too far to play.”

The Skyhawks went 19-35 last year. They play in the Ohio Valley Conference along with Murray State, Morehead State and Eastern Kentucky.

“With UT Martin being in the OVC, there are several area teams that are close for his family and friends to come watch him pitch,” Morse said. “Brian is glad to have the process over so he can concentrate on his senior season.”

Baxa won 10 games during his junior season at Danville, being named The Advocate-Messenger All-Area Pitcher of the Year. He was also named second team All-State after hitting .325 with seven home runs and 42 RBI.