Bro. Brooks is survived by his loving wife of 63 years, Elizabeth Nichols Brooks.

Sunday was a fitting day for Bro. Brooks to be united with his Savior since he spent his life faithfully sharing the Gospel and serving Christ. 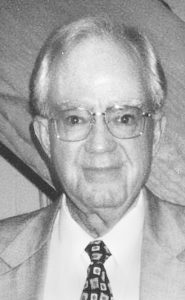 Bro. Brooks was born in Cynthiana, Kentucky. He served in the Air Force from 1955-1958. After leaving the Air Force, Bro. Brooks surrendered to preach while working at IBM. Bro. Brooks graduated from Clear Creek Baptist College in 1965 and pastored churches in Virginia and Kentucky from 1964 through 2005.

Along with his parents, he was also preceded in death by a sister, Martha Ann Smith.