Kenneth Allan Henry, 79, of Junction City, passed away Tuesday at the VA Hospital in Lexington. He was born on Sept. 5, 1937 in Boyle County to the late Alton and Blanche Prather Henry.

Kenneth was a carpenter for most of his life and was a dairy farmer. He also raised tobacco, corn, and soybeans. In his later years, Kenneth retired from Corning Glass. He loved watching NASCAR and western movies. He loved his grandchildren dearly and they knew him best for telling jokes. 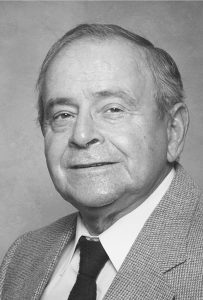 Kenneth was preceded in death by a son, Kenneth Henry Jr.; a brother, William “Bill” Henry; and a sister, Mildred Conatser.

Funeral services 12 p.m. Monday, Nov. 14, 2016 at Preston Pruitt Spurlin Funeral Home. Burial will be in Camp Nelson National Cemetery. Visitation will be from 10 a.m. until time of service.