Showtimes are 7 p.m. Thursday, Friday and Saturday, and 3 p.m. Saturday and Sunday

An additional matinee performance of “Elf, Jr.” is offered 3 p.m. Saturday where all proceeds will go to Kendyl and Friends Playground. The grass roots group aims to raise enough fund to build a special playground to provide special needs children with the proper equipment to be able to participate like any other child. For more information or to donate to the group, see Kendyl and Friends Playground on Facebook or visit www.gofundme.com/2fy6hpg.

Expanding the community, one Elf at a time

HARRODSBURG — It’s an otherwise gloomy, quiet late-afternoon on the streets of Harrodsburg, the day after many were kept up all night by the presidential election. Enter Ragged Edge Theatre, and immediately the mind breaks free from political pundits, away from the intense national discussion — into a colorful winter wonderland.

Thirty-four kids from 6 to 17 are jumping around, creative energy abounding in vivid elf costumes with pointy hats around glittery set pieces. A Santa Clause sits waiting for his cue. A tall, slender elf in baggy yellow tights and a green long shirt belted around him practices his song and dance off to the side. 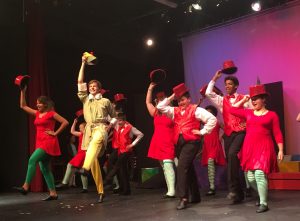 “This is totally a kid-driven project,” says Allan Barlow, the theater’s new executive-director since May. Although from Seattle, Barlow is no stranger to the area. He’s been coming here for at least 30 years, for many summers, starring in “James Harrod: The Battle for Kentucky” (although he began his local acting career in “The Legend of Daniel Boone”).

He points to Elizabeth Meredith, the 17-year-old Mercer High senior who is directing the play. As he’s describing her — her organizational skills at such a young age and the respect she’s garnered from the rest of the cast — she begins to bellow out orders to the kids, demanding their attention. She has quite the stage voice. “OK, see, I don’t even have to explain,” Barlow says, pointing to her. “There you go.” 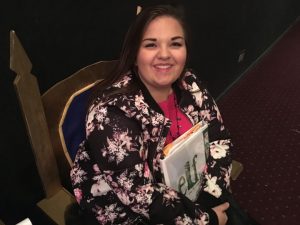 He and the board of directors (“Quite lovely people,” Barlow refers to them as) decided this show is acted by kids, so it should be run by kids. And it’s working.

“This production is newer, it hasn’t been around that long. Elizabeth was in the one in Lexington at Ace (the Academy for Creative Excellence), and I’ve taught her at the summer camp we offered here. She’s one of my kids, and she immediately came to mind.” Meredith’s mom, Margaret, is the musical director of the show.

“The elf in the green hat?” Barlow answers when asked his identity, “That’s Luke Sosby. He’s done quite a bit with the theater.” 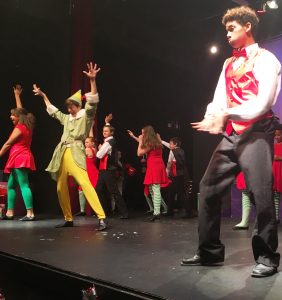 He likes “his kids,” but Barlow says — with no disrespect — there seemed to be a very tight knight, inclusive little group who acted for RET. At least that’s the way it seemed to him when he first took the position.

“With this production, especially, I thought what a great way to cultivate the local talent. Let’s get as many others involved, maybe some who haven’t been before, in theatre. Let’s make this a place for everyone. Let’s expand the ‘community’ in community theatre to include everyone.”

In getting his footing in the management role at the theatre, Barlow says, “I no longer feel like I’m trying to drink from a fire hydrant,” and several things have come together quite nicely. Aside from his respect for his board, he points to improvements made to the stage set up, including a large red traveler curtain and side stage additions, thanks to the Corning Foundation.

“I’ve acted since I was 6, so this felt like a natural move for me. I was in the second children’s theater show they ever did here, and I never stopped,” Meredith says. Just from personal experience, she says sports don’t work for everyone. 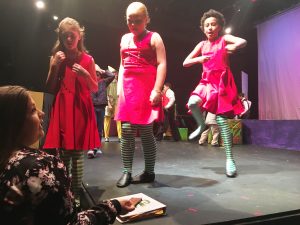 “Nothing against sports. And theater, this isn’t always something most parents think of for their kids.” She says for her first stint directing, she’s told the kids they have to be honest.

“I tell them draw on their real life experiences.” For instance, when rehearsals first began she says the smiles weren’t coming easily for the kids. “I told them, go home, think about your favorite Christmas experiences, things like that. Their smiles were so much better the next day.” 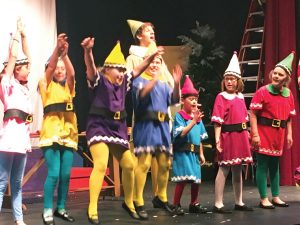 Smiles were easy to come by during this rehearsal, on and off stage. Little ones danced in straight lines on the stage while Sosby sang as the quintessential lead elf role behind them. Other little ones sat in laps of older ones watching in the audience, all cheering for those rehearsing.

“It’s a very different environment, in the theater. It’s an awesome place to grow up,” Meredith says. It helps you be more open-minded, and it’s a great place for kids who deal with being shy, or angry. It’s just a great experience.”