Finding the right fit: Colonels have youth, depth for 2016-17 season 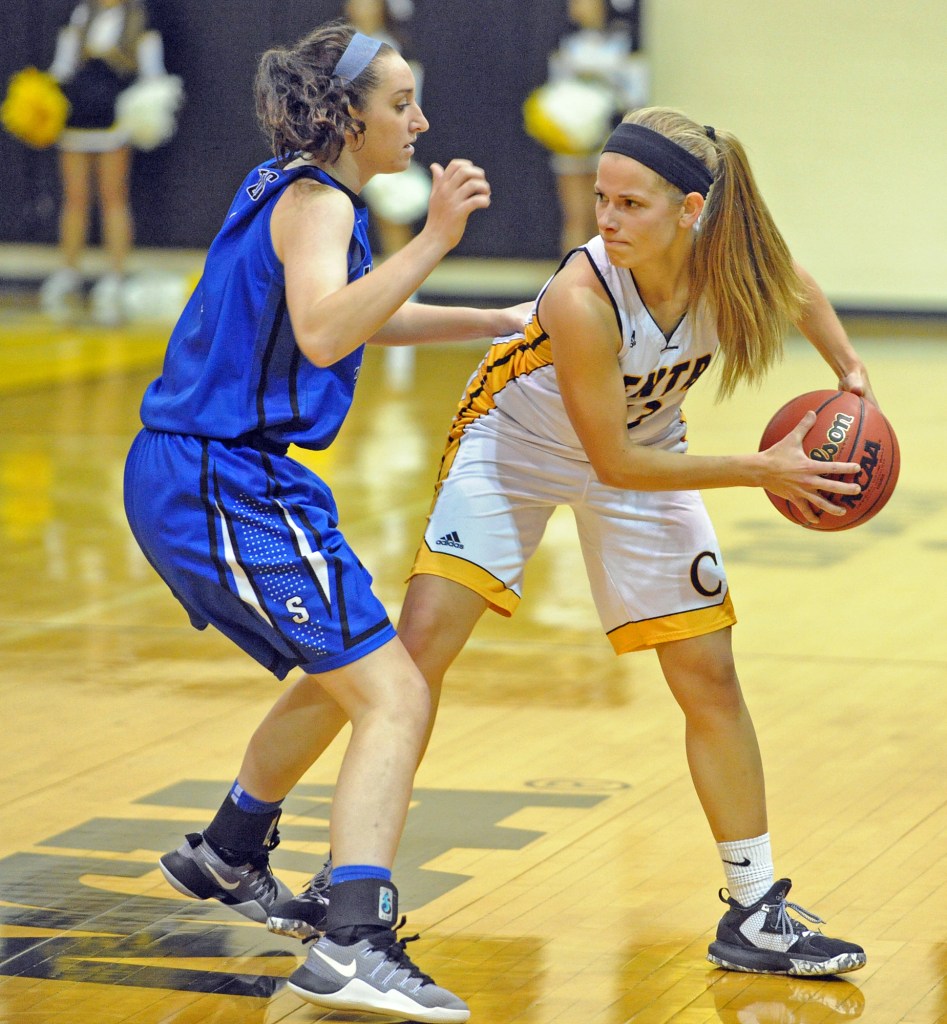 There will be some ‘hiccups’ along the way this season for the Centre College women’s basketball team after losing leading scorer Alexis Guy from last season’s 8-19 team.

But the Colonels can be a more well-rounded team this season, coach Wendie Austin-Robinson said.

“We lost a very good player in Alexis Guy, we ran a lot of our offense through her,” she said. “But I think we’re a lot more balanced this year, or we’re going to be. We’re just trying to figure out how to play together.”

That was evident in Tuesday’s home opener against Thomas More. The visiting Saints, winners of the last two NCAA Division III national championships, won 69-36, but Centre held tough for the first 20 minutes.

“I thought tonight, they really came out and competed in the first half,” Austin-Robinson said. “And then we lost a lot of energy, Thomas More turned it up a little bit, but I was really proud of our fight. We’re so early, our offensive sets just aren’t fluid yet.”

“When we get them back, I think our offense will flow better,” Austin-Robinson said. “But again, it’s just trying to figure out who is willing to step up. I think Lakken Miller is going to be great for us, and we’ve got a lot of options in the post.”

Add those two into the rotation, and Centre will likely play more than 10 players each night.

“We’re young. We’re going to play probably 10, maybe 11, especially when we get healthy and get everybody back,” Austin-Robinson said. “We play a lot of back-to-back games, a lot of Friday-Sunday games, and especially early on to get quality minutes out of people. With Olivia Schad and Caroline Andreassen, their prime minutes will be about 25. They gave us all they had and they’re going to, that’s what a junior and senior do.”

Schad and Andreassen handled a majority of the ball against Thomas More, with Andreassen and Lauren Moore leading the team with eight points apiece.

Austin-Robinson said she has plenty of options in the paint, but every post player for Centre is a freshman or sophomore. That showed against the Saints’ Nikki Kiernan, who scored a game-high 24 points on 10-of-14 shooting.

“Nikki Kiernan is a really good post player,” Austin-Robinson said. “We’ve got to learn how to defend in there.”

It was in the third quarter when Thomas More jumped on the Colonels, outscoring the hosts 23-4. Centre was down just 32-24 at halftime, but the Saints amped up their pressure and forced 10 third-quarter turnovers out of the Colonels.

“That’s a young team, learning how to come off of a relatively pretty good first half and then being ready to play in the third quarter,” Austin-Robinson said. “It’s a lot of learning curves right now, we’re going to have a lot of hiccups. But we have a great group that is very coachable, really fun to work with and is hungry to get better every day.”

Coming out and improving with each game and practice is one of the main goals for the team. After two scrimmages and the opening game of the season, Austin-Robinson said her players have improved with each performance.

“I was really proud of them when they set their goals, it has been a couple years since we’ve had a winning season, and that’s the first thing they want to do is have a winning season,” she said. “They understand that our non-conference schedule is really tough, but they’re focused on each and every game.”