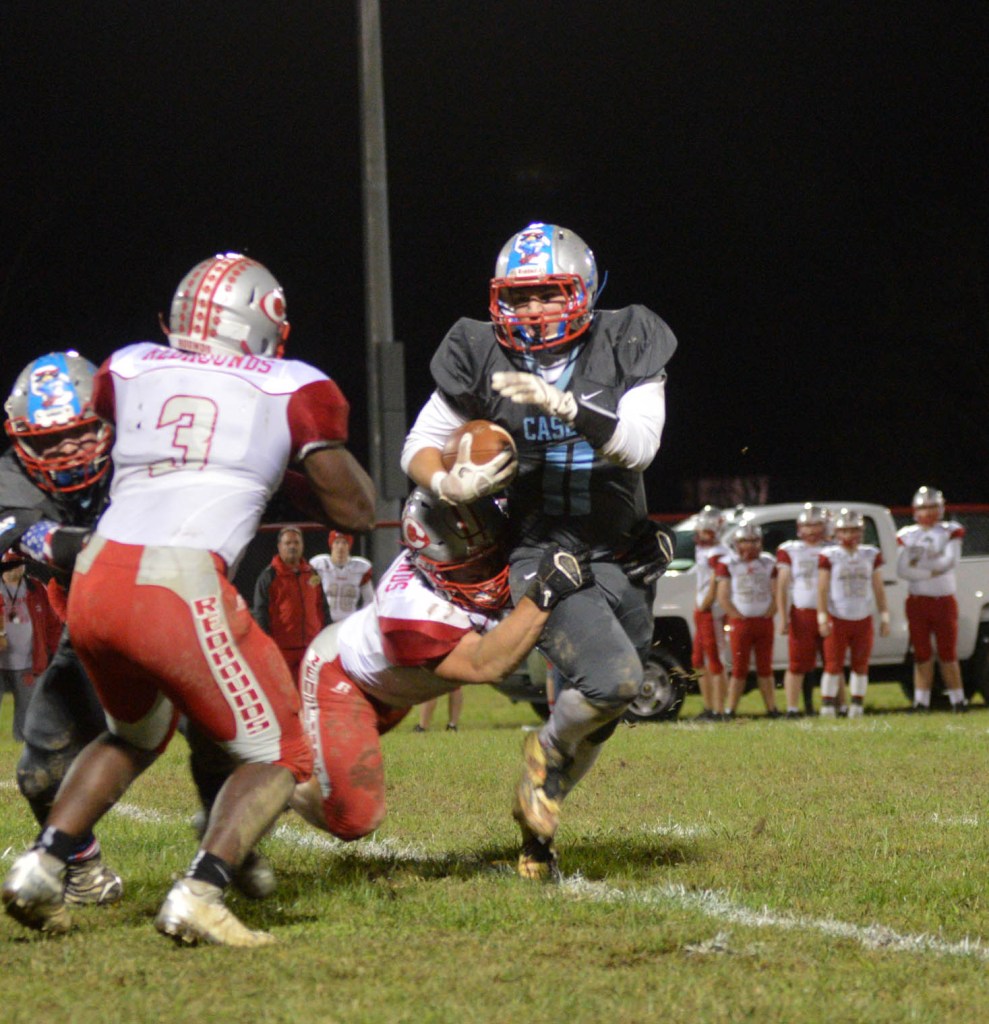 The Rebels are in the region finals for the first time ever, and they’ll be facing a team that has plenty of history playing in big games: Corbin.

Liberty is buzzing and the Rebels are ready for the big stage, coach Steve Stonebraker said.

“People in our county are very excited,” he said. “We have never been to this point before. The great thing for us is to be mentioned along with Corbin since we are playing them for the region title. They have one of the best traditions in all of Kentucky football. Our players, coaches, and fans had great respect for Estill County and certainly didn’t take anything for granted with them.  We are stoked to be advancing on to a rematch with Corbin.”

Corbin dominated the first game the two teams played this season, in what was one of the biggest games in Casey County history: The Rebels were vying for a district title for the first time ever. Corbin won 35-7.

“In our first game, Corbin’s perimeter defenders did a tremendous job against us,” Stonebraker said. “The thing I’ve told the guys this week is we must have a physical mindset, but the perimeter players are the ones who have to bring that the most. They did a tremendous job of taking away certain things from us. We were able to adjust and move the football on them, but we could never finish drives due to mistakes.”

That physical mindset is something that Stonebraker wanted to see last week from his team at Estill County. His team responded.

“I thought our guys answered the bell with the physicality we needed against Estill’s rushing offense to hold them well below their rushing and scoring average,” he said. “We did the same on the offensive side as we rushed for more yards than we have all season.”

The Rebels will need another big-time response against one of the top teams in 3A all season. Corbin is 11-1 and is the only team in 3A that has yet to allow more than 100 points this season.

“In order to beat these guys our specialists will have to limit mistakes, we need to take care of the football and block and tackle better than Corbin,” Stonebraker said. “That’s what Kentucky high school football comes down to. A regional championship game doesn’t change that.”

The mindset to win a game that has never even been played by their predecessors is something every Casey County player needs, Stonebraker said.

“It’s important to believe that you can be successful,” he said. “That’s one of the great things you learn in this game. Football is not an easy game to play. There comes a point in every player’s time in this game where they must win that greatest of all battles which is the battle over self. You have to truly believe you can do something before it can be done.”

Stonebraker and his team have already exceeded expectations this season, and there’s no reason for the Rebels to enter the game nervous, he said.

“I’ve told our guys all week that there is no pressure on us. No one in the pre-season expected us to be here and crash this party.”