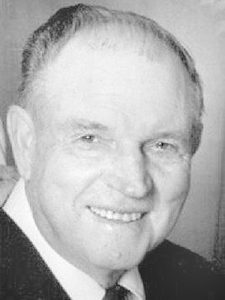 He was a Korean War veteran, having served in the United States Army, and early in life he was a farmer. He was a retired employee of Davis H. Elliot Electrical Contractors where he worked for 30 years. Later in his life he owned and operated Angel Ridge Fox Pen and was a member of Locust Grove Baptist Church where he loved to attend. Survivors include his loving wife of 65 years, Mary Lou Williams of Stanford; three sons, Mark Williams (Rhonda) of Stanford, Dwight Williams of Danville, Ky., and Keith Williams (Sarah) of Berea, Ky.; one daughter, Kathy Wallace (Patrick) of Harrodsburg, Ky.; two brothers, Arlis Williams and Sherman Williams; two sisters, Dessie Reynolds and Iva Ernest all of Stanford; six grandchildren; seven great-grandchildren; and several nieces and nephews.

In addition to his parents, he was preceded in death by two brothers, Carl Greer and Wonza Williams, and one sister, Wilma Jenkins. Visitation will be 5-8 p.m. Friday, Nov. 18, 2016 at Spurlin Funeral Home Chapel, Stanford. A second visitation will be Saturday, Nov. 19, 2016 from 9-11 a.m. at Locust Grove Baptist Church.

Funeral service will begin at the church at 11 a.m. with Bro. Tim Jones officiating.