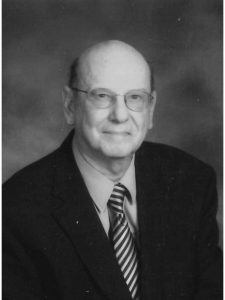 Born December 7, 1946 in Danville, he was the son of the late William R. & Frances Fisher Layton. He was also preceded in death by his wife, Linda Dudderar Layton.

David was a graduate of Lancaster High School, EKU & the University of Kentucky Law School. He had served in the Army and retired from the Army Reserves as a Lt. Colonel in 1996. He was currently a professor at American National University in Danville, the author of “Poetry, Maxims & Musings of a Bipolar Mind” published in 2015, and attended Centenary United Methodist Church in Danville.

His survivors include his sister, Sheila (Michael) Leonard of Danville; several nieces and nephews including Wade (Jennifer) Wiggins of Owensboro; great nephew and niece, Caleb & Ava Wiggins; as well as his beloved dog, Dinky & his cat, Molly.

In lieu of flowers, contributions may go to the Humane Society or Centenary United Methodist Church. Friends and family may leave condolences on his tribute page at www.ramsey-young.com