Hearing -Kentucky- Voices: Due to demand, Playhouse brings back popular offering — plus one 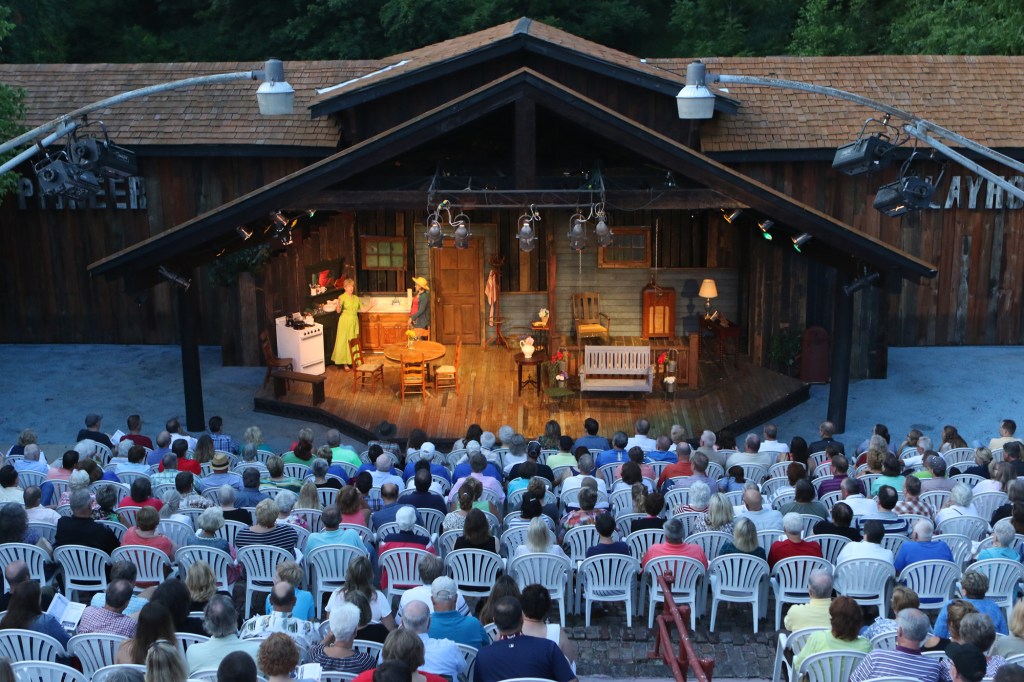 Pioneer Playhouse of Danville has just announced its 2017 summer season, and in celebration of 10 years of presenting its Kentucky Voices series of new plays, the historic theatre will offer two (not just one) Kentucky-centric originals: an audience favorite from the past and a brand new sequel to a 2015 hit.

Starting off the season with a bang will be “Death by Darkness,” an original murder-mystery by Danville playwright Elizabeth Orndorff, set in Mammoth Cave in 1842.

“There are a few plays that patrons ask for again and again, and ‘Death by Darkness’ is one of those,” says Heather Henson, managing director of Kentucky’s Oldest Outdoor Theatre.  “Liz’s plays are always popular, but there’s something about setting a murder mystery in Mammoth Cave that really grabs people. Plus the main character, Stephen Bishop, who was a slave and a guide of the cave, is truly memorable.” 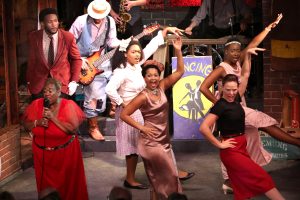 The other Kentucky Voices offering in 2017 will be “Guarded,” the highly anticipated sequel to Grounded, which was adapted from the novel of the same name written by local author, Angela Correll.

“Angela’s story of a young woman returning home to Kentucky to reclaim faith and family spoke to our audiences in a big way,” says Robby Henson, artistic director of the Playhouse. “Patrons wanted to know what happened to Annie and Jake, and now they’ll get that chance. The play is a sequel, but it also has a few new story lines, and so it definitely stands on its own.”

“When we were trying to decide what original play to do this season, we counted up the years and realized that Kentucky Voices is turning 10,” says Heather Henson.  “We’re so proud of the fact that we’ve been producing original Kentucky plays for a whole decade and that we’re the only theatre in the state doing it year after year. We knew we had to celebrate.”

Besides the two Kentucky Voices plays, there will be a comedy about nuns secretly making wine, a new take on a Sherlock Holmes classic, and a silly send up of Elvis impersonators.

“We try to mix it up every year,” says Robby Henson.  “We want to make sure there’s something for everyone.  And this year, there definitely is.”

“You will be changed by this cave.” So warns Stephen Bishop, slave guide to a party of tourists in 1842 at the start of their journey into the depths of Mammoth Cave. Before the night is out, two visitors are dead, one is unmasked as an impostor and secrets are revealed, only to be buried deep inside the belly of the cave.  A Kentucky Voices favorite, back by popular demand; winner of the International Mystery Festival and the Southern Playwrights Award.

Mistaken identities and romances run wild in this laugh-out-loud comedy set in a 1930s convent. Two nuns at the Sisters of Perpetual Sewing have been secretly making wine to keep the convent’s doors open, but Paul and Sally, two reporters and former fiancées, are hot on their trail. Wine and secrets are inevitably spilled as everyone tries to save the convent and reconnect with lost loves

by Holly Hep-Galvan and Robby Henson

In this heartwarming sequel to the hugely popular “Grounded,” former jet-setter, Annie Taylor, is adjusting to farm life and a seemingly perfect future with her childhood friend, Jake. But can Annie really commit, or will she turn tail and run, just like her own father did long ago? At a crossroads, Annie becomes obsessed with a cache of old letters found hidden in the family homestead. Written in Italian during World War II, the letters take Annie on a journey across an ocean, and across time itself, to uncover a family mystery and to restore faith in herself.

Comedic genius, Ken Ludwig (Lend Me a Tenor; Moon Over Buffalo), transforms Arthur Conan Doyle’s classic, The Hound of the Baskervilles, into a murderously funny adventure. The male heirs of the Baskerville line are being dispatched one by one, and Sherlock Holmes must brave the desolate moors of Devonshire as well as a dizzying web of clues, silly accents, disguises, and deceit in order to crack the case. A brilliantly witty new take on Sherlock Holmes.

“Elvis Has Left the Building”

by V. Cate and Duke Ernsberger

It’s December 20th, 1970, and Elvis Presley has disappeared, leaving his wily manager, The Colonel, in a bind.  The Colonel must find the perfect Elvis impersonator in twenty-four hours or get his goose cooked by a Las Vegas heavy. From the team behind “Dracula Bites” and “Don’t Cry for Me, Margaret Mitchell,” this hilarious homage to the King will have you “all shook up” with laughter.

Jimmie Walker rocketed to fame in the 1970’s as “JJ” in the hit TV sitcom, Good Times, and his expression “Dynomite!” quickly morphed into the catchphrase of the day.  Named Time Magazine’s “Comedian of the Decade,” Walker returns to Pioneer Playhouse for three nights only.

Pioneer Playhouse begins its 2017 summer season on June 9 and runs through Aug. 19, with a different show opening every two weeks. As always, the legendary theatre will wrap things up with a special comedy weekend Aug. 24-26. Reservations and patrons passes are now available for purchase on line at pioneerplayhouse.com or by calling the box office 9 a.m.-1 p.m. weekdays at (859) 236-2747. In time for the holidays, there will be a $10 discount on all season passes purchased before Jan. 1.