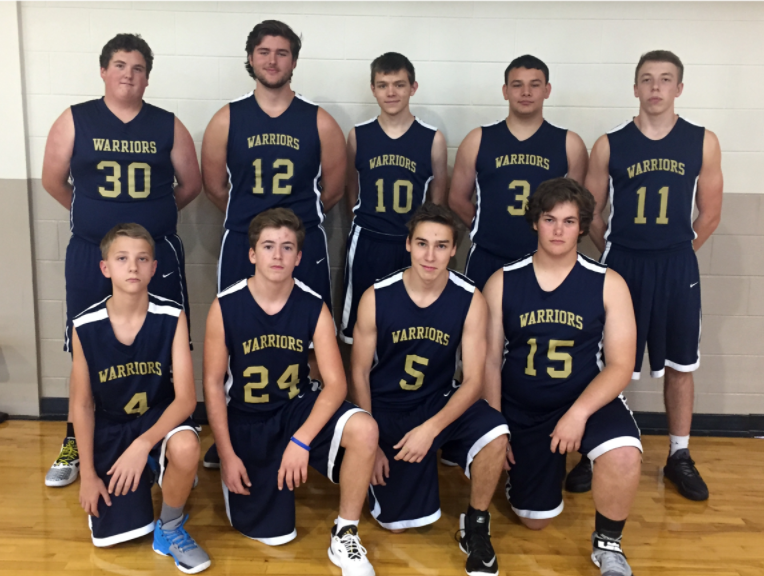 The Indiana Pacers will be hosting the Warriors on Wednesday in Indianapolis.

Not those Warriors, though.

“I met a Pacers representative about 10 years ago and learned of the opportunity for school teams to play at their arena in exchange for the teams selling a certain amount of tickets for the court time,” DCA head coach Jamie Middleton said. “We have since formed a good relationship with the Pacers.”

In that time, DCA has made the trip with boys’ and girls’ basketball teams every three years. This year, the girls’ team didn’t have enough interest to field a team, so it’s just the boys team attending.

“Going once every three years allows our student-athletes to play in a NBA/WNBA arena at least once in their high school careers,” Middleton said. “Some of our student-athletes have never been to Indianapolis and most have never been to a professional team’s arena or seen a NBA game in person, so this is also an educational experience and helps make lifetime memories for all involved.”

The memories aren’t going take away from the actual game in an NBA arena — something many basketball players across the country never get to experience.

“From a basketball perspective, it will be a huge difference in depth perception for shooting the ball,” Middleton said. “There is nothing our team has experienced to compare to shooting in the open space of a 20,000 seat arena. Whichever team can make the adjustment quicker will probably win the game.

“From a life perspective, this will be something the student-athletes will remember for the rest of their lives. The vast majority of high school student-athletes will not get an opportunity to play in the NBA or play big-time college basketball, so this will probably be the only time in their lives that they will get to play a game in an NBA arena, or even stand on the same floor as NBA players.”

It’s an experience that will turn some players into Pacers fans, Middleton said.

“We have some Pacers fans on our team and we always have a lot more Indiana Pacers and Indiana Fever fans after the event,” he said. “I’m probably the biggest Pacers fan of the group. The Pacers have always been very friendly to us.”

The competition will be friendly as well, being an exhibition. It’s about the student-athletes getting the experience, Middleton said.

“Each team wishes to place more importance on giving all of our student-athletes the experience of actually playing in an NBA arena instead of the usual game experience of only playing your best players at each position for each situation,” he said.

After the event, Middleton said the families have the chance to experience Indianapolis.

“We usually eat together downtown and then walk to Circle Center Mall,” he said. “With the timing of the event being the day before Thanksgiving, our families are carpooling to the event instead of taking a bus, since each family has different plans for after the game.  With many museums, NCAA and other attractions in downtown Indianapolis, I am sure our families will take advantage of the many things that Indianapolis has to offer.”