Admirals ready to take next step 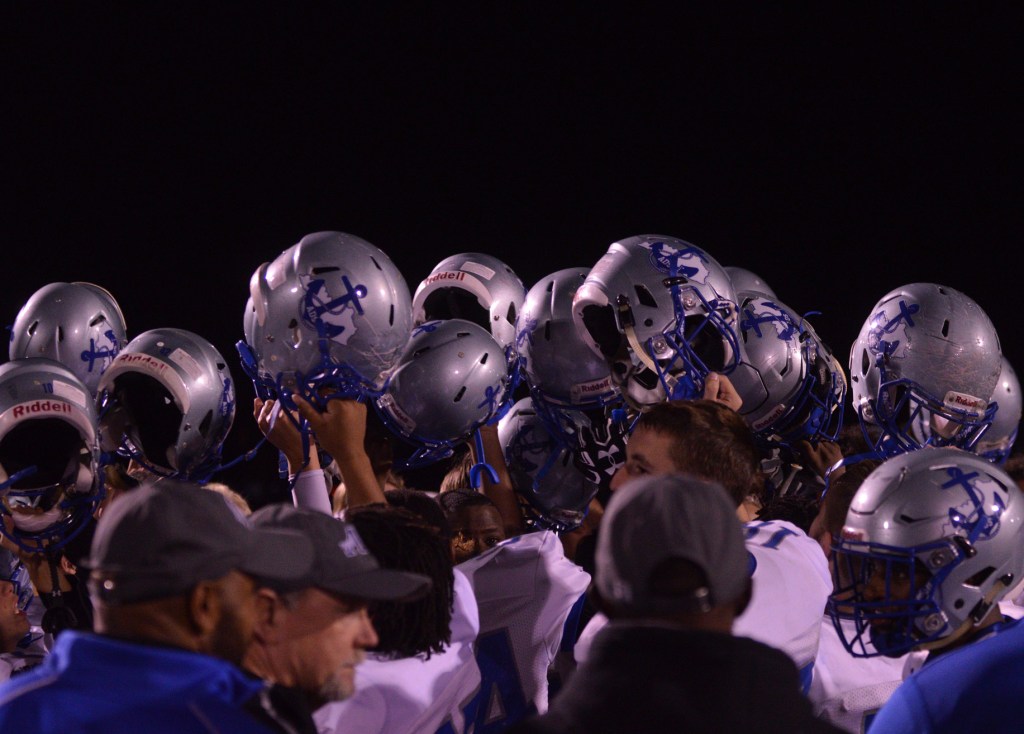 Winning a region title and advancing to the state semifinal game is nothing new for the Danville football program. During former coach Sam Harp’s 25 seasons, the Admirals won 16 region championships.

What is new is making it this far for this generation of Ads. When they played Newport Central Catholic in last year’s semifinal, it was the first region title since 2010 and only second in 10 years.

The Ads made it back-to-back region championships in last Friday’s 34-28 win at Lexington Christian. They’ll host Covington Holy Cross in a Class 2A state semifinal at 7:30 p.m. Friday.

“Last year, it was the first in a while that Danville had gotten back in the title conversation since 2010,” Danville coach Clay Clevenger said. “Five years in Danville without being in that conversation is an eternity.

“Now you’re kind of getting used to that again to a certain extent, like we’re supposed to be here. Hopefully the guys take the approach that we need to take going into this game and understand we fell a little short last year but we were right there, knocking on the door to go to a state championship game.”

For most of this Danville roster, the last Ads state title came when they were still toddlers. For an historically significant program with 11 state titles, that drought without a state title really is an eternity.

But those thoughts and pedigree were never too far away from these players. Senior quarterback Zach Dampier said he grew up thinking about making deep runs in the playoffs and hoisting state championship trophies.

“You always pursue excellence here because that’s what the standard is,” Dampier said. “… There was some (pressure), but coach Clev always said don’t let it pressure you more because you have great support behind you. The whole community gets behind us. That’s what I’ve had to focus on.”

These Ads are back for another try to making it to Bowling Green after losing 15-7 in last year’s semifinal. After beating LCA, junior Dmauriae VanCleave said the loss to Newport Central Catholic was motivation for him throughout the offseason and into this year.

“Kids today, a lot of times they spend time trying to act cool, they don’t talk about that kind of stuff,” Clevenger said, “but it’s kind of like I said they wanted to low key beat LCA, I think deep down they know they were close and a couple of breaks they could have been playing for that (state title). What do we need to do to get back there?”

Holy Cross enters Friday’s game with one state title won in 2011. Since that championship, though, the Indians have won 12 of their 46 games and haven’t advanced past the region semifinal.

The Indians rely upon their ground game — 78 percent of their 4499 yards come through the running attack — and why not? Senior Derrick Barnes is a 6-foot-3, 235 pounder who has signed with NCAA Division I University of Toledo. Barnes has rushed for 1,477 yards and 20 touchdowns.

And if Barnes wasn’t enough, Xavier Abernathy is a 6-foot, 235-pound senior with 974 yards and 16 scores. All together, the Indians average 269 rushing yards per game and have scored 49 times on the ground.

Clevenger is a 1996 Danville graduate, winning state titles in ‘92 and ‘94 and playing in the state semifinals the other two seasons. So with that sort of history, is this where Danville football belongs, playing the weekend after Thanksgiving with a trip to the state title game on the line?

“If you grew up here from 1984 until about 2004, yeah,” Clevenger said. “But … this generation, even though they’ve heard it from their uncles and their dads and their older brothers, they haven’t necessarily experienced as much. Hopefully we can get them back to having the same expectations we’ve had here for so long.”

The Ads can take another step towards regaining some of that past glory with a win Friday. No pressure or anything.