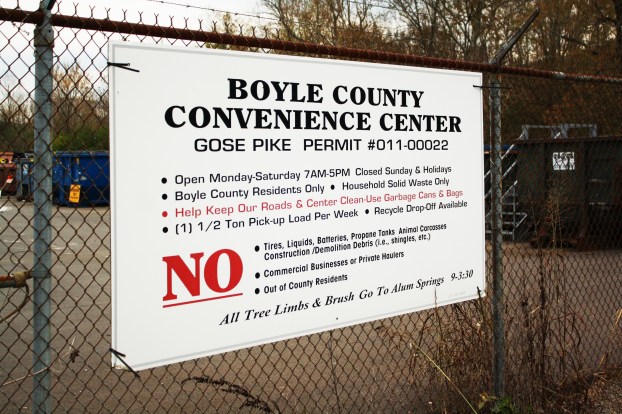 With construction of the new tower at Goss Pike Convenience Center still going on, the Boyle County Solid Waste Department is still asking residents to use other centers.

As of this week, the block for the new tower has been laid, and next Monday, the road department will start to frame the new building, she said.

Fechter said last week went very well, with many residents using other convenience centers. But on Monday, 316 people used the Gose Pike Convenience Center. Fechter said this number is average for a Monday, but with the construction, having that many people puts a strain on the available waste boxes.

“We need people to continue to go to the other convenience centers if they can,” Fechter said.

Construction of the building is estimated to take three weeks and be complete on Dec. 2.

This week’s events at the Boyle County Public Library