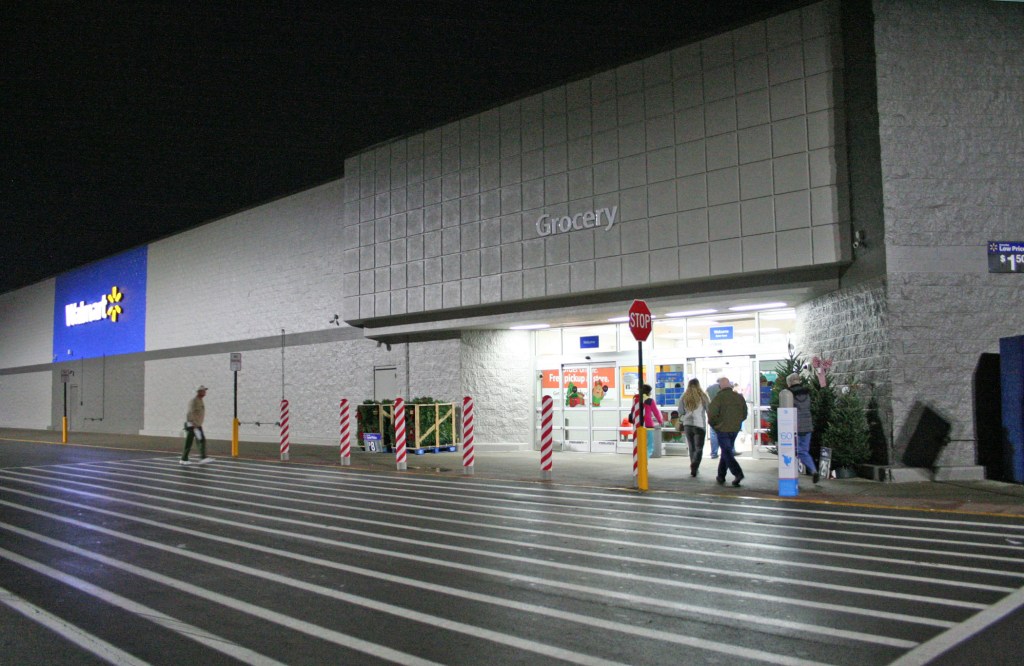 Kendra Peek/kendra.peek@amnews.com A steady flow of people entered Walmart Friday morning, but the store was fairly uncrowded compared to the night before. 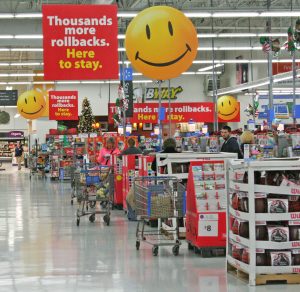 Kendra Peek/kendra.peek@amnews.com
Walmart aisles were calm and clean Black Friday morning, but shoppers said it had been much busier the night before.

Danville stores looked less like Black Friday early this morning and more like any other day, leaving shoppers to quietly peruse the aisles searching for their holiday surprises.

No employees or managers at any of the retailers visited would go on record as to why they thought crowds were sparse. Some folks commented maybe Lexington was seeing more foot traffic than Danville; or perhaps, due to the push to have retailers closed on Thanksgiving, everyone was getting a later start all the way around.

Patricia Elmore, who lives on a farm in Garrard County, started her morning at Tractor Supply about 6 a.m., because that’s “when it opened,” in hopes of securing gifts for her grandchildren who love farm-related items.

“They had specific things they wanted. My 2-year-old grandson is really into cows, so everything is ‘Moo’ this and ‘Moo’ that,” she said.

Elmore said she visited Walmart in Nicholasville and Danville the night before, both of which were packed. At the one in Nicholasville, “There were no parking spaces,” she said.

This is the third year she’s participated in the Black Friday shopping craze.

“You gotta save a dollar if you can,” Elmore said. 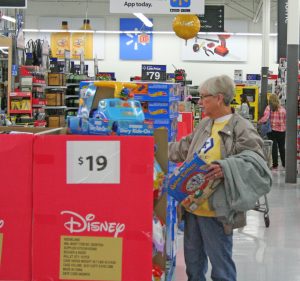 Kendra Peek/kendra.peek@amnews.com
Dora Hicks of Hustonville shops at Walmart. Hicks said she had started about 7 a.m., hoping to miss the early crowds.

A few aisles over, Barbara and William Moore of Harrodsburg were doing some shopping — more for functionality than Christmas presents. The couple came out for the sales Tractor Supply had on tractor-related items, such as hydraulic fluid.

“There are good sales,” Barbara said. They said they learned about the sales when a friend told them. Since it was stuff William Moore needed for his farm, they figured they’d make the trip.

Barbara Moore said they had been to Harrodsburg Walmart the night before, which was very packed.

“I told him it would be packed (this morning),” Moore said. The lack of a crowd surprised her.

Walmart reflected similar crowds. It was the end of the night for Casey and Dawn Brown, who started their Black Friday shopping late Thursday night. The couple began shopping around 7:30 last night, after Thanksgiving dinner, then headed to Lexington later in the night before returning to Danville early this morning.

“It was a mad house here (at Walmart),” Dawn Brown said. They stood in line for about two hours.

Black Friday shopping is a yearly tradition for Brown and her family, originally from Versailles. “My aunt is good at planning so we miss the crowds,” she said. 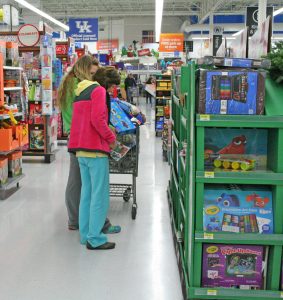 Kendra Peek/kendra.peek@amnews.com
Annette Hall and Brittany Nye shop Friday morning at Walmart. The two said they started their shopping at about 7 a.m. and had been Black Friday shopping for the last few years.

Lexington was surprisingly calm, too, they said. It probably helped that the Fayette Mall was closed, Casey Brown said.

“I don’t go (Black Friday shopping) often. The sales brought me out,” he said.

This was his second year participating in the trend. He said last year, he braved the crowds for a television for his mom, starting at the Walmart in Nicholasville. Last year, it was a completely different picture at that Walmart: the store had experienced the rough side of the day, with items strewn about.

“When I got back here to Danville, it was like this, clean and organized,” Brown said, impressed with how they kept it cleaned up.

The couple said the reason they were back this morning was for home goods items, to stock their house, newly-purchased in time for the holidays. 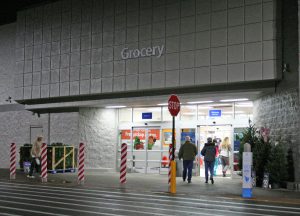 Kendra Peek/kendra.peek@amnews.com
A steady flow of people entered Walmart Friday morning, but the store was fairly uncrowded compared to the night before.