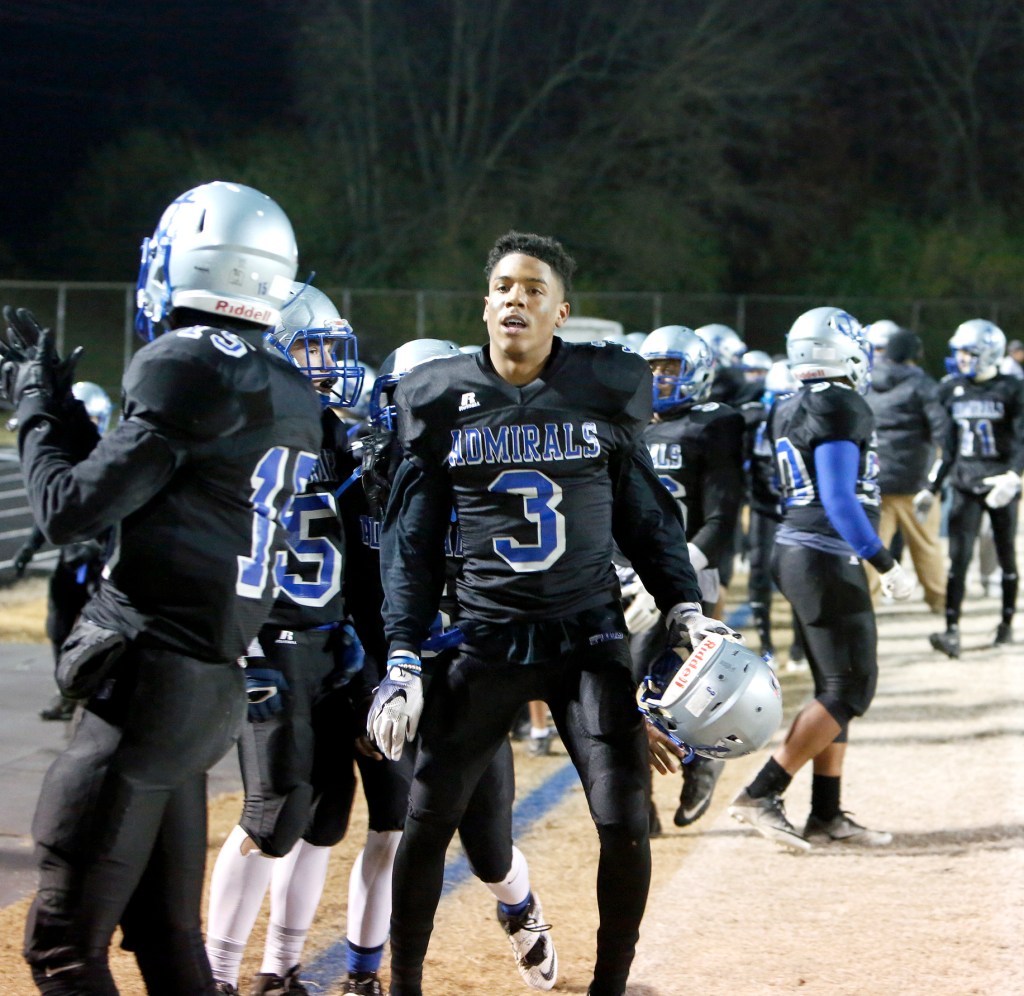 By almost any definition, David Walker had the game of his life Friday night. By his own measure, however, it will only be second best.

Walker made many of the biggest plays in Danville’s 42-35 victory over Covington Holy Cross in a Class 2A semifinal, starring on offense, defense and special teams.

He caught three touchdown passes, blocked a punt to set up a touchdown and had an interception in the win that sent the Admirals to the state finals for the first time since 2006.

And it wasn’t the game of his life?

Walker and the Admirals will get their chance to shine on the state’s biggest stage thanks in part to an impressive offensive performance against a stingy Holy Cross defense at Admiral Stadium.

Danville scored more points than Holy Cross had allowed in any previous game and surpassed the Indians’ average of 171 yards allowed per game by 131 yards.

Walker did much of the damage, accounting for more than half of his team’s 302 yards with eight receptions totaling 175 yards. He filled the void left by the absence of the Admirals’ leading receiver, D’Mauriae VanCleave, who left the game in the second quarter and was checked for concussion symptoms after hitting his head on the field.

VanCleave scored on a 2-yard run early in the second quarter and was stopped for a 4-yard loss on the first play of Danville’s next series. He did not play again.

“My receiving corps is probably the best in the state of Kentucky. A lot of people try to sleep on them,” Danville quarterback Zach Dampier said.

Walker is Danville’s second-leading receiver with 55 receptions and a team-high 16 touchdown catches.

“He’s one of the best receivers, I think, in the state of Kentucky,” said Dampier, who threw for 256 yards and four TDs. “They tried to single-cover him, and if you single-cover most of my guys, it’s going to be a long night for you.”

Both Dampier and Walker said they had seen on film that Holy Cross’ defense favored man-to-man pass coverage, and they expected to have success against it.

“I knew that we would be able to put up points as long as we had time to throw the ball,” Dampier said. “The offensive line did a great job.”

“We knew they were going to play man defense. I told coach that I’d have a field day in the secondary, and he listed to me this time,” Walker added.

Walker wasn’t able to play when Danville lost in the semifinal round last year due to a neck injury, and he’s glad he got to be in on the action Friday and will be on the field Dec. 4 in Bowling Green when the Admirals play Louisville Christian for the Class 2A championship.

“Now that we get to play, we get to make the most of that chance,” he said.