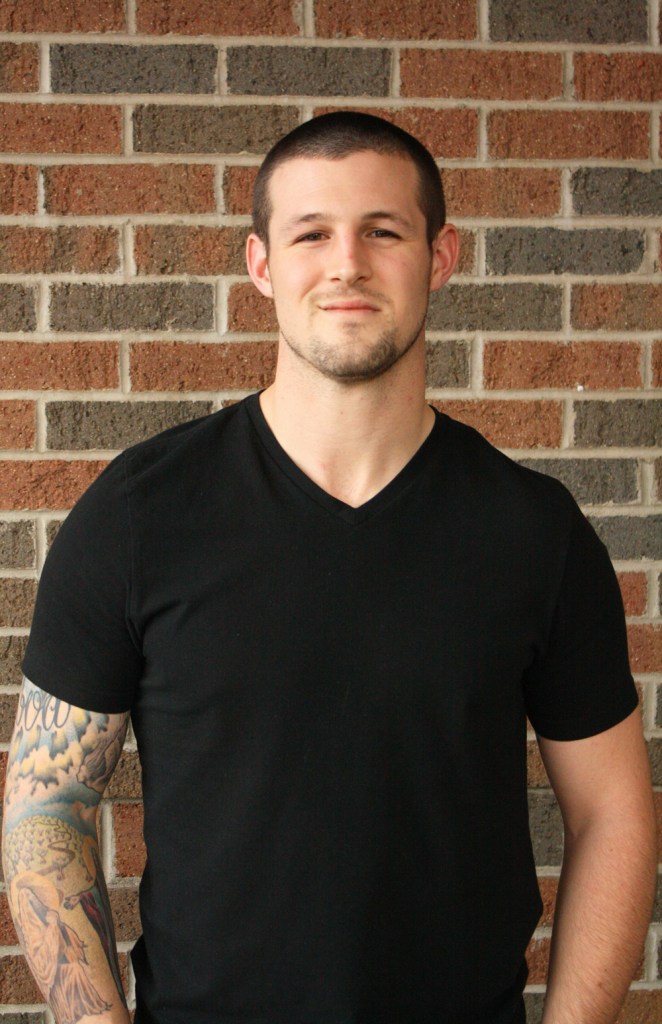 Alex Elswick, of Lexington, graduated from Centre College in 2015 and is in long-term recovery from an addiction to oxycodone and heroin.

A video campaign was launched by the U.S. Attorney’s Office for the Eastern District of Kentucky  last month to better educate Kentucky communities about the opioid and heroin epidemic and address misperceptions.

The video campaign is connected with the Heroin Education Action Team (HEAT) effort that finds individuals who have personally been affected by the opioid and heroin epidemic who are proactive in telling their story to groups to help spread awareness.

Centre College graduate Alex Elswick is featured in two of the videos. Elswick is in long-term recovery from an addiction to oxycodone and heroin.

Even though Elswick grew up in a happy home and was a pretty typical kid growing up, he found himself caught in addiction because of two important details about his life.

“I had a genetic predisposition for addiction … and I struggled with anxiety from a young age, and I sought ways to cope with the way I felt and that also meant I was more likely to have an addiction at some point in my life,” Elswick said.

“The reason why that was such an important experience for me was because of what marijuana did for me,” he said. “It was self-medication, and it helped me cope with anxiety.”

After high school, he went on to play baseball for Centre College. He said he continued to smoke marijuana and eventually started selling it.

When Elswick was 18, he was pulled over for a brake light being out, and he found himself getting arrested for drug trafficking, he said.

When he was released from jail, he was told that he was not only kicked off the baseball team, but he was also kicked out of Centre.

“And I swore right then and there, for the first time of many times, that I was done with drugs and alcohol,” Elswick said. “And I meant it — with all my heart I meant it.”

While he was on probation after his arrest, he said he underwent oral surgery to have his wisdom teeth removed and was prescribed oxycodone. He ended up being prescribed the medication twice, and did not abuse it either time.

“For somebody with a genetic predisposition and with clinical anxiety, that was enough,” he said. “It did something for me.”

After he finished the prescription, Elswick described how he began to feel anxious, depressed and irritable, which led him to buying the pills off the street.

“The next two or three years, it just progressed really gradually,” he said.

After telling his parents that he had a problem, he eventually started going to treatment.

He started with eight days of detox, and when he got out, he said he had minimal support and relapsed. He returned for 30 days, and the cycle repeated, then again for 45 days and he relapsed again.

“It is imperative that anyone understands that every time I went to treatment, I wanted desperately to stop,” Elswick said. “I wanted to stop, but I wanted to just be OK.”

After essentially giving up on treatment, he moved to Cincinnati, where he was introduced to heroin and began using a needle to inject the drug.

In 2013, after several events took place in his life, he found himself back in treatment at The Salvation Army in Dayton, Ohio. He said after two days of treatment, withdrawal was too hard and he left. When he left treatment, he said he ended up sleeping under the bridge of Highway 35 before returning to treatment.

“It was easier to be under a bridge shooting heroin than it was, at least in the first month or two, in that treatment center,” Elswick said.

After making it through treatment at The Salvation Army, he returned to Centre in 2014. He graduated in January 2015 with a bachelor’s degree in history.

Elswick is currently finishing a master’s degree at the University of Kentucky in marriage and family therapy. He plans to start a doctoral program next fall in family science. He is also a co-founder of a non-profit organization in Lexington called Voices of Hope that helps mobilize the community to support recovery.

Over the last three years, he has been advocating for those who struggle with addiction.

He said there is a huge emphasis on treatment, which is important, but the focus is really on long-term recovery.

“Addiction is a chronic disease, and you have to treat it on an ongoing basis like any other disease,” Elswick said.

Elswick wants those who are struggling with a substance use disorder to know that they are not alone.

He said a substance use disorder cannot be solved until the person believes they have a problem.

“I stress to everyone I meet that the individual and their families educate themselves and read every bit of literature they can get their hands on,” Elswick said. “Reach out for help, get yourself into treatment and understand that is the beginning, that is not a cure-all. You’re not fixed; that’s the beginning. Then you have to figure out how to live.”

There are four educational videos available from the U.S. Attorney’s Office that look at the history of heroin addiction, what’s being done by prosecutors to combat the current epidemic, how addicts are finding roads to recovery and how addiction affects families. The videos can be views by visiting www.justice.gov/usao-edky/heat.