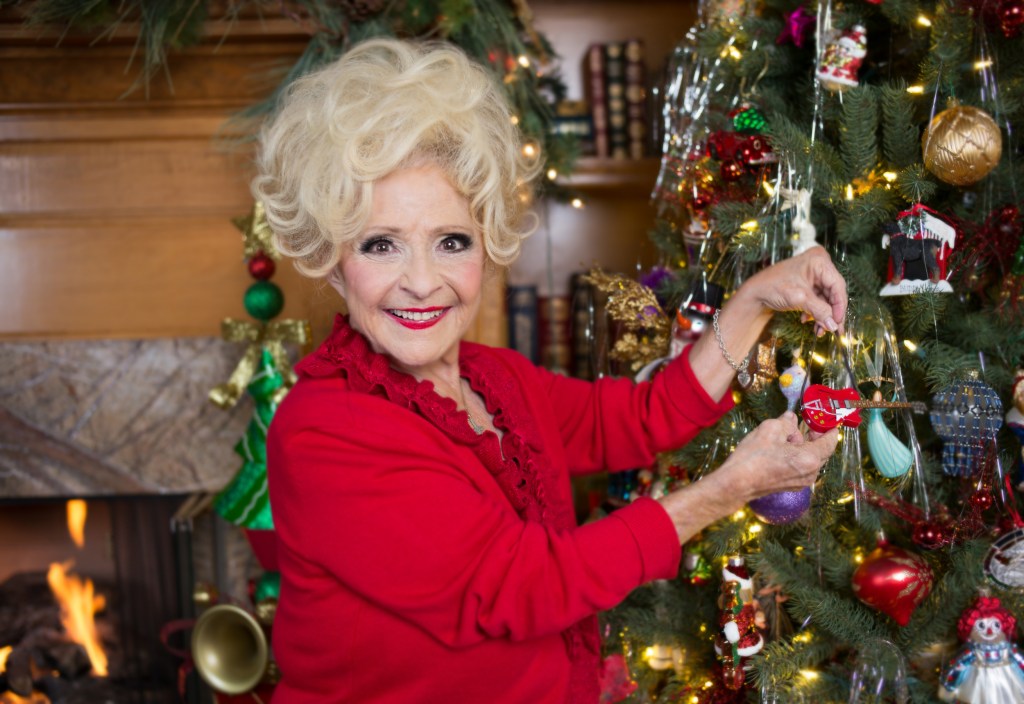 Superstar performer Brenda Lee makes her Newlin Hall debut this December in a concert filled with holiday favorites and classic hits. Lee, a multi-award winning vocalist, is beloved around the world for a litany of classic hits like “I’m Sorry” (which has sold over 20 million copies) and “Break It To Me Gently,” while her perennial holiday classic, “Rockin’ Around The Christmas Tree” wins new fans every year and even reached #1 on the Billboard Christmas charts in 2015 – a remarkable 55 years since its initial release in 1960.

“We are absolutely thrilled and honored to present Miss Brenda Lee,” said Norton Center executive director Steve Hoffman. “It will certainly be a highlight for everyone to hear her sing her timeless song, ‘Rockin’ Around the Christmas Tree’ as part of this festive and rocking Christmas concert. And, we get goosebumps just thinking about all of the legendary artists she has worked with – from Patsy Cline and Gene Vincent to Elvis Presley and the Beatles!”

Lee is a member of the Rock ‘n’ Roll Hall of Fame, the Country Music Hall of Fame, and the Rockabilly Hall of Fame, Lee has been nominated for four Grammy Awards and has received both the prestigious NARAS Governor’s Award and a Lifetime Achievement Grammy from the National Academy of Recording Arts and Sciences. Over 100 million units of her music have been sold around the world.

Lee was born Brenda Mae Tarpley in Atlanta, Georgia in 1944. Her vocal skills were evident early on, and she won her first talent contest at age five. She performed on a local radio show and at seven became a regular on a Saturday-afternoon TV show. In 1956, she auditioned for country singer Red Foley and wound up joining the cast of Ozark Jubilee, a Missouri-based country-music TV show. That May, she signed to Decca Records, inaugurating a prolific and hit-filled recording career. Her third single, “One Step at a Time,” was her first to chart, reaching No. 15 on the country chart and just missing the pop Top Forty by three places. Her major breakthrough, and the biggest hit of her career, “I’m Sorry,” was one of the first songs cut in Nashville to feature strings, thereby helping to inaugurate the now quintessential “Nashville Sound.”

Her impact on rock and roll in the late ‘50s and early ‘60s had much to do with her youthful ability to belt out a tune. She cut material in a variety of styles, verging on rockabilly in her twangy remake of Hank Williams’ “Jambalaya” (Lee’s first single, issued in September 1956), sounding like a gospel singer on “One Day at a Time” and rocking hard on the vocal showcase “Dynamite,” from which she acquired her nickname.

She was a sensation in Europe, especially France. During those magical years, she shared stages with Elvis Presley, the Beatles (who opened for her), Gene Vincent, Duane Eddy and Patsy Cline. When Lee and Vincent toured Europe together, they were dubbed “the King and Queen of Rock and Roll.”

John Lennon is alleged to have said, “She has the greatest rock and roll voice of them all.”