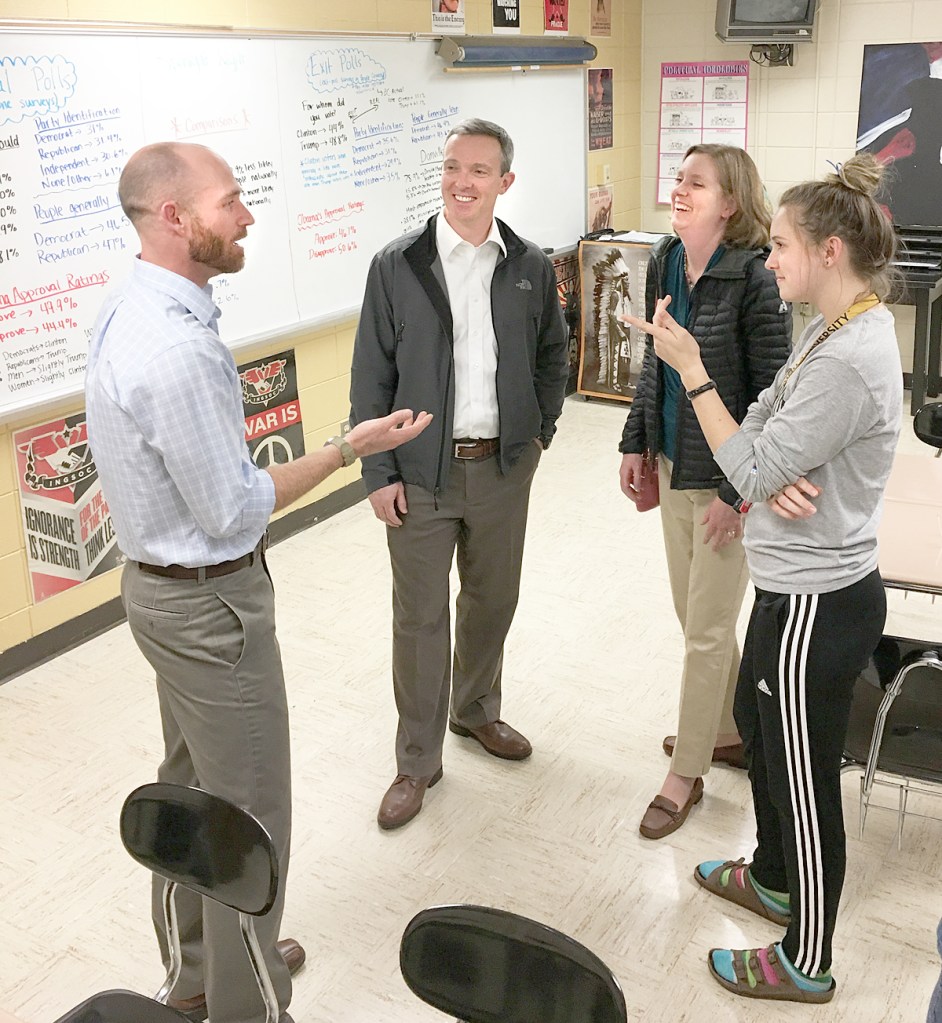 Poto by Adrien Vansteenlandt Ryan New speaks with a student and her family at the BCHS Spotlight Night.

Boyle County High School’s Advanced Placement (AP) Government class of 31 students is one of the largest in the school for a good reason. Ryan New, the AP Government teacher returning from a year’s absence working at the state level to prepare teachers as well as create social studies curriculum, motivates students of all grade levels to work with him.

New’s senior AP Government class is like an experiment because he “plans on turning the class over to the seniors constantly throughout the year.” The class is designed for students to learn about government and then become active citizens in order to make a change in the community. To show this, the students each create a citizenship project throughout the year to show their involvement outside of the classroom.

One example of students growing in a political and social manner is when New teamed up with Centre College Professor Dr. Ben Knoll to conduct a phone survey two weeks prior to the election. All of New’s students as well as Knoll’s participated for two five-hour sessions at Centre College. Students called random samples of numbers to ask for participation in a 10-minute survey.

Another example of the students’ political growth was on election day, when New’s class once again teamed up with Knoll’s class to bring an exit poll to eight out of the nine precincts in Boyle County. All students conducted the exit surveys in groups of two or three depending on the location and all students participated for three hours in between the voting hours of 6 a.m. to 6 p.m.

Both activities were designed to have students engage as well as be exposed to the political and social aspects within everyday life in the community. The experience was eye opening.

Senior Laura Nolan said, “It is nice to see how government works outside of the classroom.”

Although the citizenship project is a tough workload for the students, everyone sees the implications of their actions in the community in real time, which is a unique experience for all.