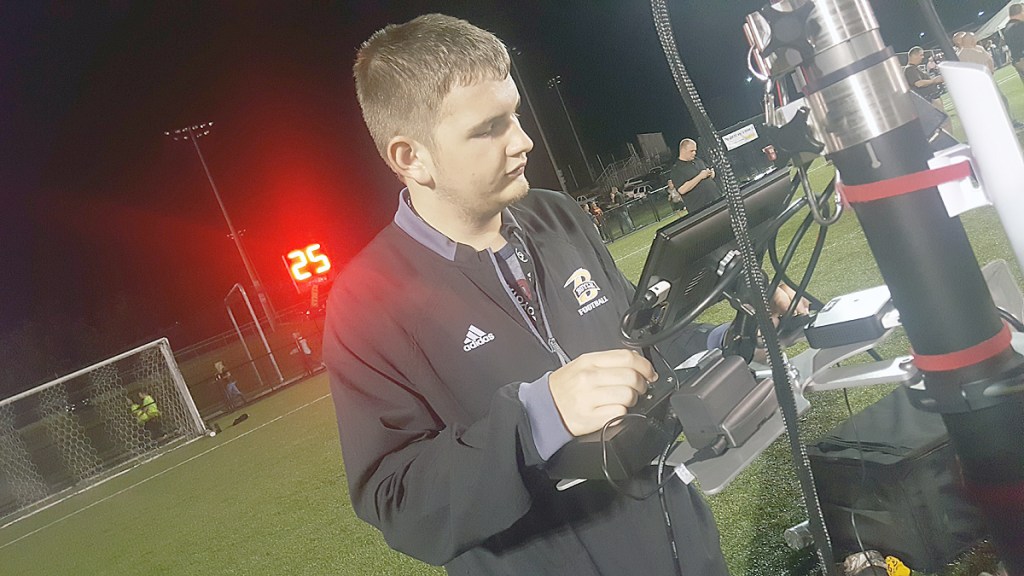 There are many behind-the-scenes elements to high school football games and this includes the staff whose work commonly goes unrecognized. This is the case with Austin Norvell and Braydon Coffman, senior and freshman videographers who are responsible for capturing the action at all Rebel games and practices.

All of the hours dedicated by football staff and players are not unique only to them. Compared to the team, the tasks that the videographers complete often take as many hours every week. Work that Norvell and Coffman complete is under the supervision of yearbook teacher and football/track coach Damian Laymon who calculated, “Filming practices, that’s probably an hour and a half a day including prep time. Working on game days adds another six hours, including the drive time to and from games. They put in at least 12-15 hours a week, but probably closer to 20.”

The endless hours that are spent covering the action are not felt by Norvell and Coffman alone, but also by the rest of the videography staff which consists of freshmen Zach Casey and Tyler Carmichael as well as sophomore Savannah Palmer. The staff attributes their passion for their work to different motives. 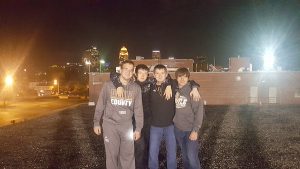 Norvell remembers how it all started. “My props go to (then video coordinator) David Christopher. He approached me my sophomore year when I had him for a business principles class. He asked if I would like to do it and I agreed. At the end of that school year, I started going to the football team’s practices. I got introduced to the program that way.”

Coffman added his first interest was sparked via a different staff member. “I got introduced by Coach (Chuck) Smith who kept asking me for three months straight if I wanted to do this. I ended up attending a few practices and that is how I started.”

This past summer, Coffman and Norvell were both excited about the new video equipment purchased by the football team. “This past year we obtained a drone. It was a really cool experience to get to use it as it varies greatly from the typical camera and tripod set-up. Going from small scale production to a more expensive method was definitely a step forward, and it took a lot of getting used to and responsibility,” said Norvell.

Their interest in working with the team has not lessened, but Norvell says he will likely not continue pursuing this passion after high school.

“As of right now I don’t plan to participate in a film related industry or club in college. I just want to go to college and focus on getting my bachelor’s degree. I plan to attend Western Kentucky University in the fall of 2017.”

Norvell and Coffman are extremely thankful to have been given the opportunity to work with the football team this past season. Norvell would like to send a final message to those who have helped him throughout his videographing. “I would like to thank Coach Smith for such a great opportunity.

“It was truly an honor to work under him and be a part of Boyle County Football for three years. I’ve learned a lot from him and I will miss working for coach and his incredible staff. I’ll always appreciate the memories that I’ve created over the past few years. I wish Coach Smith and his staff and the team the best of luck in the years to come. I didn’t do my job for a ring. At the end of the day, I had a job, I did it, and it was an honor to have it.”