Beverly (Jean) Peele Beach, 74, of Stanford, wife of Dave Beach, passed away on Monday, Nov. 28, 2016, at Ephraim McDowell Regional Hospital in Danville, Kentucky. Jean was born Oct. 19, 1942, in Virginia Beach, Virginia. She was the daughter of the late Thelma Estelle Fentress and James Clarence Peele. She was a Christian homemaker who loved her family deeply. 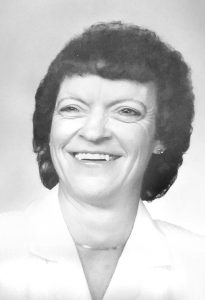 In addition to her parents, she was preceded in death by three brothers, Jimmy Peele, Michael Snipes and Keith Neal.

Burial will be in Danville Memorial Gardens. Visitation will be after 6 p.m. on Wednesday, Nov. 30, 2016, at McKnight Funeral Home.