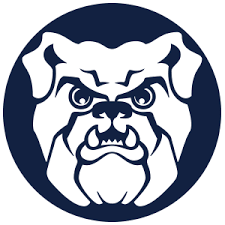 When the next-smallest school in a district has nearly six times the enrollment of your school, it’s important to find other values to base success upon rather than wins and losses in district games.

For the Burgin boys and girls basketball teams, that means scheduling games against like-sized schools from around the state. The Bulldogs’ programs each have games against smaller schools like Whitesville Trinity, St. Francis, Riverside Christian, Portland Christian and Middlesboro.

“We say we’re not strong in the district, we’re not favored to win the (All-A Tournament), so let’s win as many regular season games against people we can schedule that we have control over,” Burgin boys coach Don Irvine said. “A couple of the years we’ve beaten Mercer … or almost upset West Jessamine, I think the confidence level is there. People say you need to play good competition, and we do; by the time we play our district games and the A tournament, we’ve sprinkled in enough tough games for us during our season.

“To these smaller schools, we’re their hope for the season, too. It’s a pretty good rivalry when we play our St. Francis and Portland Christian and Fort Knox.”

Reframing goals doesn’t mean the Bulldogs are willing to give an inch to fellow 46th District opponents Mercer County, East Jessamine and West Jessamine. But considering the Bulldogs boys enrollment for 2015-16 was 75 and the average of the other three schools was 534, being realistic is important.

The Burgin boys posted a 15-14 record last year, its first winning season since going 22-9 in ‘11-12. Not coincidentally, the gap between those seasons was also the time span during which Irvine wasn’t coaching the Bulldogs. This will be his second season back with the Bulldogs after posting a 77-49 record in his final five seasons previously in Burgin, including four winning campaigns.

But this year’s cast of players will need to regroup after losing three talented seniors in Tommy Lopresto, Michael Raiser and Cooper Shearer — players who accounted for more than 60 percent of the Bulldogs’ scoring and 430 rebounds.

Their leading returning player, Jordan Hurst, averaged 8.4 points and 10.0 rebounds per game. At 5-foot-11, 200 pounds, the senior post player will routinely give up size to players he’s matched up against.

They also return Micah Dunn, a 5-foot-5 senior guard who put up nearly seven points per game last year. According to Irvine, they’ll need Dunn to pick up more of the scoring load this year.

“Being a senior guard, he’s one of the most important guys on your team,” Irvine said. “We’ve still got to get a scoring mentality out of him. He still likes to defer. He was around a lot of guys who could score last year, so he could distribute. I need him to score this year.”

“Those six, depending on how they come around, are going to be the ones we hang our hat on this year,” Irvine said.

Like the boys, the Burgin girls lost a large-for-them senior class with the graduation of four players, but they do have six players back from last year’s roster — senior Alex Naylor, juniors Miranda Hungate, Summer Mullins and Autumn Randsdell, sophomore Destiney Thompkins and freshman Julia Horton.