On the job, K9 drug dogs face threat of overdosing on fentanyl 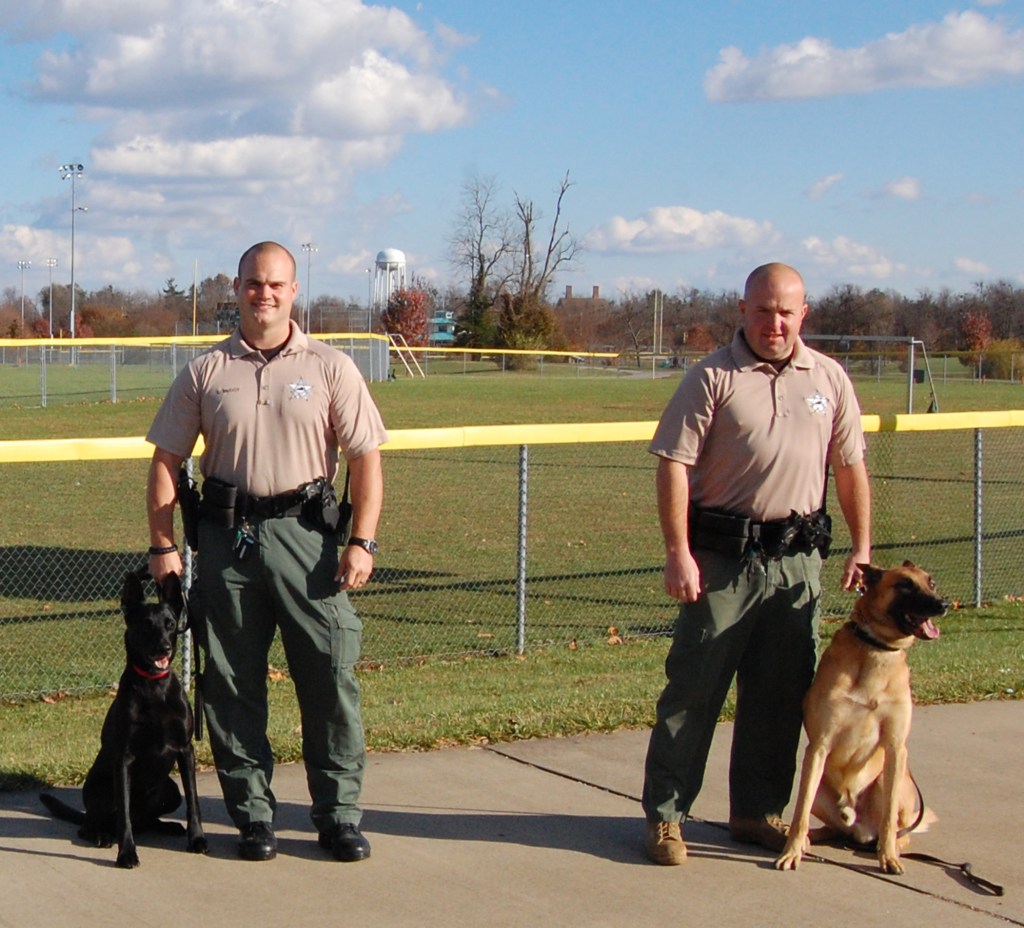 The powerful drug fentanyl has been contributing to overdoses and overdose deaths among heroin users in Boyle County and Kentucky. Now, officials say the drug is threatening a different group: law enforcement drug dogs.

There have been five or six instances of drug dogs in Florida overdosing on the drug due to inhaling or stepping on residue, which is then absorbed into their bodies, he said. All of the dogs have survived without lasting problems.

Officials suspect fentanyl has been mixed with heroin circulating in the Danville area since early in the year. Fentanyl is 10 times stronger than heroin.

Law enforcement is having to adapt to keep up.

“You try to evolve with the trends,” Robbins said.

That evolution includes changing from latex gloves to nitrile gloves, because Fentanyl can be absorbed through latex.

It includes using swabs to test instead of placing the substance inside field testing machines, because fentanyl can damage the machines.

And, as Robbins recently learned at a training he attended with K9 Deputy Casey McCoy in Florida, it includes keeping a closer eye on their four-legged partners, K9 Djanco and K9 NiKi.

“I never considered it. We keep peroxide to induce vomiting … We’ve got vests — the chances of them being shot are less than inhaling a substance,” he said.

Now, with the help of Boyle County EMS, the department is adding naloxone kits to their vehicles in case dogs are exposed to fentanyl.

Naloxone, a drug used to revive humans who have overdosed on drugs such as heroin and fentanyl, can also be administered to dogs. The naloxone kits in the vehicles give deputies the chance to get the dog to the vet, where they can be administered more doses of naloxone as needed and observed while the drugs work through their systems.

Unfortunately, Robbins said, it’s not always possible to know what specific drugs deputies and their K9s are exposed to when doing a drug investigation. That’s why it’s important to observe the dogs afterward, he said.

“Casey and myself, we can tell when the dogs aren’t acting right. We know our dogs,” Robbins said. “They live with you — you know when they’re hungry, not feeling good —it’s an opportunity to bond with the dog.”

It makes for a better understanding of the dog’s needs, Robbins said.

“It makes you a better team,” he said.